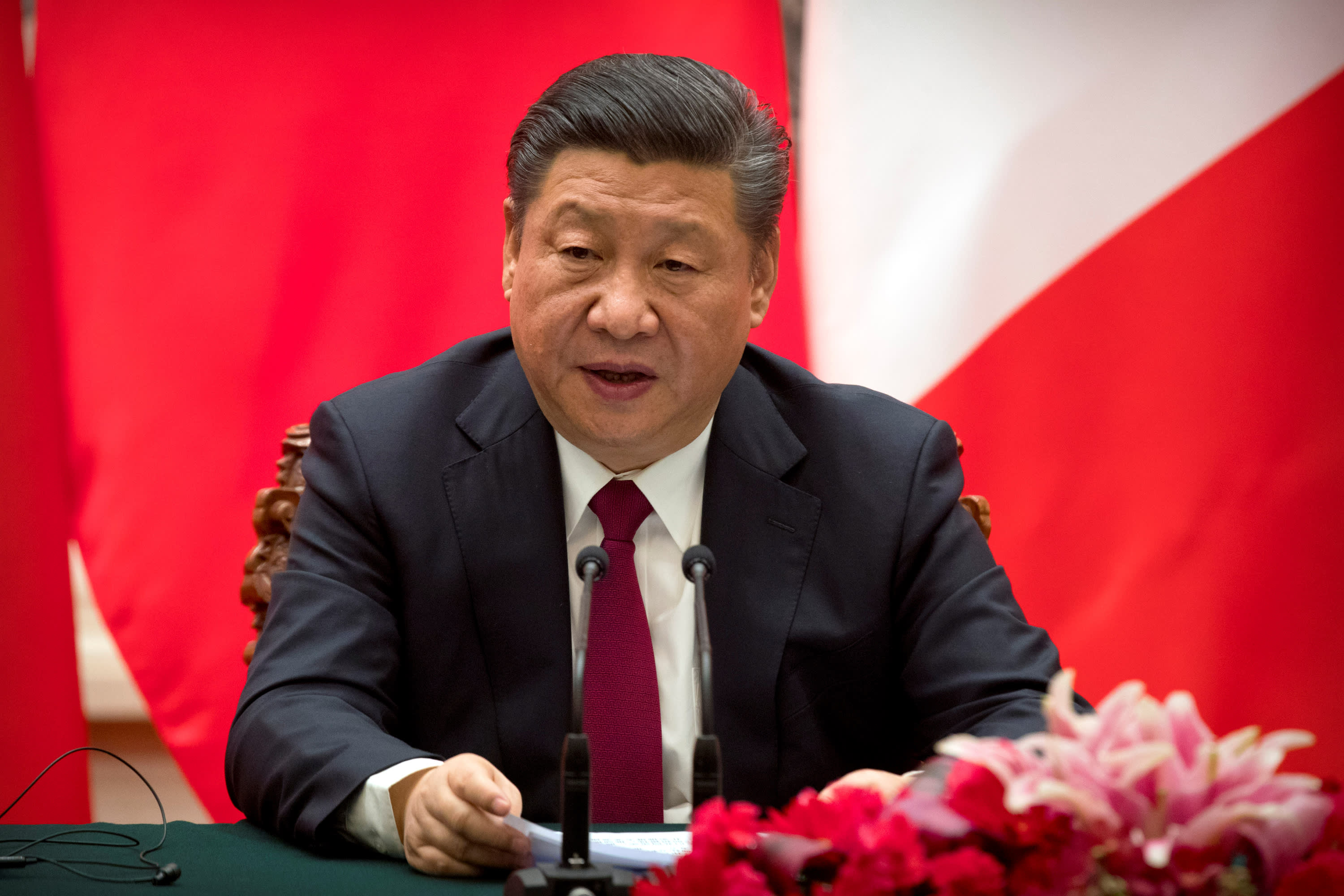 BEIJING -- China is preparing a nationwide crackdown on organized crime as the latest stage of President Xi Jinping's war on corruption, vowing to also root out local officials cooperating with so-called black societies.

Communist Party mouthpiece People's Daily printed a notice about a campaign by the party and China's government against black societies -- criminal organizations -- on the front page of its Thursday edition. The paper described the initiative as a key decision in line with "Xi Jinping Thought," the governing ideology the party adopted in October when Xi began his second term as party chief. "Every district and department" should take heed of the effort, the notice said.

Xi's graft-busting campaign began after he claimed the top party post in fall 2012 and promised to root out corruption among party leaders as well as small-time officials -- "tigers and flies," as the slogan goes. The president reaped strong support among the public as the campaign ensnared major targets including Bo Xilai, the powerful former party boss of Chongqing, and former Chinese security services chief Zhou Yongkang.

By contrast, "flies" in the party's far-flung regional offices have gone largely unchallenged, many critics say. But Thursday's notice shows that the party looks to take the swatter to any bureaucrat backing criminal organizations, a problem that has generated intense resentment among many in China. A successful crackdown likely will only strengthen Xi's power base.

Before his downfall, Bo himself led a campaign against black societies in 2009 as boss of Chongqing, an effort said to have led to the detention of some 50,000 individuals.

Yet these organizations historically have held deep ties to government in China. The Shanghai-based Green Gang emerged during the Qing dynasty and thrived into the 20th century, when it is said to have helped propel to power Chiang Kai-shek, leader of the nationalist Kuomintang that eventually fled to Taiwan.

The Communist Party all but stamped out organized crime after it took control of China in 1949. But many think the remnants of these groups have managed to maintain a fair amount of control, particularly outside China's major cities.