Xi's third-term plans in focus ahead of China's party conclave

Beidaihe locked down for annual meeting, but president's attendance not assured 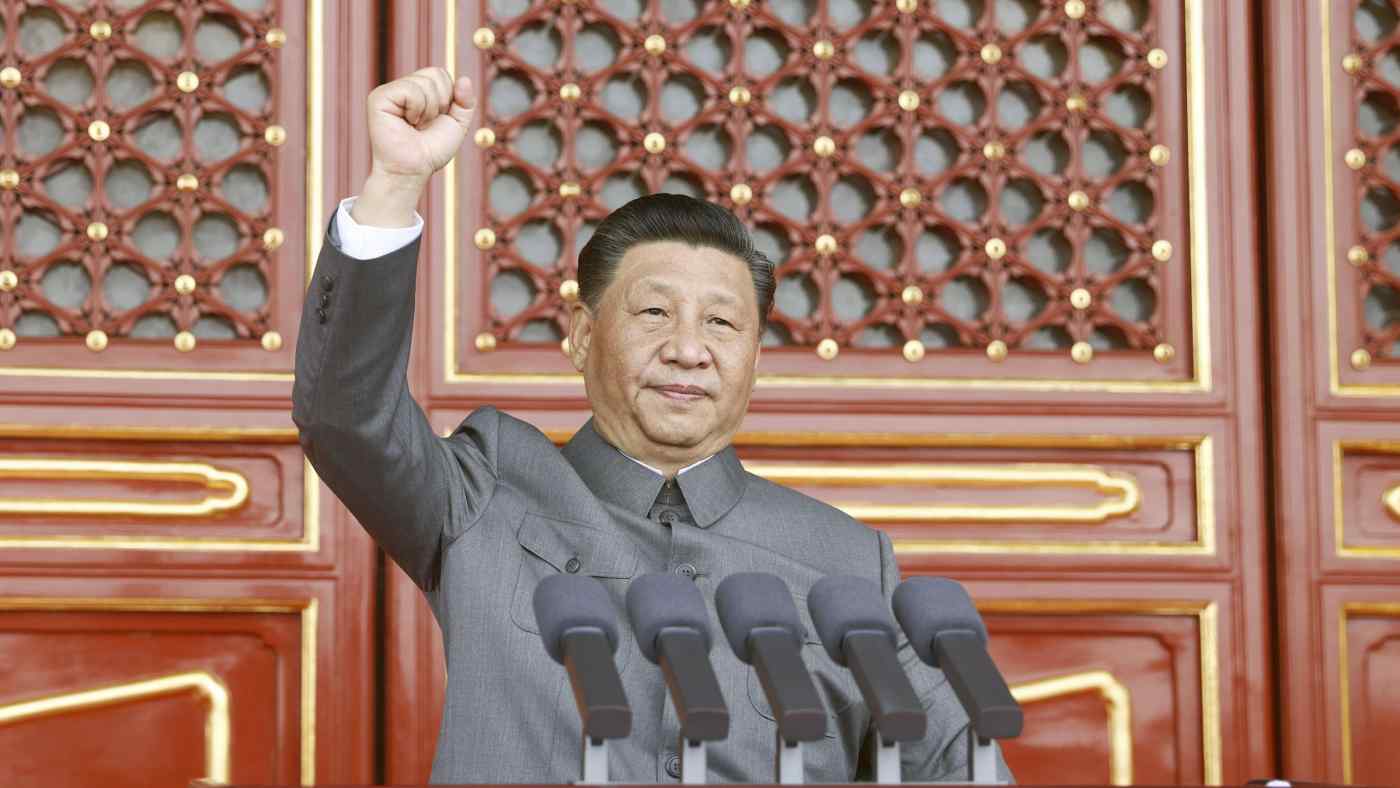 BEIJING -- As the annual conclave of Chinese Communist Party heavyweights in Beidaihe draws near, speculation is swirling over President Xi Jinping's plans for top appointments going into his expected third term -- and about whether Xi will even attend the gathering at all.

Every year around August, current and retired party leaders congregate at the seaside resort to discuss policy and high-level appointments, in a tradition dating to the days of Mao Zedong. The meeting is cloaked in secrecy, with no details about the schedule or agenda made public.

The area was already locked down tight when this reporter arrived Friday. At a highway exit to the resort, a police officer inspected the car, going so far as to take video of the contents of a pencil case.

Upon entering Beidaihe proper, another officer came running over, saying this reporter was suspected of illegally breaking through a checkpoint, and confiscated the keys to the car.

Even after the misunderstanding was cleared up, two black-and-white vans tailed this reporter for the duration of the visit. Upon sitting down to eat at a cafeteria, a pair of what appeared to be plainclothes officers sat at a nearby table, watching like hawks.

The conspicuous security drove home the point that this was a gathering site for party VIPs. Traffic was jammed at an inspection checkpoint on a highway exit to Beidaihe on July 23, ahead of an annual conclave of senior Communist Party members. (Photo by Tsukasa Hadano)

Xi could travel to Beidaihe himself, to appease party elders said to be annoyed with the president.

"There are cabinet members who have cleared their schedules for August in case they are called there by elders," a party insider said.

But it also has been rumored that the president could opt not to go.

Chinese media, in an unusual move, reported nothing at all about the comings and goings of senior party officials in Beidaihe last summer. With the coronavirus circulating that year and Xi already inclined to keep party elders and their opinions at arm's length, some China watchers speculated that he skipped the meeting.

If no information comes out of Beidaihe again next month, that could signal another absence. Such a development may indicate that Xi has consolidated power to the point that he makes personnel and policy decisions on his own without party bigwigs having their usual say.

The Communist Party's handling of the informal retirement guideline will offer hints about its next top leaders. The unwritten rule -- literally "seven up, eight down" -- holds that top officials who are 68 by the time of the twice-a-decade party congress are to step down.

Xi is 68, and he normally would be expected to step down at the next congress in fall 2022. But some in the party have declared that the age cap is not absolute.

"Xi intends to make himself an exception," said a professor at a prominent Beijing university who is versed in modern Chinese history.

The age convention goes back to the retirement of Jiang Zemin as party chief in 2002. Jiang is said to be at odds with Xi, and the former leader's absence from the July 1 festivities marking the Communist Party's 100th anniversary indicates that his influence is waning further, giving Xi a boost.

Another key question is who will succeed Premier Li Keqiang when he reaches the constitutionally mandated end of his tenure in March 2023.

Premiers are customarily appointed from the ranks of vice premiers, and it has been suggested that Xi could name an ally to one of these posts as early as this year to pave the way for a promotion.

Frontrunners are believed to include figures who have been close to Xi since the president's days as party secretary of Zhejiang Province, including Chongqing party chief Chen Min'er, Shanghai party secretary Li Qiang and Li Xi, the party head of Guangdong Province.

Vice Premier Hu Chunhua, long seen as a potential future premier, is said to be out of Xi's favor. Hu is part of the party's Communist Youth League faction -- a rival to Xi's power base -- along with Li Keqiang and previous President Hu Jintao. But his administrative skills are widely praised within the party, and there could be an internal tug of war over his fate.