Chinese leader calls for 'better governance in cyberspace' at conference "Despite having different conditions and facing various challenges, countries across the world share ... demands for better governance in cyberspace," Xi wrote in a congratulatory letter to the fifth World Internet Conference in the historic town of Wuzhen, suggesting the Chinese leader aims to bring other countries into the fold as well.

Xi also cited the need to "promote the global internet governance system to advance in a just and more reasonable way" in the message read by Huang Kunming, head of the Publicity Department of the Chinese Communist Party's Central Committee, which is charged with shaping public opinion.

The comments came after cases of online speech deemed illegal or improper reached 60.48 million in the nine months through September, according to the China Internet Illegal Information Reporting Center, a state body. Besides marking a 70% increase over the same period a year earlier, the count also surpassed the 52.64 million cases recorded for all of 2017.

In China, the media is considered the "throat and tongue," or mouthpiece, of the ruling CCP. The party views the internet as the chief battleground for control over the flow of information. The conference, launched in 2014, is part of the Xi administration's effort to strengthen regulation of online speech. 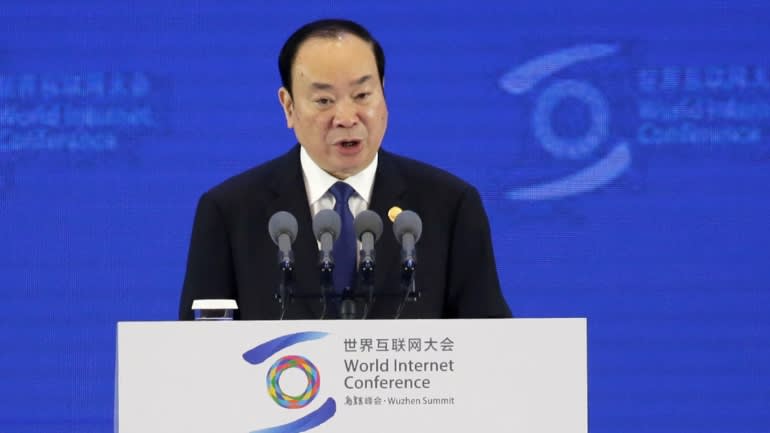 Authorities are putting particular effort into regulating smartphone services such as easy-to-use news apps, video-sharing platforms for short clips, and live-streaming apps where people can broadcast their own speeches or songs. Such apps are a growing force in shaping public dialogue, especially among young people.

In April, Chinese authorities ordered a freeze on downloads of four major news apps -- including the well-read Toutiao -- and shut down Neihan Duanzi, a popular app for sharing short videos. In July, penalties were imposed on 19 short-video-sharing apps, of which three were shut down. For live broadcasts, viewers as well as broadcasters are now required to use their real names.

Despite Xi's strengthening of controls, however, international figures see plenty of business opportunities in China's market of 800 million internet users. Along with government officials from emerging economies, executives from major internet players like Microsoft attended this year's Wuzhen conference.