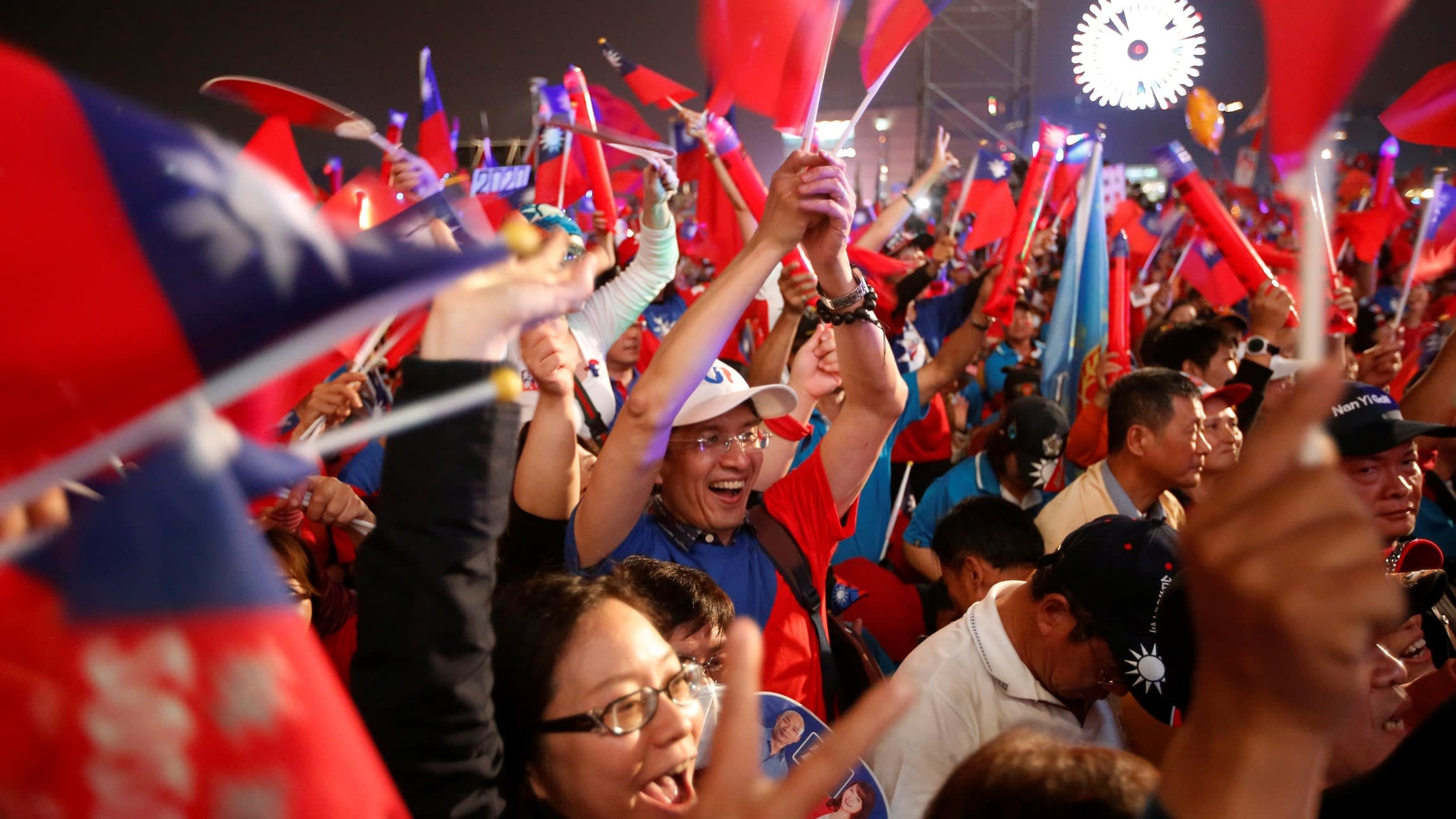 BEIJING/TAIPEI -- Chinese President Xi Jinping did not send the usual congratulatory message to the new leader of Taiwan's opposition Kuomintang after his election Saturday, as the party tries to shed a pro-Beijing image that contributed to its trouncing in January's general election.

Xi had sent messages in his capacity as Chinese Communist Party general secretary to the winners of the three Kuomintang leadership elections between 2015 and 2017. The Xi leadership seems to have concluded that sending congratulations to Chiang could hinder the Taiwanese party's efforts to recover. Communist Party-affiliated media as of Sunday had simply reported the results of the leadership contest with little fanfare.

The prior congratulatory notes called for both parties to adhere to the "1992 Consensus" -- an agreement between semiofficial envoys under which both sides recognize the mainland and Taiwan as part of "one China" -- and firmly oppose Taiwanese independence.

But Chiang's election occurs amid a growing distrust toward Beijing on the island. The mainland's hard line on reunification helped President Tsai Ing-wen sweep to reelection in January while her China-skeptic Democratic Progressive Party retained its legislative majority.

Kuomintang's heavy defeat has spurred soul-searching within the party regarding its traditional ties with Beijing.

In a January 2019 speech, Xi proposed applying to Taiwan the "one country, two systems" framework used in Hong Kong and Macao, which have been promised a high degree of autonomy under Beijing's leadership.

"We make no promise to renounce the use of force and reserve the option of taking all necessary means" against external interference and "separatists," he warned. This statement, followed by the widely reported crackdown on the pro-democracy demonstrations in Hong Kong that began in June, drove Taiwanese voters away from the Kuomintang due to its perceived coziness with the Communist Party.

Some in Taiwan see the lack of a congratulatory note as a form of tacit pressure on Chiang over his departure from longtime Kuomintang orthodoxy.

Unusually, both Chiang and Hau advocated rethinking cross-strait relations. Chiang used language about "freedom and democracy" that would not sound out of place in Tsai's DPP.

Chiang said last month that the Kuomintang should reconsider its policy on the 1992 Consensus, calling it out of step with the times and a reason why voters have lost trust in the party.

The Kuomintang has held that the 1992 Consensus allows both sides to differ in their interpretation of "one China." This let the Kuomintang-led government of Ma Ying-jeou, who served as president from 2008 to 2016, put the sovereignty issue on the back burner while promoting economic ties with the mainland.

But Xi's call for unification under "one country, two systems" has undermined this approach.

Chiang steered clear of controversy in his victory speech Saturday.

"I believe that the Kuomintang after reform will make you proud again," he said.

The new leader's support for rethinking the 1992 Consensus could throw a wrench into the mainland's Taiwan strategy. Xi's government is not engaging with Taipei based on Tsai's refusal to recognize the consensus. If the more China-friendly Kuomintang changes its stance, Beijing could be backed into a corner.

A representative of the Taiwan Affairs Office in China's cabinet expressed hope Saturday that the Kuomintang under Chiang will "cherish and maintain" the political foundation between it and the Chinese Communist Party.

The leadership change also comes against a tricky diplomatic backdrop for Beijing and the Kuomintang.

The U.S. House of Representatives on Thursday passed the Taiwan Allies International Protection and Enhancement Initiative Act, which calls for Washington to consider cutting or ending aid to countries that switch diplomatic ties to mainland China from Taiwan, as several nations have done in recent years under pressure from Beijing.

The TAIPEI Act also urges support for Taiwanese membership in international institutions and a restart of trade talks with Taipei. President Donald Trump is expected to sign the bill.