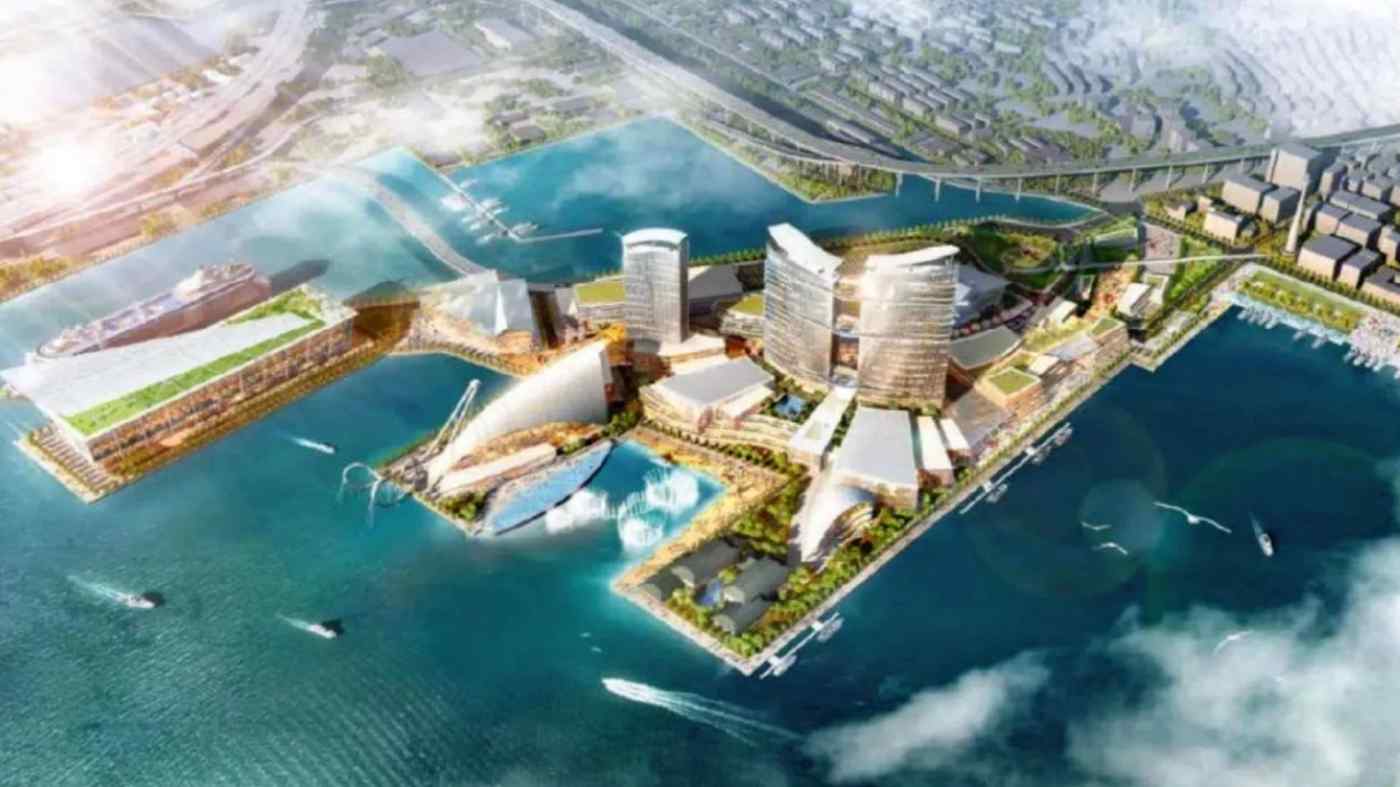 Yokohama expects economic benefits to come from hosting a casino and surrounding resort, though residents worry about the downsides of a gambling den in their community. (Rendering of completed venues)
KATSUYA MIYAKAWA, Nikkei staff writerAugust 19, 2019 18:39 JSTUpdated on August 22, 2019 18:16 JST | Japan
CopyCopied

TOKYO -- The City of Yokohama will bid to host a large resort that will include a casino, Mayor Fumiko Hayashi announced on Thursday.

The Japanese government has announced a plan to build three so-called integrated resorts, with Osaka Prefecture currently the leading candidate to land one. Yokohama will be the second major city to put in a bid for a site. In the Kanto region around the capital, the Tokyo Metropolitan Government and the city of Chiba are also discussing bids.