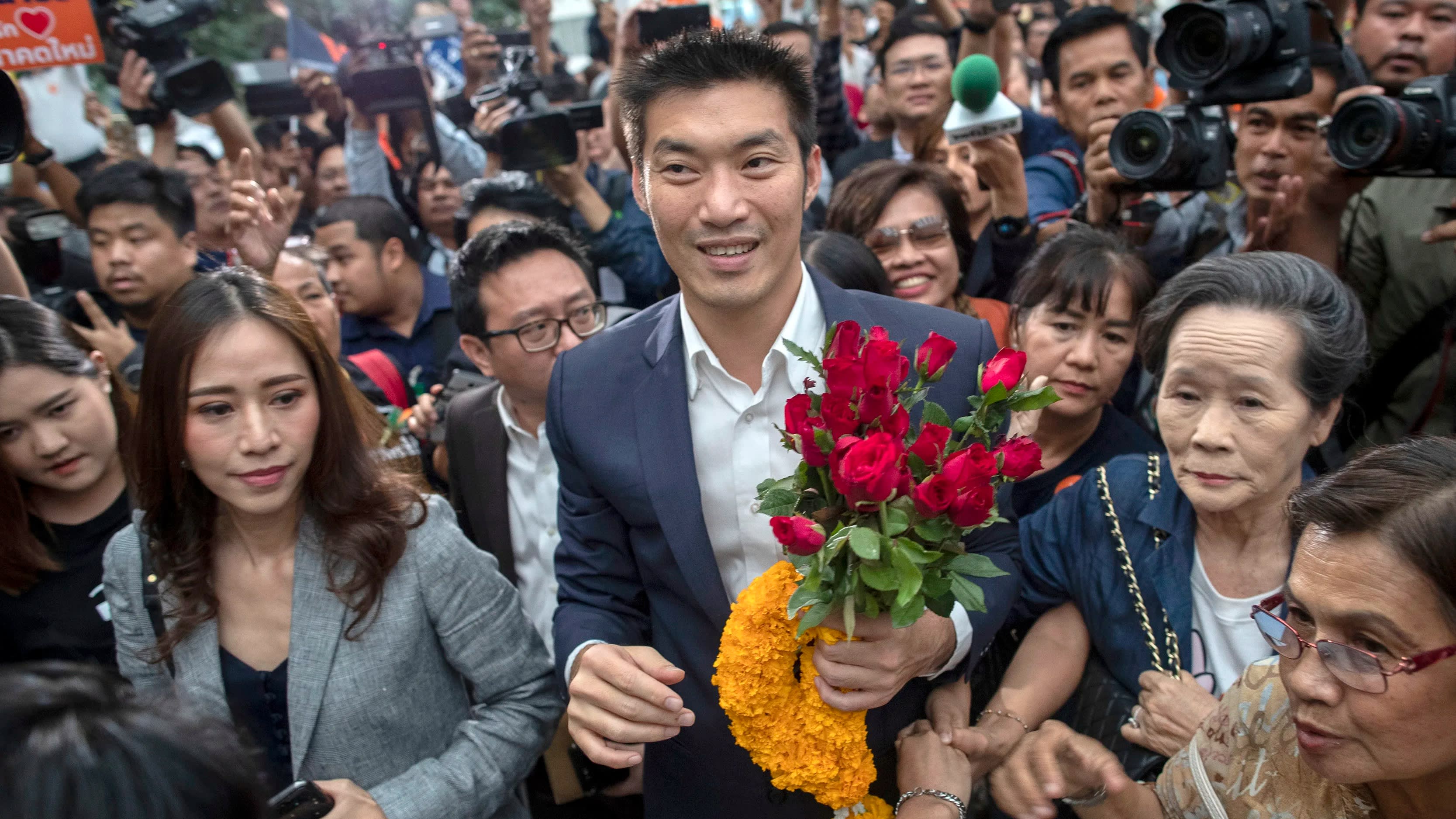 The Election Commission of Thailand on Wednesday decided to file a petition to the Constitutional Court, asking the court to make a judgement on whether the party broke the law by accepting a loan from leader Thanathorn Juangroongruangkit.

The 41-year-old millionaire lent more than 191.2 million baht ($6.3 million) to his own party that was formed in March 2018. The election authority said the party violated a law that bans any donation from an illegal source but provided no further details.

The party rebutted by saying that loans were not specified as an illegal source of funding for political parties. Future Forward spokesperson Pannika Wanich claimed that the election authority was politically motivated to act against her party, which had advocated a cut in military budget and a review of the role played by the monarchy in the past.

The fate of the party now hangs on a decision by the Constitutional Court. The court first needs to decide whether to accept the petition, and then to judge if the act was unlawful. If the court decides to go ahead with the petition, the party could face a suspension during the period of inquiry.

If the court finds that the party had violated the law, Future Forward may face an order of dissolution. Its executive members will not be allowed to form a new party or become an executive of another party for 10 years.

The decision by the Election Commission was a second major blow to Future Forward. The court ruled on Nov. 20 to strip Thanathorn of his status as a member of parliament, claiming the party leader had failed to prove that he had sold off his media shareholdings before running for office. This ruling by the court was observed by diplomats from the U.S. and the European Union.

Indeed, the case against Future Forward is being closely watched by the international community, which has accused the government led by Prime Minister Prayuth Chan-ocha of suppressing democracy. Prayuth was junta chief until the general elections in March.

In the general elections in March, Future Forward secured 80 of 500 lower house seats, making it the third largest party. About 18% of overall votes went to the party. If disbanded, members must find a new party to join within 60 days. Otherwise, they would also lose their parliamentary seats.

The most recent dissolution order from the Constitutional Court came in early March, just before the general elections. Thai Raksa Chart Party, a friendly ally of ousted prime minister Thaksin Shinawatra, tried to nominate King Maha Vajiralongkorn's elder sister Princess Ubolratana as its candidate for prime minister. The court ruled that the party had breached a long-standing tradition that places the palace above politics.

"The future of Future Forward Party will be like Thai Raksa Chart Party," said Pitch Pongsawat, faculty member of political science at Chulalongkorn University. "The Constitutional Court is just a tool to show that proper procedures were taken to disband the party," he added.