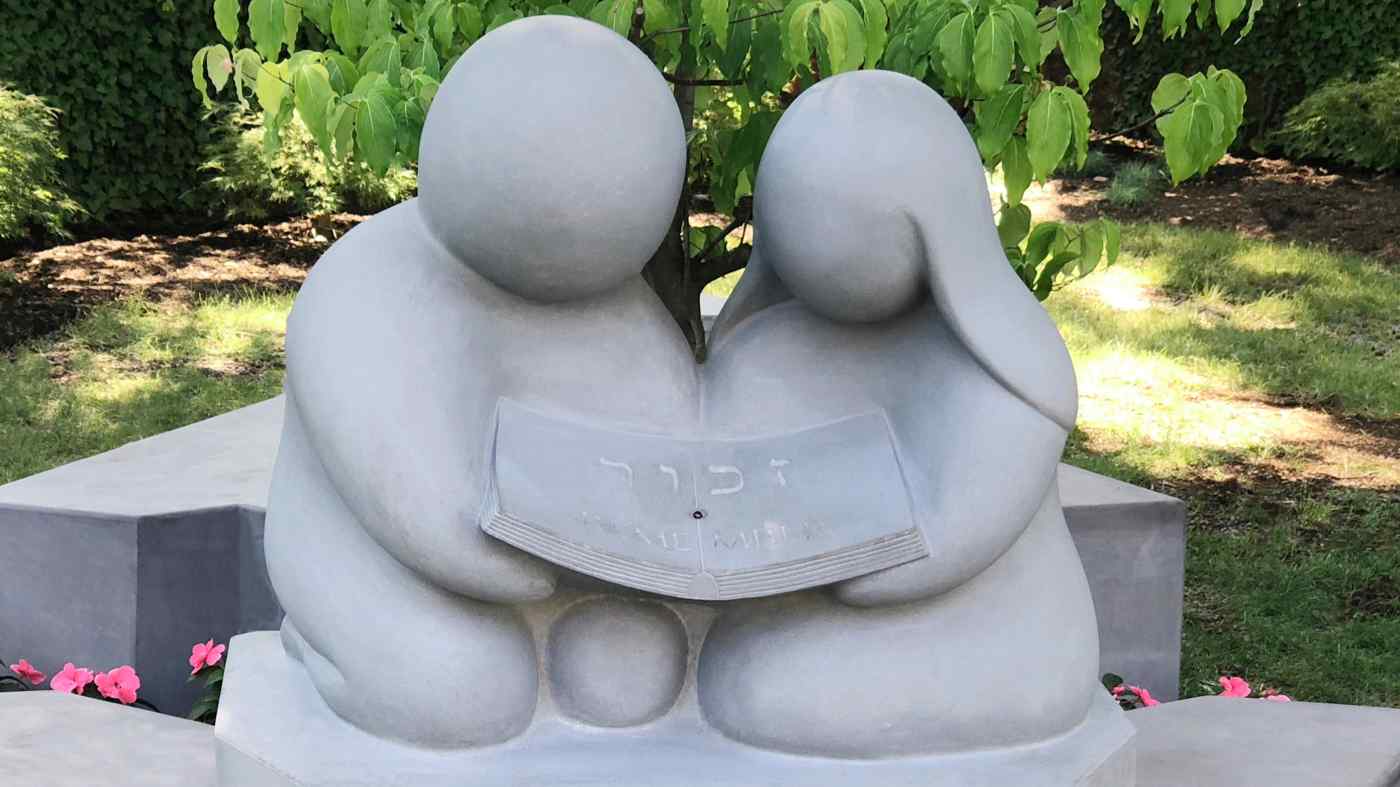 TOKYO -- Japanese sculptor Minako Yoshino had just moved to New York when two hijacked jets smashed into the side of the World Trade Center on Sept. 11, 2001. The horror and destruction of that day sparked a period of deep emotional turmoil for the artist. But she soon found solace in the idea that even when people with firsthand memories of an event are gone, art can help their stories live on into the future. Nikkei interviewed Yoshino and asked for her thoughts on the role of art since the Sept. 11 attacks. The following are edited excerpts from the interview.

In 2001, the attacks occurred near my workplace in New York. It was immediately after I moved to the U.S. to study art. I was totally clueless as to what was happening and was blankly staring at plumes of smoke rising from the ruined buildings. In the middle of the ensuing chaos, I went out to try to find something beautiful.

I wandered around the city and found myself standing in front of the sculpture of "A winged youth surveys the globe in a large plaza" in the Columbus Circle near Central Park. Overwhelmed by a sense of powerlessness, I visited the place every day, crying. I felt the angel statue gently embraced me and my sadness.

I started sculpting after that and produced some works to mourn for the victims of the terror attacks and the Mar. 11, 2011, earthquake and tsunami in Japan. In 2018, at the request of the Jewish community in the U.S., I produced and installed "Holocaust Memorial (Children reading a history book)" at the synagogue in Englewood, New Jersey. I have kept thinking what art can do for people who have been struck by overwhelming tragedies.

In the wake of the 9/11 attacks, I struggled to accept the implications of what happened in front of my eyes. On one of those days, I found a block of marble with flow patterns, a kind of material that is generally not suitable for sculpting. It looked to be weeping to me. I put my heart and soul into carving the marble into a woman's head which seems to be shedding tears. I named it "Tears." In "Tears," Yoshino carved marble into a woman's head which seems to be crying.

As the conflict triggered by the 9/11 attacks intensified, I produced "Pain," and after the Iraq War started, I made "Pray." For these three works, which I collectively named "Series for Peace," I received the National Sculpture Society's Best Young Artist 2004 award. The organization is the oldest sculpture society in the U.S.

The award led to my participation in the project to construct the Hearst Tower, the first high-rise built in Manhattan after 9/11. The tower was to be built on a century-old six-story structure, known as the Hearst Magazine Building. My job was to repair 12 damaged stone statues surrounding the tower. From the scaffold on which I was working, I could see the statue of an angel. As I was aware that those statues would be part of the cityscape for centuries, I wanted to leave a valuable legacy for the future. 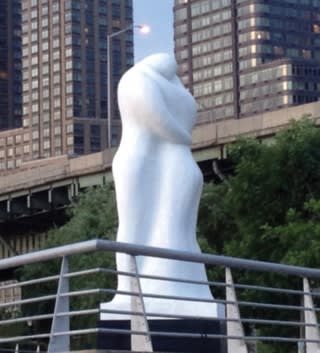 In 2014, I installed my first public artwork, "Lovers," in New York. Inspired by Izanami and Izanagi, the male and female deities in Japanese mythology who were tasked with creating the islands of Japan, I created a monument depicting male and female figures embracing each other. Around the 2.75-meter-high monument, I arranged 1,000 pebbles in a circle, on which people from 63 countries wrote messages of love.

Some people shed tears as they saw the completed monument and hugged me when they learned I was the artist. I felt that the world had become divided by sorrow and hatred after the 9/11 attacks. I aspired to become an artist who could reconnect the divided world. Public responses to my monument made me feel rewarded.

My works led the local Jewish community to assign me the task of creating a sculpture for the Lisa and Joseph Reibel Holocaust Memorial Garden at Congregation Ahavath Torah synagogue in Englewood, New Jersey. I heard it was rare for such a job to be entrusted to a non-Jewish person. I was surprised by Jewish people's enthusiasm for handing down memories of their history of tremendous suffering to future generations. I received thick files of reference materials almost weekly and discussed the project for hours with the people involved. I was uncertain about how to translate the countless stories about Jewish people's horrifying experiences into works of art. It is indeed important not to forget the hatred and sorrow created by these experiences, but conflict will never end unless the chain of hatred and hostility is broken somewhere.

I produced a Holocaust Memorial sculpture titled "Children reading a history book" for the garden. It features two children reading a book together, which is opened to a page saying "Remember." The work is designed to stress the importance of learning history and thinking together, with the children symbolizing a peaceful future.

Immediately after 9/11, I found solace in seeing the statue of an angel. Art can serve as a tool for people to show sympathy to those who are going through hard times, and to share joy and sorrow with others. Art has the power to connect people who speak different languages, believe in different religions or have different nationalities. The world is still riddled with conflict. We need to learn what has happened and is happening in the world and face the facts of that situation. I want to create works that help cure hatred with mercy and love.

Minako Yoshino is a native of Toyama, a central Japanese city along the Sea of Japan coast. She moved to the U.S. in 2001 and has been working as a New York-based sculptor. In 2004, she received the National Sculpture Society's Best Young Artist award for her Series for Peace, including a stone memorial for the victims of the Sept. 11 terror attacks.