US and China barrel into economic cold war 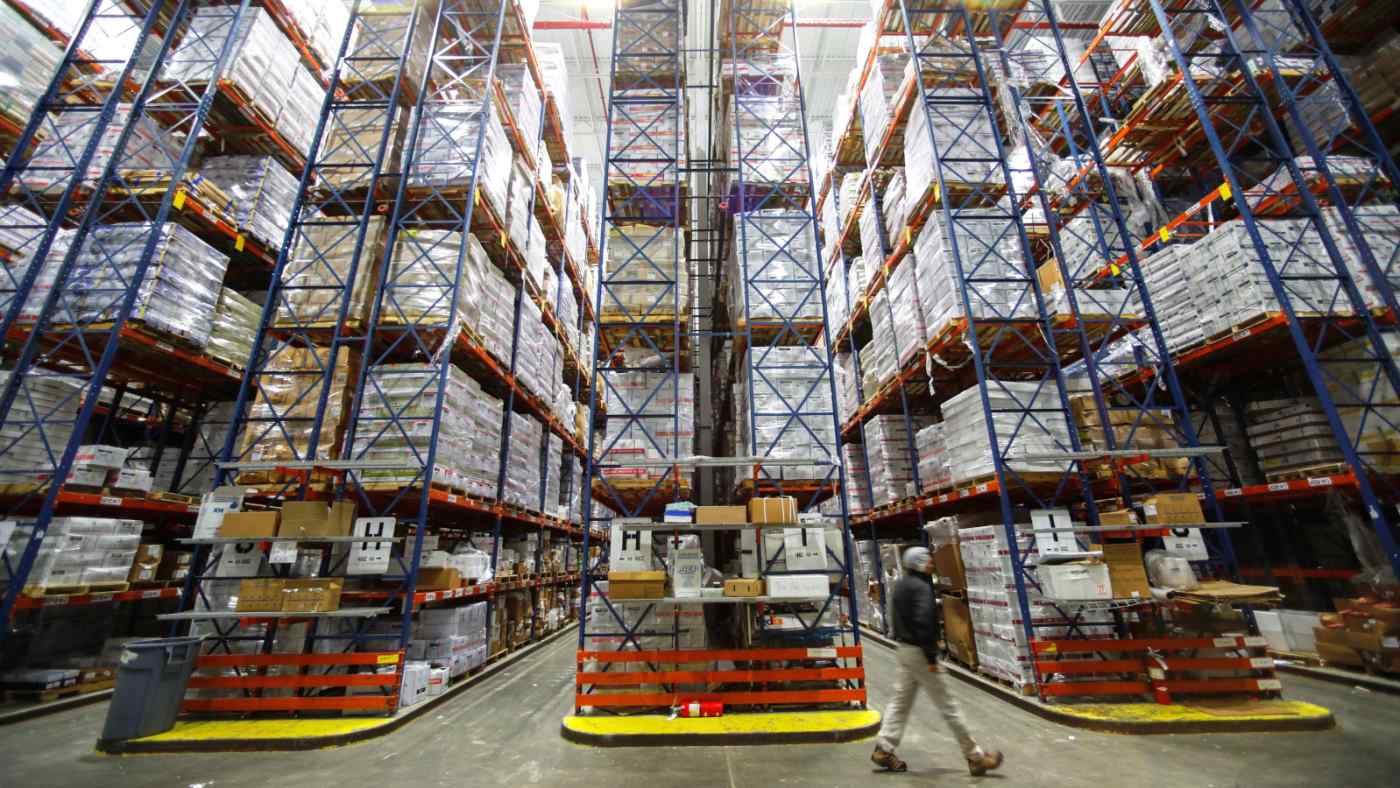 Imported frozen seafood, some from China, is shown housed in a large refrigerated warehouse in Vernon, California. The trade war has had wide-ranging consequences for businesses on both sides.    © Reuters
TAKESHI KAWANAMI and OKI NAGAI, Nikkei staff writersDecember 28, 2018 17:58 JST | North America
CopyCopied

WASHINGTON/BEIJING -- The U.S.-China trade dispute is on the verge of morphing into an economic cold war colored by a struggle for hegemony in both the technological and national security spheres.

At the moment, U.S. President Donald Trump is claiming the advantage. "China just announced that their economy is growing much slower than anticipated because of our trade war with them," he tweeted Dec. 14. "They have just suspended U.S. tariff hikes. The U.S. is doing very well. China wants to make a big and very comprehensive deal."

This came on the heels of Trump's meeting with Chinese President Xi Jinping Dec. 1 in Argentina. The two sides agreed to discuss over a 90-day window ways China could correct what the Office of the U.S. Trade Representative terms "unfair, unreasonable" trade practices.

Intellectual property, cyberattacks and technology transfers will be on the agenda when working-level talks begin as soon as January. In return, both sides are postponing additional tariffs.

The feud has reached a state beyond what could be fairly described as a "trade war," however. During the 2016 presidential campaign, candidate Trump took aim at America's $380 billion annual trade deficit with China. But the tariffs put into place in July were framed as a defense of intellectual property rights.

Washington also points the finger at Beijing's "Made in China 2025" initiative, which aims to develop the domestic tech sector through large public subsidies.

"We've had enormous concerns for years about ... the practice of Chinese firms to use stolen American intellectual property," National Security Adviser John Bolton said in an interview. He cited Huawei Technologies as "one company we've been concerned about."

Bolton's statement came just a few days after Huawei's chief financial officer, Meng Wanzhou, was arrested Dec. 1 in Canada at the behest of Washington. Meng's arrest caused a huge uproar in China, and multiple Canadian citizens have been detained in what sees to be retaliation.

Meng is charged with evading U.S. trade sanctions on Iran. But Huawei, a symbol of Made in China 2025, has also spearheaded in developing 5G telecommunications networks. The technology would power artificial intelligence, autonomous driving and other cutting-edge innovation. The U.S. fears China getting the upper hand in setting international 5G standards could pose a threat to national security. The U.S. is wary of China's advances toward a technological power house. Huawai is set to surpass Apple as the largest smartphone seller this year.    © Reuters

Publicly, Xi is avoiding reprisals against the U.S., even going as far as to temporarily lift the 25% retaliatory tariff on American autos. With the Chinese economy slowing under the trade war, Beijing is looking for a truce ahead of the negotiations with the U.S.

"China will make concessions, which will include revisions to Made in China 2025," said a source connected to Sino-U.S. diplomatic channels. "Some sort of agreement is possible."

Others are not so hopeful. Jack Ma, the outgoing executive chairman of Chinese e-commerce leader Alibaba Group Holding, said the trade war will last "maybe 20 years."

In October, U.S. Vice President Mike Pence said the U.S. "will continue to take action until Beijing ends the theft of American intellectual property, and stops the predatory practice of forced technology transfer."

In August, U.S. lawmakers passed a defense authorization bill that bans government agencies from procuring equipment from Huawei and other Chinese suppliers. Officials are also stepping up scrutiny of Chinese investments on U.S. soil.

The U.S. Justice Department launched in November the "China Initiative," a high-level task force to investigate industrial espionage by Chinese agents. These development highlight how the trade conflict is escalating to an economic cold war.

The events in 2018 hang a question mark over the coming year. The International Monetary Fund projects a 0.8-point retrenchment in the global economic growth rate if the U.S.-China trade war causes disturbances in financial markets. That would bring growth to below 3%, the line considered the threshold between a weak and strong economy.

But if the two sides suddenly reach a deal, then China would boost imports from U.S. companies as a matter of national policy, with third countries like Japan being left out of the supply chain, said a Washington lobbyist.

The U.S.-China rift is widening on diplomacy and regional security as well.

The Americans have stepped up pressure on the Taiwan and South China Sea issues, and bypassed China -- the biggest backer of North Korea -- in nuclear talks with North Korea.

A near-clash between Chinese and U.S. warships around the South China Sea's Spratly Islands at the end of September send chills through the international community. The U.S. ship was on a "freedom of navigation operation" designed to assert the right to sail in international waters, when the Chinese vessel approached to an unusually close distance.

Trump and Xi made no public mention of the incident when they met earlier this month, signaling that they have yet to find a common ground.

The two countries are escalating a tug of war on North Korea as well. Since Trump and North Korean leader Kim Jong Un met in a historic summit in June, Xi has invited Kim to China three times in an apparent display of Beijing's strong influence over Pyongyang.

The U.S. and China remain far apart on sanctions against North Korea and its denuclearization process.

Yet each has been careful not to cross each other's red lines. The U.S. has said it will maintain the One-China Policy, which holds that Taiwan and the mainland China belongs to one China.

China, on the other hand, has steered clear of land reclamation around the Scarborough Shoal, which the U.S. considers a red line. The two countries have resumed military exchanges since the September incident, and are expected to go to great lengths to avoid accidental military clashes, which in turn signals that both sides are gripped by a deep sense of crisis.