5G technology was the talk of the Mobile World Congress in Shanghai in June, where China Mobile announced plans to build 50,000 base stations in 50 cities this year.   © Reuters
SHUNSUKE TABETA, Nikkei staff writerJuly 29, 2019 13:23 JST | China
CopyCopied

BEIJING -- China's state-run telecommunications companies are rushing to usher in the 5G era, not only for consumers but also for industries that stand on the cusp of data-driven technological transformations -- from steelmaking to health care.

China Mobile aims to build over 50,000 5G base stations in more than 50 cities across the vast mainland, enabling it to launch commercial service by the end of this year. Chairman Yang Jie announced the strategy on the sidelines of the Mobile World Congress 2019 in Shanghai in late June. The company also intends to launch its own smartphone brand and, in 2020, expand the base station network to around 300 cities.

The wave of construction and investment by China Mobile and other state carriers means more than just the arrival of lightning-fast transmissions. For the government, it is a way to spur job creation and support embattled equipment suppliers like Huawei Technologies as the trade conflict with the U.S. drags on.

Armed with a fresh license from Beijing, China Mobile has placed 38.7 billion yuan ($5.62 billion) worth of orders with major telecom equipment makers to secure base stations and other components, according to Chinese media reports. Although the value of the orders deliverable within 2019 is unknown, it will likely exceed the company's plan to invest 15 billion yuan to 17 billion yuan in 5G technology this year, announced in March.

China Mobile will also accelerate the introduction of 5G smartphones and other devices. It plans to release its own-brand smartphone, the Forerunner X1, in August, with production reportedly farmed out to a contract manufacturer in Taiwan.

Fellow state player China Unicom is poised to launch 5G trial services in 40 cities, including Shanghai. President Li Guohua has said the company will use 5G to promote the spread of digital devices in China. In addition to services for the general public, China Unicom has plans to tie up with major manufacturers and other companies to expand the industrial use of 5G.

China Unicom has already formed a strategic alliance with China Baowu Steel Group, the nation's largest state-owned steelmaker, in the 5G field. Under the agreement, the carrier will set up a 5G communications network in the steelmaker's main Baoshan iron mill so that all operations can be monitored in real time. The goal is to prevent accidents, improve steel product quality and cut production costs, company officials explained.

The mobile carrier has concluded a similar deal to help a joint venture between China's Chery Automobile and U.K.-based Jaguar Land Rover improve efficiency and quality through automation. The next-generation wireless technology is also expected to give cars new functionality while bringing autonomous driving closer to reality.

Yet another mobile player, China Telecom, intends to build 5G base stations in more than 40 cities. It has already begun performance tests on facilities and handsets in eight cities, in cooperation with top Chinese telecom equipment maker Huawei Technologies.

China Telecom will also step up collaborations with ZTE and other equipment suppliers. And like China Unicom, it has its sights set on industrial applications.

One plan is to work with a university hospital in the city of Wuhan, in Hebei Province, and another hospital in the island province of Hainan to make remote care practical. 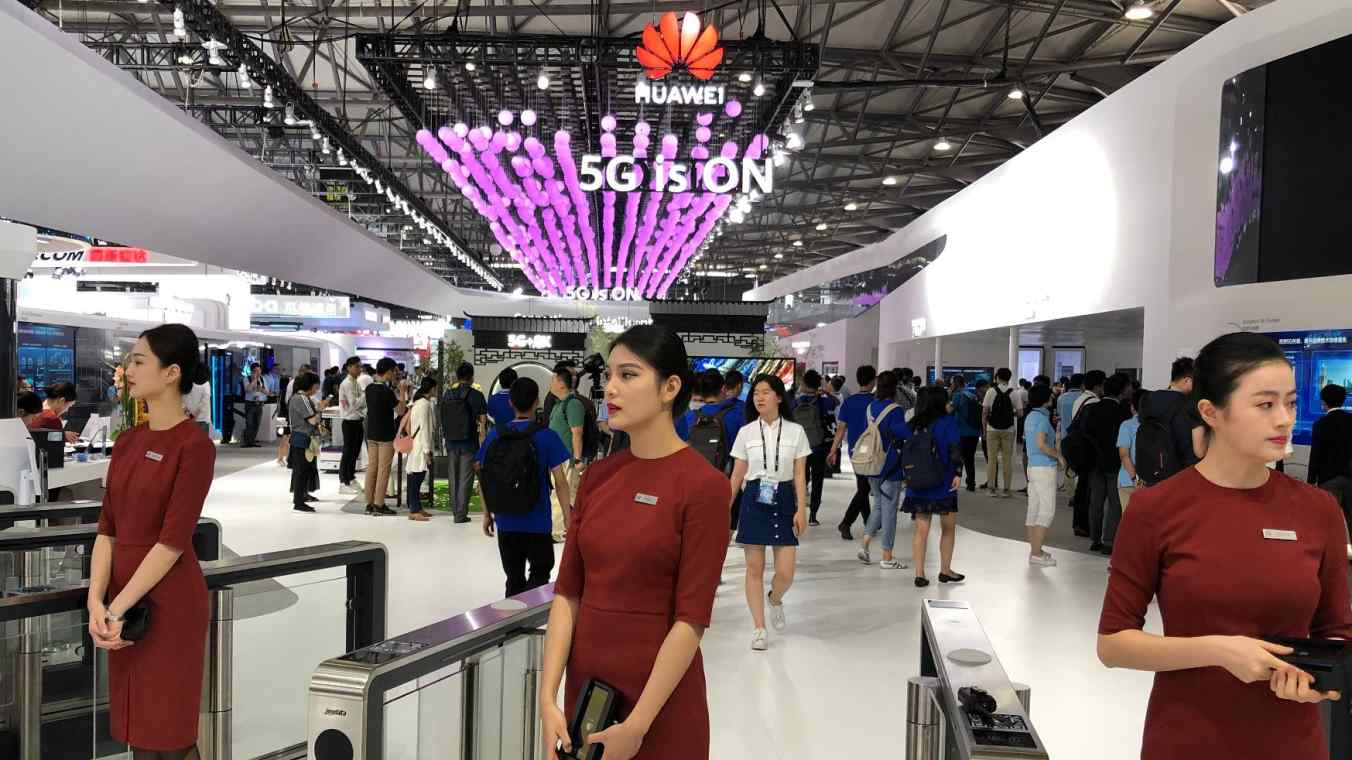 India still wary of Huawei's 5G despite 'no back door' pledge

China Broadcasting Network, which provides broadband services under the wing of the National Radio and Television Administration, has also kicked off preparations to offer commercial 5G services. The details have yet to be announced, but the company is believed to be planning video services centered on the new technology.

The government issued 5G business licenses to the four telecom operators in June, hoping to spur investment and help shore up a Chinese economy hit by the trade war with the U.S. The China Academy of Information and Communications Technology (CAICT), a government-affiliated research organization, projects that direct 5G-related output, such as sales of facilities and handsets, will be worth 484 billion yuan in 2020.

By 2030, the value is expected to balloon to 16.9 trillion yuan, including ripple effects on other industries.

The issuance of the licenses was also seen as an attempt to support Huawei, which has been targeted by the U.S. government as an alleged security threat. According to Chinese media, roughly half of China Mobile's orders for 5G equipment in June went to Huawei. Among the other beneficiaries, Sweden's Ericsson ranked a distant second, with 30%.

Huawei will provide half the handsets China Mobile will use in its trial 5G services. The rest will also be supplied by Chinese players -- 20% each from ZTE and Xiaomi, and 10% from Oppo.

Investment in 5G is also expected to support employment in China, amid concern that dwindling trade with the U.S. will hurt the job market. CAICT says the investment spree will directly create 540,000 jobs in 2020. Including indirect effects, 5G is expected to be responsible for the creation of 20 million jobs by the time the tech is widespread in 2030.