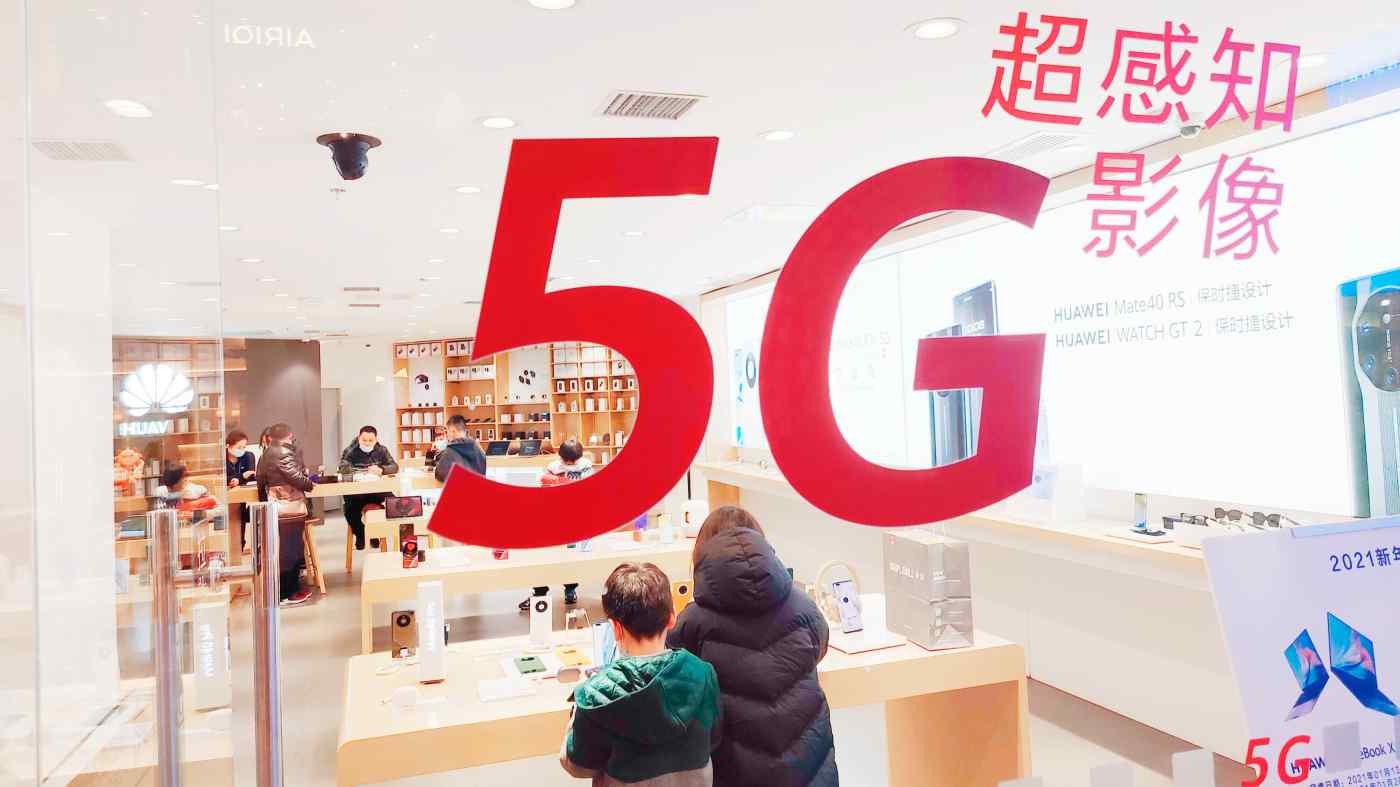 HONG KONG -- Spending on 5G networks and other infrastructure by Chinese telecommunications companies dropped 25% in the first half of the year, a period they had previously identified as a peak time for building out their new high-speed systems.

The drop reflects a combination of microchip shortages that have affected equipment availability and efforts by the carriers to cut costs by sharing infrastructure.

In announcing its half-year results on Thursday, China Unicom indicated that its capital investments fell 45% from a year before to 14.28 billion yuan ($2.2 billion). In comments to reporters, Chairman Wang Xiaochu referred to the company's infrastructure sharing arrangement with peer China Telecom which he said has "gained plenty of achievement."

This compares with 184.23 billion yuan in the same period last year, when COVID lockdowns disrupted construction, and 151.13 billion yuan for the comparable part of 2019, before the main phase of 5G network construction.

The "co-build, co-share" arrangement under which Unicom and China Telecom jointly built and use 5G infrastructure has saved the pair more than 86 billion yuan since 2019, China Telecom Chairman Ke Ruiwen said last week.

The duo have extended their arrangement into sharing existing 4G networks too, which has saved them more than 24 billion yuan. "The dividend of 'co-build, co-share' is indeed expanding," Ke said.

China Telecom's lowered spending was also partly the results of the global shortage of microchips that has affected production of cars and many other items. Executive Vice President Liu Guiqing said the lack of chips had caused delays with delivery of some network equipment, affecting his company's 5G network construction.

"The issue actually existed during the first half," he said. China Telecom's first-half capital spending fell 37% from 2020 to 27.01 billion yuan. But with supply snags clearing, Liu said the company would maintain its original forecast of 87 billion yuan for full-year spending.

China Mobile has its own infrastructure sharing arrangement with China Broadcasting Network, a unit of a state-owned broadband company licensed last year to enhance competition as the country's fourth 5G carrier. The two telecom companies' cooperation centers on the joint utilization of the 700-megahertz bandwidth, which allows wider signal transmission using fewer base stations.

China Tower, the three large operators' joint venture, saw its capital expenditure fall 28% during the first half to 10.36 billion yuan.

Chairman Tong Jilu said last week that the cell-tower builder "was especially keen on the efficient management of capital spending," adding that the sharp decline in spending reflected the "construction speed of the network operators."

At the same event, Chief Accountant Gao Chunlei appeared to hint at a change to the company's annual plan, saying the full-year capital budget would "be controlled within 30 billion yuan." In March, he had said the annual figure would be "around 30 billion yuan."

According to Ministry of Industry and Information Technology figures published last month, the country had 365 million active 5G connections as of June 30, up 166 million from Dec. 31. According to ministry figures reported by state news agency Xinhua, nearly three-quarters of the mobile phones shipped in China in the first half were 5G-equipped.

Savings on capital spending is translating into higher cash flow for the carriers, which in turn are raising their shareholder dividends.

Unicom announced on Thursday that it will pay its first-half year dividend, at a rate of 0.12 yuan per share, and would consider increasing its current dividend payout rate of 40% with its year-end shareholder reward, with Chairman Wang referring to "continuous good control of capital expenditure."

China Telecom had earlier said it would start paying a half-year dividend next year and raise its payout ratio above 70% by 2023 from 40.3% last year. China Mobile has raised its interim dividend 6.5% to 1.63 Hong Kong dollars per share, "after given giving full consideration to its profitability, cash flow generation, and future development need."

The lowered capital spending and higher payouts have boosted analyst and investor enthusiasm for the Chinese telecom companies. By some analysis, construction of 4G networks was more profitable for infrastructure and handset makers than the operators.

Edison Lee, an analyst at Jefferies in Hong Kong, believes his "below-consensus 5G capex forecast is playing out, given 5G co-building and [China Mobile]'s ability to share CBN's 700 MHz spectrum for 5G build out."

"We forecast Chinese telcos' capex will start falling in 2022, even if we do not factor in [China Telecom and China Unicom]'s participation in the 700 MHz 5G co-build," said Lee who has "buy" ratings on all three of the big Chinese carriers.

"We are indeed in the investment peak period, but our spending will not be jumping up," China Mobile's Yang said. "Look at our capex figures, they are not large, it is in a reasonable range."