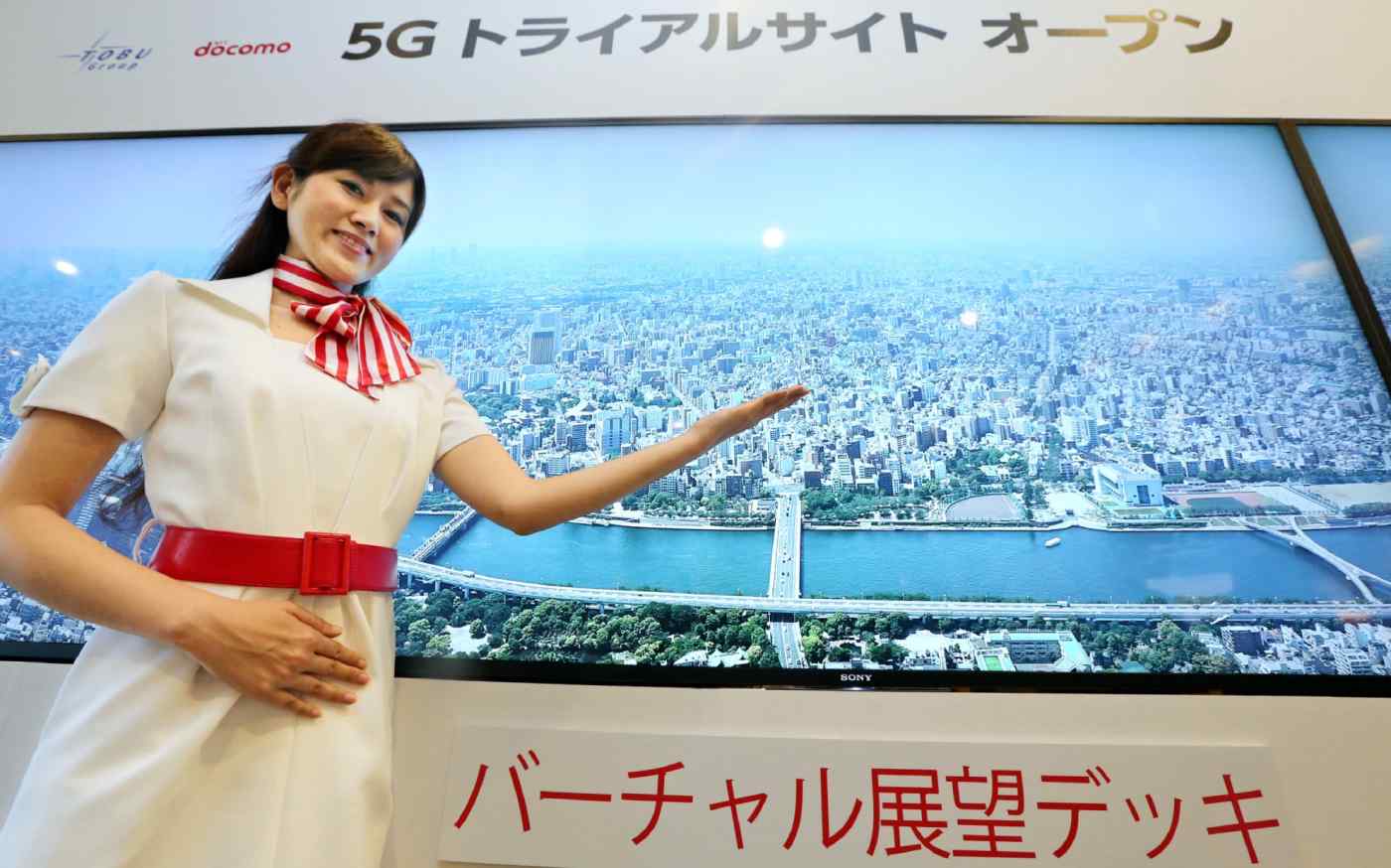 The country's top three carriers -- NTT Docomo, KDDI and SoftBank Corp -- rolled out 5G services in late March ahead of Japan's new fiscal year, which started in April, and the Golden Week holiday which lasted from the end of April until early May.

But top executives were muted about the initial response to 5G in recent earnings calls. "It was a so-so start," SoftBank CEO Ken Miyauchi told reporters on Monday.

NTT Docomo CEO Kazuhiro Yoshizawa pointed out that the number of customers that had visited its stores on one Sunday fell about 70% from a year ago because the company shortened operational hours. "If this continues, there will be an impact on sales," Yoshizawa said.

E-commerce group Rakuten added to the gloom on Friday when it announced a three month delay on the launch of its 5G service, originally slated for June. The company had made a splash as Japan's fourth national carrier by rolling out 4G in early April.

Rakuten said its network verification process in India was hampered by the nationwide lockdown in the country.

The spring launches were originally meant to set the stage for 5G to take off later in the year, with carriers planning to showcase the next generation cellular technology during the Tokyo Olympics in July.

That would be followed by the highly anticipated release of Apple's 5G iPhone in the fall.

Before the pandemic triggered a nationwide state of emergency, carriers had held events to help build up excitement -- NTT Docomo, for example, set up a facility in Tokyo equipped with 5G powered virtual reality games.

The initial plans consisted of users paying around $10 extra on their monthly bill to upgrade their existing 4G subscription plans, but most carriers have waived the additional charges during an initial promotion period.

But the decision to delay the Olympics was followed by Japan's "loose lockdown" where people were asked to stay at home and for certain businesses to close.

Carriers either shortened store business hours or closed some of them entirely, leaving little room for users to try out 5G handsets.

Even those who visited stores were faced with a lack of options after carriers struggled to secure enough smartphones due to temporary factory shutdowns across Asia, said Akira Sugawara, an analyst at IDC Japan.

"The impact of missing the first major sales opportunity is significant," Sugawara said. "The next sales season won't come until the summer."

A delayed ramp up of 5G may be a costly setback for the Japanese telecommunications industry, which is grappling with a maturing smartphone market and growing pressure from the government to cut prices.

The three carriers' combined net profit for the year ended March fell 0.4% from the previous year to 1.7 trillion yen ($15.9 billion).

Meanwhile, Rakuten launched a battle against established players by betting on new virtual radio access network technology, which it has said costs far less than building conventional base stations.

It launched commercially in April with a campaign offering the service for free to the first three million subscribers.

Carriers already faced an uphill challenge in making the case to customers that the new technology is worth paying extra for.

A February survey by Tokyo-based MM Research Institute showed 76% of respondents said they will not sign a 5G contract if their monthly bills increase.

South Korea, which rolled out 5G commercially more than a year ago, has already racked up more than 4 million users.

China has made 5G a part of its national strategy to modernize key industries, and state-owned carriers are investing heavily in 5G infrastructure.

Still, some analysts remain hopeful. The biggest gauge of 5G demand in Japan will be the release of the iPhone, which is hugely popular in Japan and accounted for about half of smartphone shipments in 2019.

The release is scheduled for September although Nikkei Asian Review reported in March that Apple is weighing delaying the launch by months.

"The Olympics will likely be held after the iPhone is released, which will make it easier for carriers to appeal to users," said Hideaki Yokota, executive analyst at MM Research Institute. "They have more time to prepare."