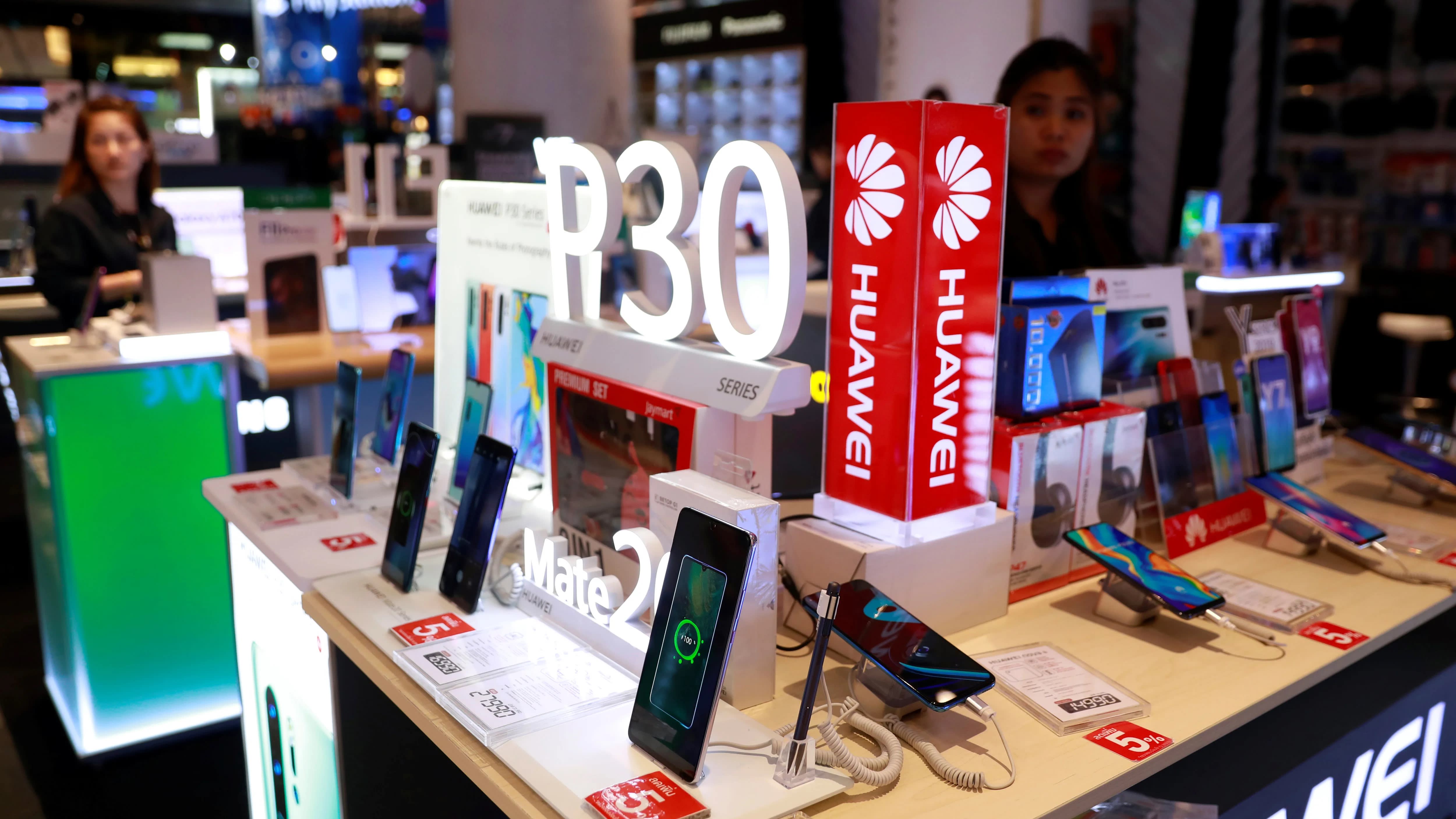 Huawei has been in Thailand for more than a decade and its smartphones are among the most popular in the country.   © Reuters
APORNRATH PHOONPHONGPHIPHAT, Nikkei staff writerNovember 18, 2019 14:47 JST | Thailand
CopyCopied

BANGKOK -- Huawei Technologies is lobbying hard to build Thailand's 5G network as the Chinese telecom maker looks to strengthen its foothold in Southeast Asia following the company's blacklisting by the U.S. government.

The world's largest telecom equipment maker sees Southeast Asia's No. 2 economy as an important market, and its most recent sweetener for the Thai government includes a promise to build a tech training center in the capital.

"Even under such strong U.S. pressure as we are experiencing, we are still able to get good business results, and we are here to support the development of 5G," said Huawei Vice President Edward Zhou at the ASEAN Business and Investment Summit in Bangkok earlier this month.

Huawei signed a memorandum of understanding with the Thai government on Oct. 28 to create a training center in Bangkok. The Huawei Academy is to be set up soon, according to a senior Education Ministry official, possibly at a top university in Bangkok.

The academy's mission will be to train people for such industries as information technology, robotics and engineering, as Thailand works to join the digital economy. Huawei will offer courses on cutting-edge technologies to thousands of people. It plans to accept trainees from other Southeast Asian countries at the center as well, the ministry official said. 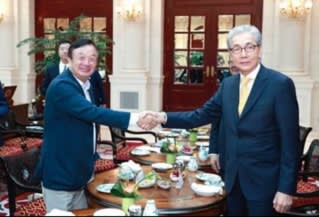 Ahead of Zhou's presentation, Huawei founder and chief executive Ren Zhengfei on Oct. 28 met Thai Deputy Prime Minister Somkid Jatusripitak during Somkid's trip to Shenzhen to drum up investment. Huawei is headquartered in Shenzhen. During their meeting, Ren offered support for 5G development in Thailand.

Huawei has been doing business in Thailand for more than a decade. The company says it has 3,200 employees in the country and that its procurement in Thailand reached $196 million last year. Other than Vietnam, countries in Southeast Asia have not raised clear objections to Huawei participating in building 5G networks in the region.

Nevertheless, there are skeptics. "I think Thailand should have a transparent system, such as bids ... to select the right 5G developer, instead of choosing Huawei right away," said an analyst at researcher TMB Analytics. "However, we must accept that we have very few choices."

Huawei is promoting its 5G capabilities in the Thai market. It has provided a platform for use in end-to-end tests and trials of applications, a move it hopes will give it an edge against competitors when Thailand begins a full-scale rollout of 5G.

In February, Huawei, along with Finland's Nokia and Ericsson of Sweden, began setting up a 5G test beds in Thailand.

Huawei's test bed is based at Kasetsart University's Sri Racha campus in Chonburi Province. Its base is in the heart of Eastern Economic Corridor, or EEC, where the government is wooing foreign investors in hopes of creating an industrial cluster in IT, robotics, electric vehicles, aircraft components and other high-tech fields.

In the first phase, Huawei's 5G service will be available on the fourth floor of the engineering department's building, an area of about 1,000 sq. meters, said professor Udomporn Tungkasiri. The test bed is meant to serve as a showcase for businesses in the area.

"Huawei selected our campus as its 5G test bed because we are located in the EEC. It would be easier for the company to sell its technology to investors in the EEC after the 5G network has fully developed in Thailand," said Udomporn. Huawei provided $150 million in equipment and software for the project.

Several companies are using the network to test 5G applications, mostly in robotics, internet of things technology and artificial intelligence. Huawei plans to begin the second phase of testing by making 5G available around the campus next year.

"We know that Huawei has pressed hard to be a major player in Thailand's 5G development. And we also need Huawei's support to move toward the digital economy," said Supant.