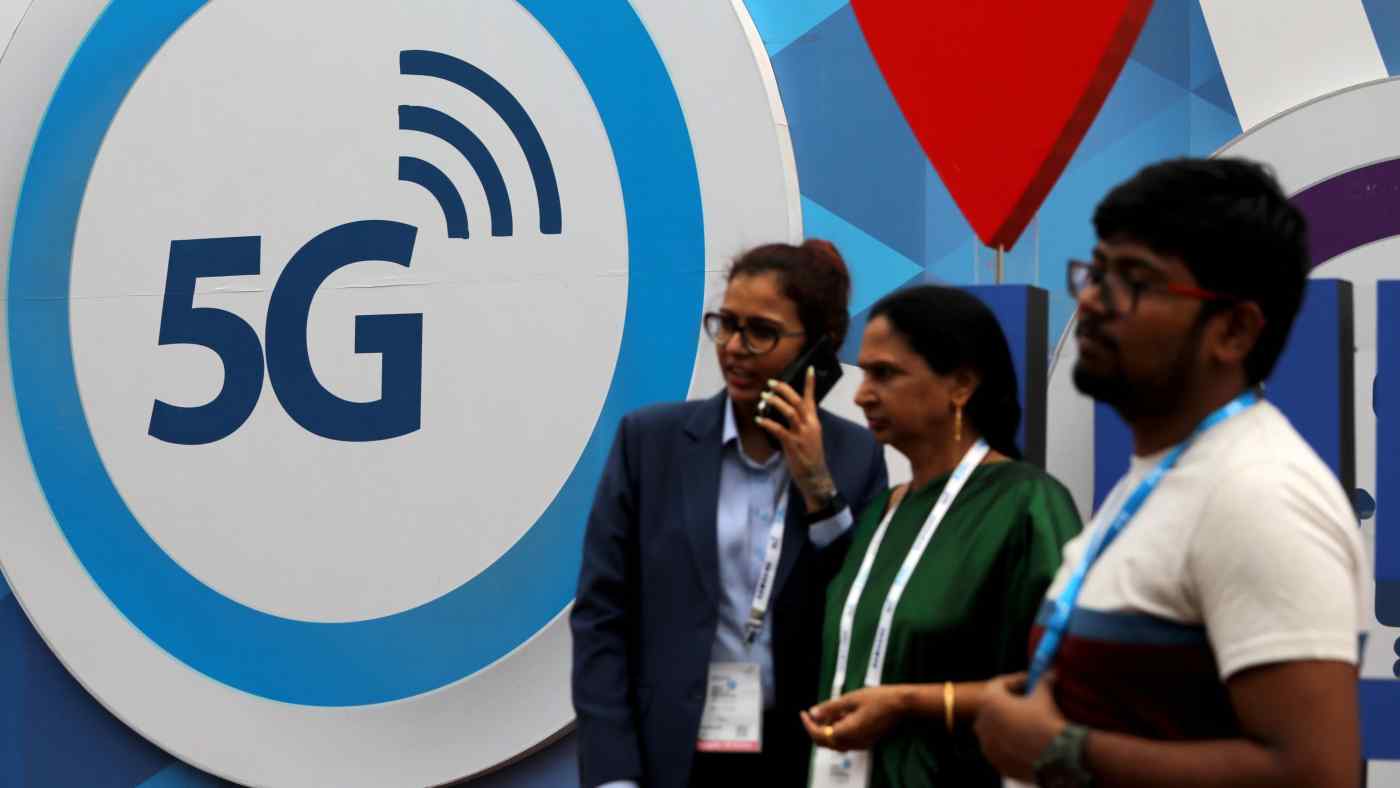 People in front of a board promoting the 5G network at a trade show in New Delhi in 2018: India's upgrade to 5G depends on a compromise being struck in the coming months between industry and the government.   © Reuters
ROHIN KUMAR, Contributing writerFebruary 20, 2020 18:05 JST | India
CopyCopied

NEW DELHI -- India's beleaguered telecom industry has taken a strong stance against the government's plan to hold a fifth-generation spectrum auction in a few months, complaining that the pricing is too high and the sale too early.

Telecom companies and their lobby groups want the sale to be deferred by at least three or four years, while the government has been bullish about holding the auction as early as April. Leading operator Bharti Airtel, backed by Singapore Telecommunications, this month became the first mobile carrier to formally announce that it will not bid for the 5G spectrum under the current terms.