TOKYO -- Researchers in Japan and Europe have kicked off a joint project to develop an advanced mobile network that they hope will eventually supplant 5G.

The project aims to overtake Chinese companies -- namely Huawei Technologies -- in the wireless sphere as China races away to the top in 5G technology and implementation.

The post-5G era will feature data transmission speeds at least 1,000 times faster than today's 4G networks, allowing the same amount of data found on a Blu-ray Disc movie to be transferred in under two seconds.

After first generation mobile networks emerged in the 1980s, new generations have appeared approximately once a decade. According to Japan's Ministry of Internal Affairs and Communications, data transmission speeds of mobile networks increased about 10,000 times over the first 30 years.

The rollout of 5G, or fifth generation, networks began just last year. Project researchers are aiming at full-fledged introduction of their new network technology in the 2030s.

The project will utilize the 300 GHz frequency band, boosting data transfer speeds tenfold or more compared with the 28 GHz band used in 5G. 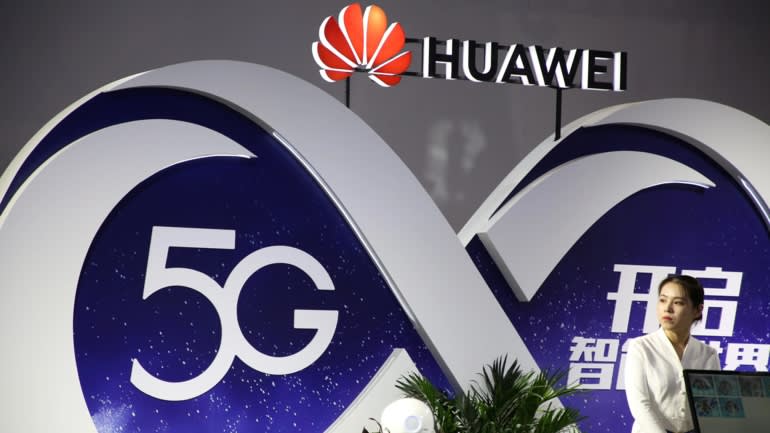 Huawei is leading the world in 5G technology, but will its dominance continue with the networks of the future?   © Reuters

Funding will be provided by Horizon 2020, the European Union's large research and innovation program, and the Japanese government-affiliated National Institute of Information and Communications Technology.

Project researchers have already conducted wireless network experiments in Germany, managing to transmit data between buildings 850 meters apart in the 70 GHz and 240 GHz bands at about 60% the target speed. They will now focus on increasing the distance and transmission speed to levels suitable for commercializing the technology.

One issue confronting researchers is that higher frequencies force radio waves to travel in straight lines that can be easily obstructed, resulting in dead zones -- areas where little or no wireless works. To solve this, the researchers plan to connect a large number of compact base stations via new wireless networks instead of relying on expensive fiber-optic cable used for 5G.

"In the future, small base stations can be set up at a cost of installing a lighting fixture," said Waseda's Kawanishi.

Japan's Fujitsu and NEC each have shares of about 1%, far behind global rivals. Still, this has not deterred the country's researchers.

"You need to start research early on post-5G if you want to compete with global manufacturers later," Kawanishi said.