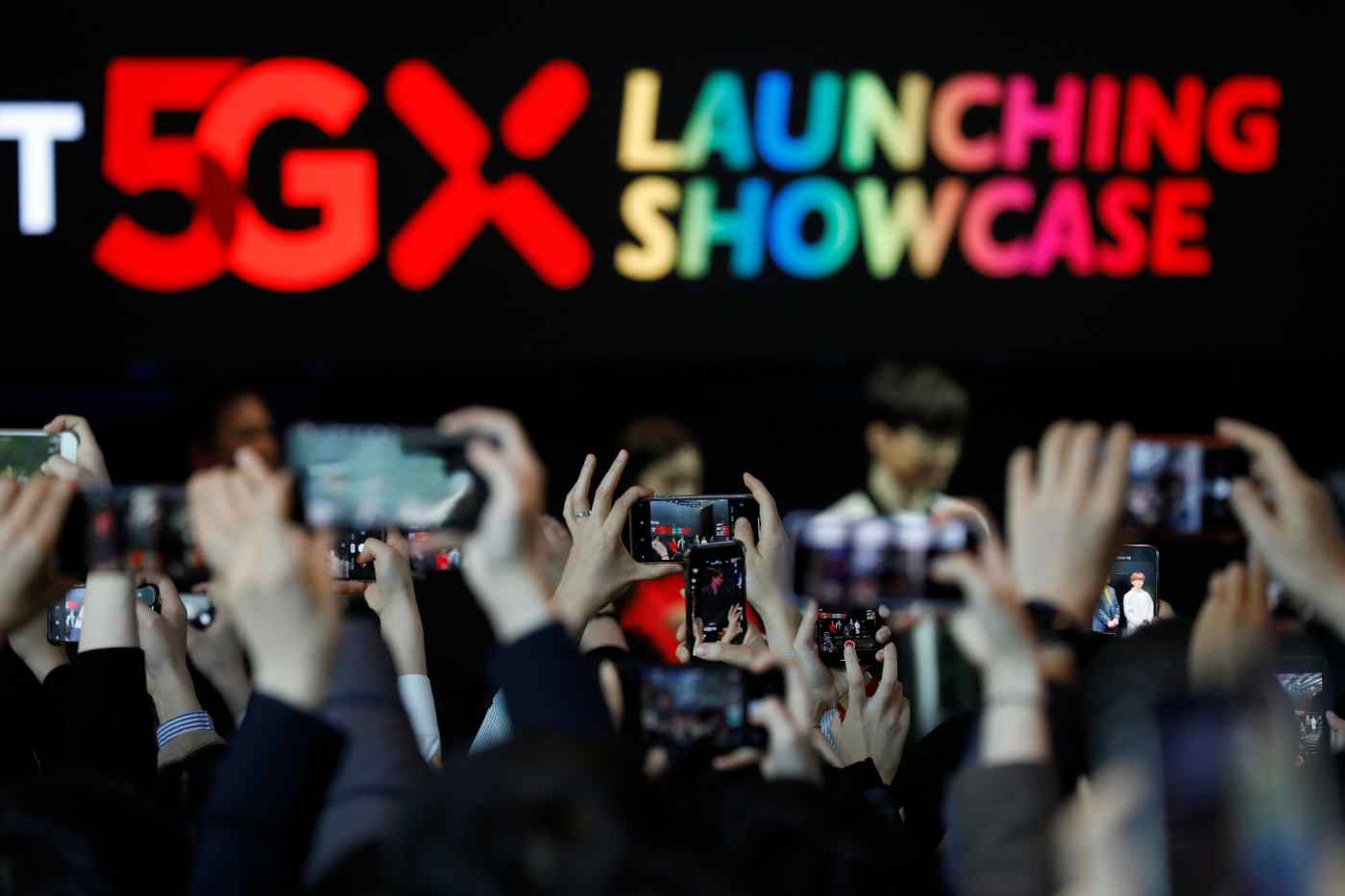 SEOUL - When South Korea today deploys the world's first fifth generation wireless network, consumers will finally be able to test the hype and get a glimpse of just how much the new technology will change the way people live.

Eagerly watching too will be companies ranging from retailers to carmakers, who are hoping that having the world's first 5G network will help them leapfrog rivals in China and the U.S. and lift the country out of its current economic funk.

"We will unveil new and innovative services beyond imagination at both online and offline platforms," said Kim Jang-wook, chief executive officer at Shinsegae I&C, a subsidiary of retail giant Shinsegae.

The 5G standard will be up to 100 times faster than 4G at 20 gigabits per second with almost no lag, opening up new possibilities for businesses. The standard will serve as the foundation of Industry 4.0 technologies -- the "Fourth Industrial Revolution" entailing smart and autonomous manufacturing -- which are expected to bring about $540 billion in economic benefits by 2030.

The biggest cheerleader for 5G in South Korea has been President Moon Jae-in, who hopes 5G will give South Korea a springboard to become as technology-oriented as Japan. The president's office says Industry 4.0 will create 240 trillion won ($212 billion) in new industries and 390 trillion won in economic benefits from improving the competitiveness of existing businesses.

Shinsegae I&C struck a deal this week with SK Telecom to provide 5G-based augmented reality and virtual reality technology, and big data services to its customers.

AR uses computer-generated information to enhance the shopping experience, while VR gives users new experiences in a simulated environment, and Shinsegae I&C is planning to use the technology to create virtual stores on its mobile and PC platforms, as well as augmented reality services in its offline stores.

Shinsegae will also use 5G to enable sensors that will recognize customers entering its stores, and then recommend products to match that person's tastes and purchasing history.

SK Group, one South Korea's biggest technology companies, introduced some corporate 5G services late last year and has already seen a benefit. It doubled efficiency at its semiconductor factories by building a system that records components from several angles on its production line to detect faulty items.

"5G commercialization opened the door for our country to lead the development and installment of the smart factory," said Jang Hong-seong, a vice president at SK Telecom. "5G smart factories will create high values beyond market expectations."

Last December, a total of 19 companies and agencies, including SK Telecom and Samsung Electronics, launched a 5G Smart Factory Alliance to lead the standardization of 5G in smart factories globally.

"Combining 5G with AI technology will provide new opportunities to explore and transform entire industries with real innovation,'' said Ted Cho, CEO of Skelter Labs. "Smart Factory will definitely be one of those opportunities to be realized since 5G can greatly reduce the latency of transferring high-capacity data."

But 5G will not just revolutionize industry. Faster internet services will also deliver AR and VR games to amusement parks. Seoul Land teamed up in February with telecom provider KT to set up a 5G network, giving it the title of the world's first 5G-enabled park.

The technology could even change the way the municipal government operates.

In the South Korean capital Seoul, the local government has partnered with SK Telecom to set up a smart city under the 5G network, to help deliver better public transport solutions to the city of 10 million.