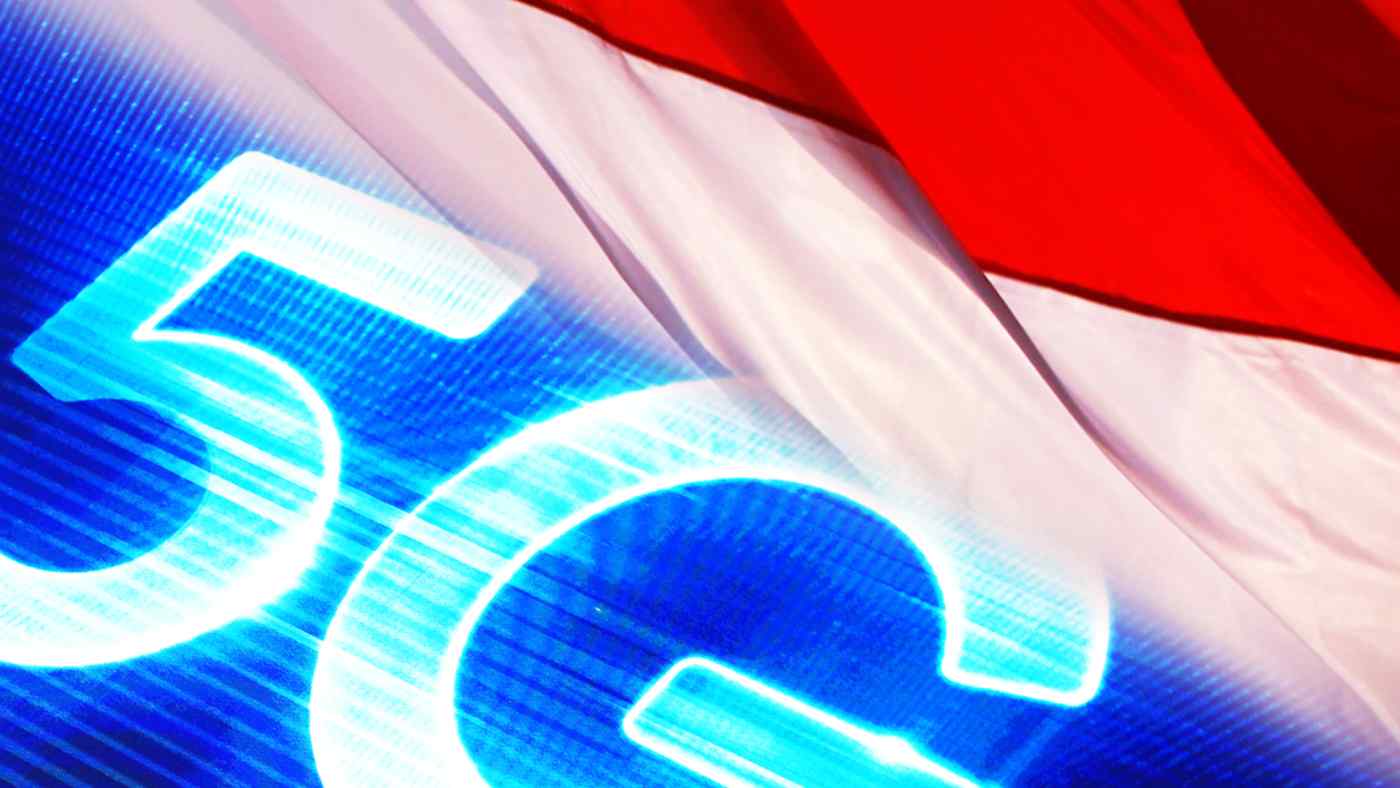 JAKARTA -- When Indonesian mobile operator XL Axiata showed off its latest 5G technology at a recent event, it added a bit of showmanship to the proceedings: during an onstage interview with the country's communications minister, Axiata's director for technology "joined" him as a holographic projection.

"We continue to prepare ourselves to adopt 5G technology. Our preparations are very serious across all aspects," Axiata's Yessie Yosetya told the audience at the event in Jakarta in late August.

XL Axiata, Indonesia's second-largest mobile operator by subscriber numbers, is not the only player that is serious about 5G development in one of South East Asia's biggest markets. Drawn by Indonesia's tech startup dynamism, industry giants such as Huawei, Ericsson and Nokia are also piling in.

The odd part of this almost gold-rush fever, though, is that it is not clear where the government stands on the ultrafast technology -- or if it even wants it. Communications Ministry officials said recently it is in "no rush" to roll out 5G services, despite President Joko Widodo's stated goal of creating the region's biggest digital economy.

Communications Minister Rudiantara said during the XL Axiata event that a lack of available frequency spectrum for 5G use will hamper adoption. The ministry is considering using the 3.5 GHz band, which is currently being used for a satellite, but that will only be available for 5G in 2024.

Given the uncertainty over the government's commitment to the new technology, forecasts as to when 5G services will roll out vary widely, from as soon as two years to as long as five.

Nonetheless, the race among companies to roll out commercial services is only heating up.

Telkomsel, the country's largest mobile operator, recently signed a contract with Ericsson for "a major core network upgrade to prepare for 5G," according to the Swedish equipment maker. Another major operator, Indosat Ooredoo, held trials with Ericsson last November.

XL Axiata, a unit of Malaysia's Axiata Group, said it will continue to expand its nationwide fiber infrastructure so that it can support 5G services, which require higher bandwidth levels to process faster data transfers. At its event in August, it showed off not only holographic phone calls, but also cloud-based gaming using technology supplied by Ericsson.

Nokia is optimistic that Jakarta's various digital ambitions will spur spending on 5G and other tech infrastructure.

"Indonesia is one of the key focus areas for us, and we're making every effort to invest from a Nokia Software perspective in this market," Srinivas Bhattiprolu, Nokia Software's head of solution consulting for the Asia-Pacific and Japan, told reporters in Jakarta last month. "[With] the focus on Industry 4.0 and the bold digital initiative for all after 2020, Indonesia might become the top spender [regionally] in terms of their spending on IT initiative."

Bhattiprolu was referring to the Ministry of Industry's "Making Indonesia 4.0" initiative launched in April last year to upgrade the country's manufacturing sector through digitization. President Joko Widodo said the initiative will help Indonesia crack the global economic top 10 by 2030, from its current 16th place. Widodo previously set a goal of turning Indonesia into Southeast Asia's largest digital economy by 2020, an ambition that has helped create regulatory ecosystem that is more friendly to tech startups -- the country now boasts four unicorns, including ride-hailing giant Go-Jek.

Nokia held two events in August and September to showcase its 5G capabilities to local telco players, but declined to mention specific partnerships with any particular company.

Chinese equipment providers are also turning their attention to Indonesia.

Neither Indonesian officials nor any telecom companies have explicitly ruled out partnering with Huawei Technologies after the U.S. Commerce Department put the Chinese tech company on its trade blacklist in May.

Telkomsel, a joint venture between state-owned Telekomunikasi Indonesia (Telkom) and Singapore Telecommunications, announced a 5G trial with Huawei during the Asian Games 2018 in Jakarta in August last year, and announced separate strategic partnerships for 5G development with Huawei and California-based Cisco in February. Last month Tri, the local mobile subsidiary of Hong Kong conglomerate CK Hutchison Holdings, held a 5G hologram trial supported by equipment from Huawei, as well as Nokia and Qualcomm

ZTE announced in August it had partnered with Smartfren, the telco subsidiary of major Indonesian conglomerate Sinarmas Group, to demonstrate 5G applications in the manufacturing industry. ZTE described the partnership as a collaboration with the Indonesian communications ministry.

In June, ZTE signed a cooperation agreement with Telkom that shows the two companies' "commitment to building 5G network and exploring new 5G fields in Indonesia."

Some Indonesian companies, like XL Axiata, prefer partnering with multiple vendors for 5G equipment rather than depending on just one partner. This tendency, along with the government's apparent acceptance of Chinese players, means there is likely room for those companies to enter the fray.

Yosetya said any risks related to partnering with Chinese vendors in terms of the U.S. sanctions are still "manageable."

Vendors themselves are more concerned about the government's apparent lack of urgency about adopting 5G technology. Ericsson offers spectrum-sharing software solutions that can enable 5G services using existing bands, while Nokia said it has solutions for high, mid and low bands.

Huawei, meanwhile, is encouraging Indonesian telecom companies to tap into consumer 5G business, such as augmented and virtual reality applications. "We advise our [telco] customers to start looking at AR and VR applications and other nice apps," Mohamed Madkour, vice president for global wireless and cloud core network market and solutions at Huawei Technologies, told the Nikkei Asian Review on the sidelines of a 5G summit in Singapore.

He said Huawei's existing telecom partners in Indonesia will continue to be partners for 5G services as well. "We knew that 5G is coming, so when we sold 4G equipment, we had that in mind," Madkour said, adding that 5G would not require big new investment from the telcos.