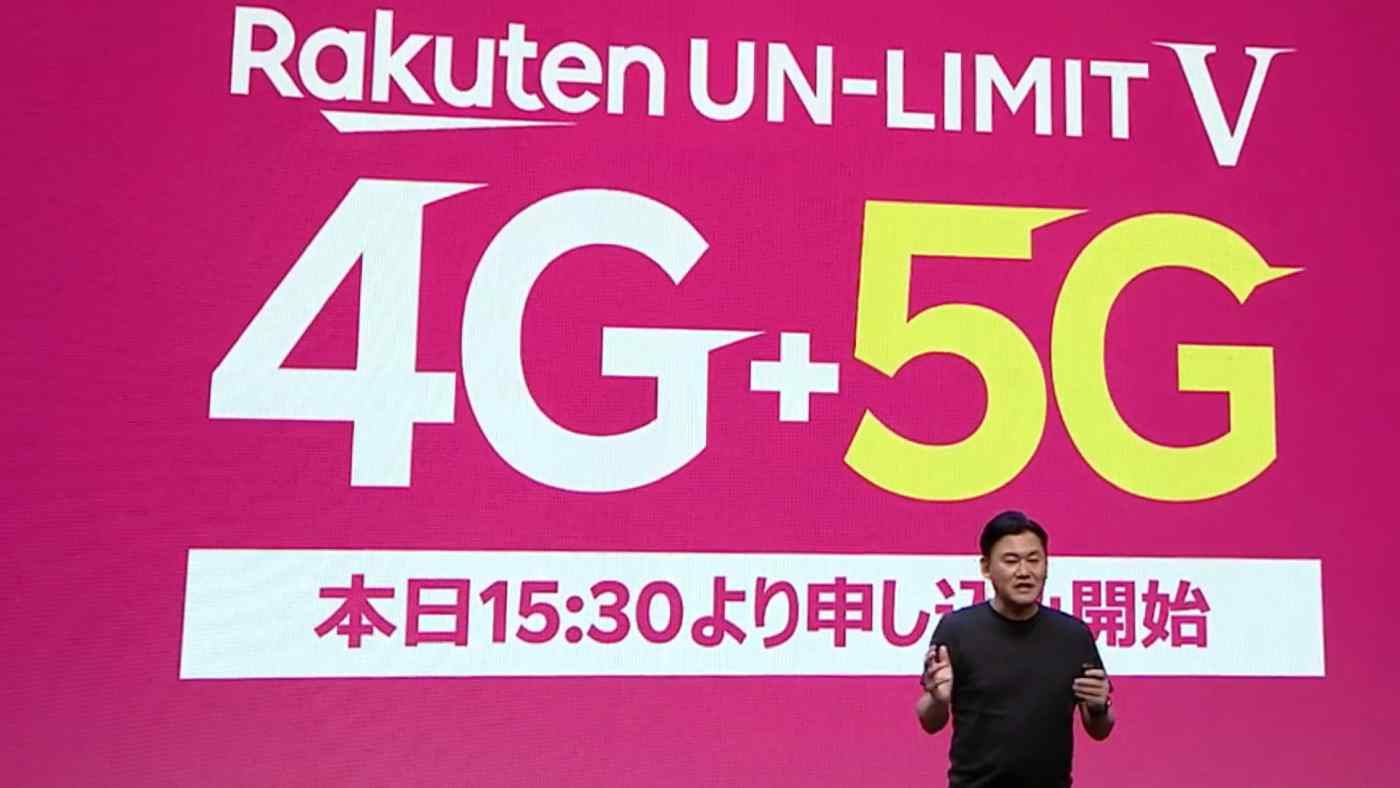 TOKYO -- Japanese billionaire Hiroshi Mikitani's e-commerce group Rakuten on Wednesday announced it will offer an unlimited 5G wireless data plan for roughly half the price of the country's top three mobile providers, in a move that could trigger discounts across the industry.

Rakuten's 5G plan will be available for 2,980 yen ($28) a month plus tax within its service area, the same rate as its 4G plan. The e-commerce company is a relative newcomer to mobile services, this spring breaking into an industry long dominated by NTT Docomo, KDDI and SoftBank. It hopes to attract more customers through affordable and easy-to-understand plans.

New Japanese Prime Minister Yoshihide Suga is a strong advocate for lower mobile rates, saying they could be as much as 40% cheaper. Rakuten's announcement adds momentum to his push.

Suga and Mikitani, Rakuten's CEO, are old acquaintances, and they agree that Japan's mobile rates are expensive compared with the rest of the world.

Rakuten is able to offer fifth-generation service for significantly less than its rivals thanks to virtualization, an approach to network building that combines cloud technology with commodity-grade hardware. Because this method does not use expensive equipment, it requires 40% less in capital spending and 30% less in operating costs than conventional mobile networks, according to the company.

Rakuten has stepped up the installation of new base stations, using the buildings and lots of stores that are part of the e-commerce group's rewards program, among the largest in Japan. The company says it will be able to cover 70% of Japan's population in 4G by the end of March 2021, and most of the rest by the summer.

"We are 100% serious about this," Internal Affairs and Communications Minister Ryota Takeda has said. "A decrease of 10% or so won't be enough to call this reform."

But Rakuten's plans are off to a shaky start. For one, its 5G service will only be available in six prefectures including Tokyo and Osaka at first. It has also experienced disruptions to its 4G service.

"Finances are Rakuten's weakness," an analyst at a Japanese brokerage said. Despite its cost-cutting virtualization technology, it still expects to spend roughly 800 billion yen on its mobile network through March 2029. Rakuten could suffer a heavy blow should the big three players cut their prices -- a possibility they have begun to hint at.

"Since we are using public spectrum, we want to take the government's requests seriously," KDDI President Makoto Takahashi said recently.