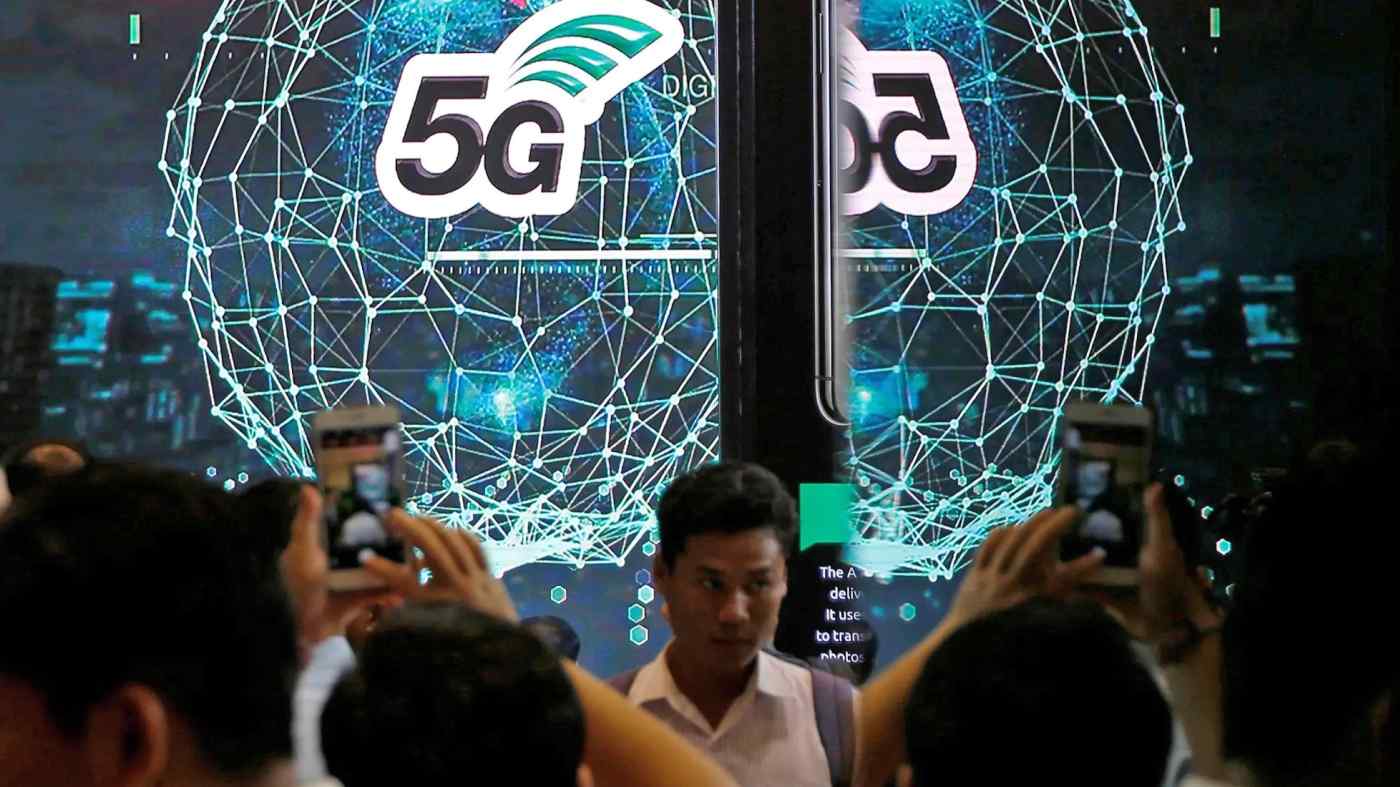 SINGAPORE -- Thailand, Vietnam and the Philippines will lag behind other Asian countries in the deployment of fifth-generation mobile networks, although Singapore is poised to lead the race, a recent report said.

Management consulting firm A.T. Kearney published a report in late September that projected that 5G penetration will reach at most 40% within almost all of the 10 countries of the Association of Southeast Asian Nations by 2025. Singapore will outperform its peers, with an expected penetration rate of close to 60% by 2025.

The report said countries like Thailand, Vietnam and the Philippines could find themselves in a "lose-lose" situation where 5G is selectively rolled out and enterprises are unwilling to pay a premium for the network. Under this scenario, consumers and businesses would be reluctant to fork out extra cash because they perceive limited benefits over existing 3G or 4G networks. Operators would respond by focusing on recouping their investments in the existing networks, limiting the expansion of 5G infrastructure.

The report warned that in this situation, 5G would become "just another technology layer" rather than a breakthrough.

Singapore plans to have 5G up and running in 2020, while Malaysia is expected to announce spectrum allocations for 5G service providers next year. Mobile carriers in Vietnam and Cambodia are working with equipment providers to deploy the necessary infrastructure, which is expected to offer internet speeds of up to 50 times faster than current 4G systems.

"The overall potential of 5G rollout in ASEAN is substantial. However, to live up to the full potential, the region will need to address the main challenges," he wrote in the report.

Experts believe differences in technology infrastructure among Southeast Asian countries will lead to mixed results in deployment. Another report by the International Institute for Management Development highlighted the gap between ASEAN's smallest country, Singapore, and its neighbors. 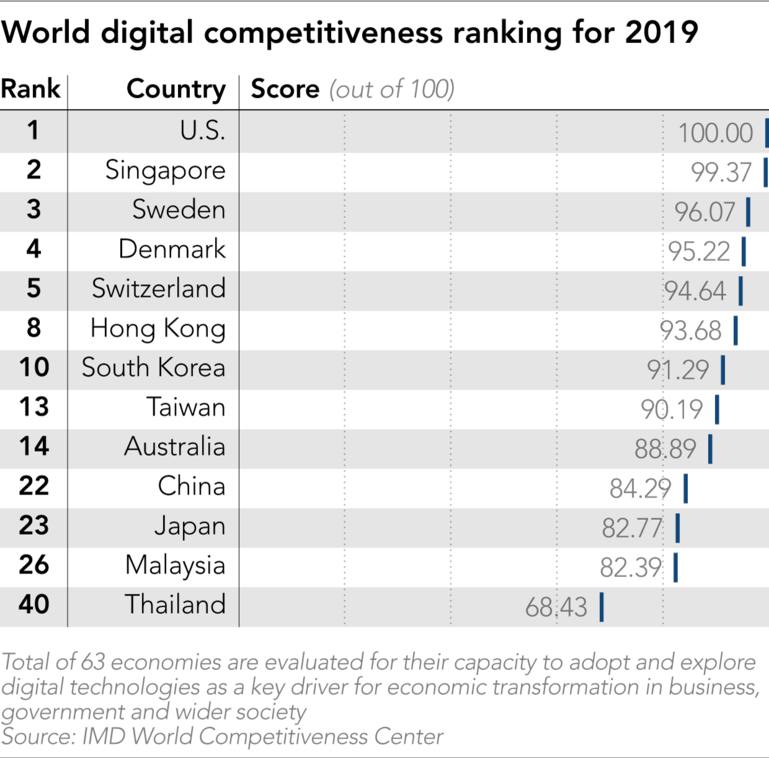 Based on its World Digital Competitiveness Ranking published in September, Singapore placed second behind the U.S., while other ASEAN members like Thailand placed 40th, the Philippines 55th, and Indonesia 56th. The ranking is based on factors like an economy's ability to develop new digital innovations and preparedness for fresh developments.

"5G adoption will rely a lot on the country context in digital readiness," said Howard Yu, an IMD professor of management and innovation. "The number of pilots for discovering use-case scenarios, and the ability to scale such emerging technologies, require a country to possess the awareness, make investments, and develop their technological framework accordingly."

This may prove to be a challenge for ASEAN, said the A.T. Kearney report. It said slow availability of spectrum for 5G services and the resulting suboptimal network rollout will be the toughest challenges for governments. But even if spectrum and regulatory support were readily available, the adoption and delivery of use cases remain uncertain, the report said.

History may repeat itself, said Su Lian Jye, principal analyst at ABI Research. Su said the deployment of 4G in the region can serve as a reference point for how the 5G race may pan out.

"With the lack of both enterprise and consumer-facing applications, telcos in Southeast Asia will generally wait for the use cases to mature in other big markets before bringing them to their local markets," he said.

"If a telco has a relatively mature 4G network, this means the investment in 4G has already been recouped and the telco may be ready for the next upgrade, compared with a telco that just recently rolled out its 4G network," Su said.

Who wins the 5G race may boil down to simple geography, noted Hitesh Prajapati, country manager for Singapore at American equipment provider Vertiv. He said deployment gets more complex if the next-generation mobile network is meant to cover a larger area, as investments into base stations would have to be accelerated for results to be pervasive.

Prajapati said because of this, Singapore would naturally lead in 5G penetration due to its small size.