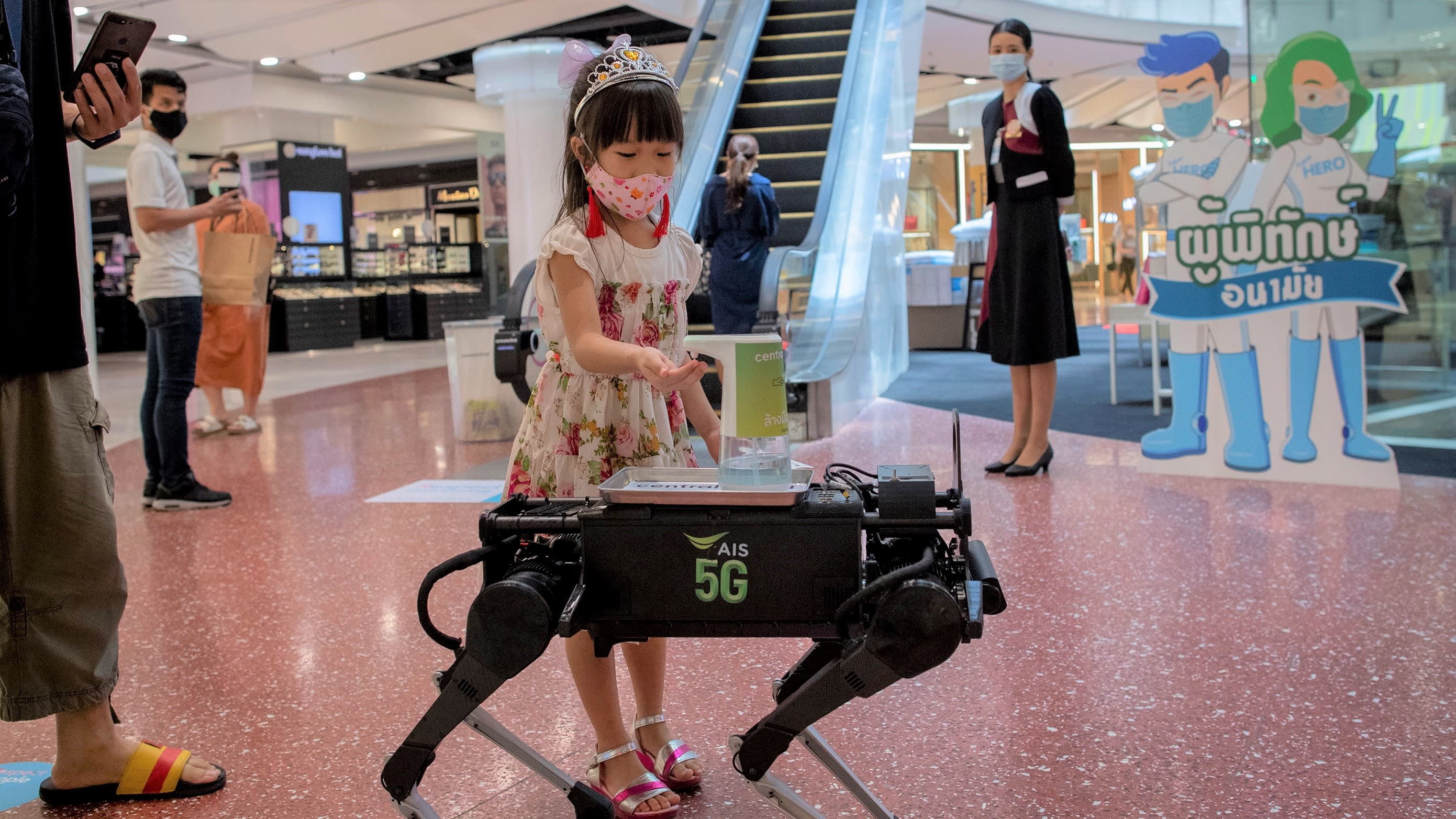 BANGKOK -- Thailand's biggest mobile operator has put aside up to 45 billion baht ($1.4 billion) to build 5G infrastructure in the country's crucial Eastern Economic Corridor, a signature government initiative expected to diversify and drive the nation's economy in the years ahead.

Advanced Info Service's bet on the corridor is a big one, and part of a nationwide digitization drive. But the telco believes that through the corridor it can bring the next-generation mobile standard to manufacturers, giving them a tool they can use to introduce cutting-edge robotics, artificial intelligence and internet-connected devices to their factories.

"We are focusing on the industrial estates in the EEC area," AIS President Hui Weng Cheong said, "as we want to play a key role in [helping Thai industries forge ahead] by optimizing 5G technology."

AIS has sealed deals with major industrial estate developers in the corridor to provide 5G infrastructure, which AIS says will help attract manufacturers once the coronavirus pandemic peters out. Developers Amata Corp., WHA and Saha Phatana Inter-Holding, who have hundreds of manufacturing tenants, have signed deals with AIS.

Jareeporn Jarukornsakul, chairwoman and CEO of WHA, said her company joined hands with AIS so it could meet industrial clients' demands for supersonic telecom speeds. "Thailand must move forward with high technology and digital infrastructure," Jareeporn said. "That's why 5G networks are a solution that we need to tap into." 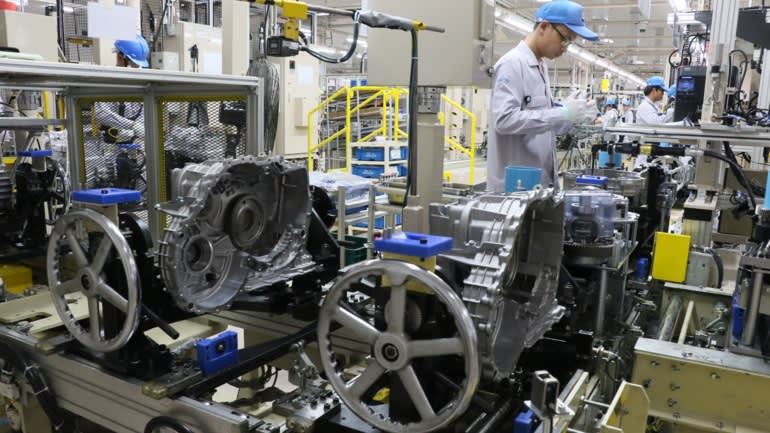 Under the agreements, AIS will build 5G towers and base stations in each industrial estate without requiring the developers to bear any investment burden.

AIS bills itself as the kingdom's first commercial developer of 5G, having won government licenses to operate 5G networks in multiple frequency bands.

According to the World Bank, Thailand's manufacturing output in 2019 reached $137.5 billion. In Southeast Asia, only Indonesia, at $220.5 billion, produced more. Manufacturing has been a major engine for Thailand's economic development, accounting for 25.3% of the country's gross domestic product.

Thailand's industrial sector, however, is fighting through a number of strong headwinds -- labor shortages, rising wages and a maturing consumer market among them. As a result, Thai factories are being pushed to adopt digital technologies and come up with innovative production systems.

AIS's 5G push could also receive backing from the government, which is mulling incentives to encourage companies to adopt the technology as part of its digitization drive.

Incentives under consideration include tax privileges for large corporations as well as small and mid-size enterprises, deputy government spokesperson Rachada Dhnadirek was quoted as saying on Tuesday by the Bangkok Post, an English language daily. 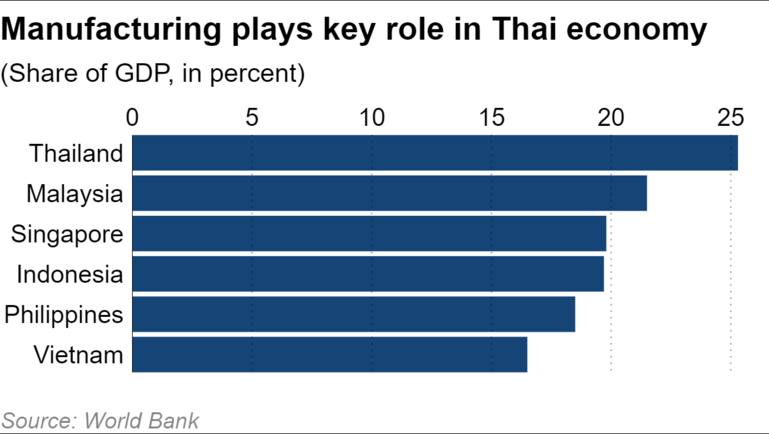 Parts of Thailand's business community are eager for 5G. Japanese automaker Mazda is preparing to use 5G to increase productivity and efficiency. "We are ready to update [the current telecom network] with faster 5G when the infrastructure is ready," said Uthai Ruangsak, a representative at Mazda's Thai unit.

As for the EEC, WHA expects more foreign manufacturers to shift production into the zone over the next few years due to the intensified U.S.-China trade spat. The developer says the pandemic has also accelerated the relocation of factories as multinational companies adjust their supply chains.

5G infrastructure should help the WHA's and other developers' recruiting efforts.

The developers' cooperation with AIS is expected to "to secure large numbers of 5G clients we would [like to] have in the near future," said Wasid Wattanasap, AIS's head of nationwide operations.

"The [coronavirus] situation has encouraged AIS to do a proactive strategy," the analyst said, adding that the telco must "make sure it has a large number of 5G clients from the industrial estates in the near future."