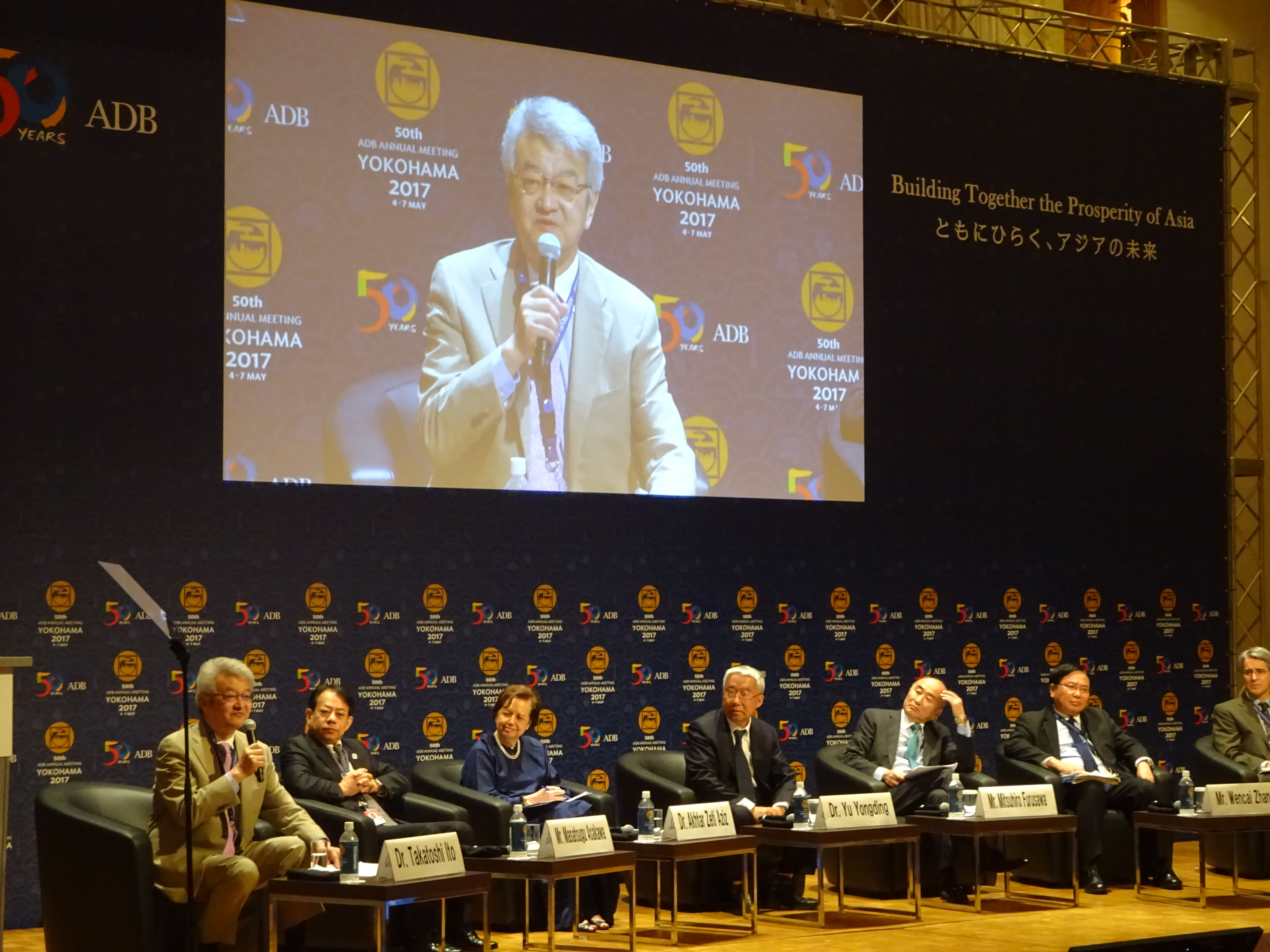 Experts reflect on the lessons of the 1997 Asian financial crisis at a seminar in Yokohama on May 4.
ADB Annual Meeting 2017

YOKOHAMA, Japan -- In the decades since the 1997 Asian financial crisis, the region has made progress in ensuring financial stability, but closer collaboration is needed to avoid possible risks. That was the key message at a financial experts' seminar held here on Thursday.

The seminar, titled "Twenty years after the Asian Financial Crisis: Achievements and ways forward," was organized by the Japanese government on the sidelines of the Asian Development Bank's annual meeting, which started the same day.

"On ASEAN+3 [Japan, China and South Korea], we need to build a strong coordination to be able to withstand, stop the shock and volatility." Indonesian Finance Minister Sri Mulyani Indrawati said in her keynote speech.

In the aftermath of the crisis, members of the Association of Southeast Asian Nations, China, Japan and South Korea signed the Chiang Mai Initiative Multilateralization in 2000, a currency swap agreement allowing signatories to borrow dollars from one another. It now has an overall pool of $240 billion, but just 30%, or $72 billion, can be released with an agreement among the ASEAN+3 alone. The remaining 70% can be deployed only after a recipient country enters an International Monetary Fund financial assistance program.

The countries also established the ASEAN+3 Macroeconomic Research Office, or AMRO, a regional macroeconomic surveillance unit under the CMIM.

While the speakers in Yokohama agreed that the region has learned from the crisis and made progress over the past two decades, they also highlight the new challenges arising from changing global economic conditions, such as the rise of protectionism.

"Economies in the region have to rebalance their growth source from export to domestic demand in order to achieve sustainable growth," Junhong Chang, director of AMRO, said. She added that policymakers in the region should focus on how to remain resilient to external shocks.

Regarding regional financial cooperation, Masatsugu Asakawa, Japan's vice minister of finance for international affairs, suggested increasing the portion of the CMIM not linked to the IMF so that the countries can respond to crises more quickly. "We need to the enhance usefulness of the delinked portion including by increasing the share from the current 30% to 40%," Asakawa said.

ASEAN likewise has been calling for an increase in the rapid-response portion of the CMIM, citing the amount of time the IMF generally takes to make aid decisions.

Asakawa also stressed the importance of further enhancing surveillance capacity in the region.

On the sidelines of the ADB meeting, Bank of Japan Gov. Haruhiko Kuroda reflected on regional growth over half a century, telling reporters that: "Asia has changed dramatically in these 50 years, and it now plays an important role in the world economy."

He said although Asia is fairly stable economically and financially, it was vulnerable to " geopolitical tension or elections in Europe."

Many of these issues will likely be on the table at Friday's ASEAN+3 finance minister and central governor meeting, which also will be held in Yokohama on the sidelines of the ADB summit.