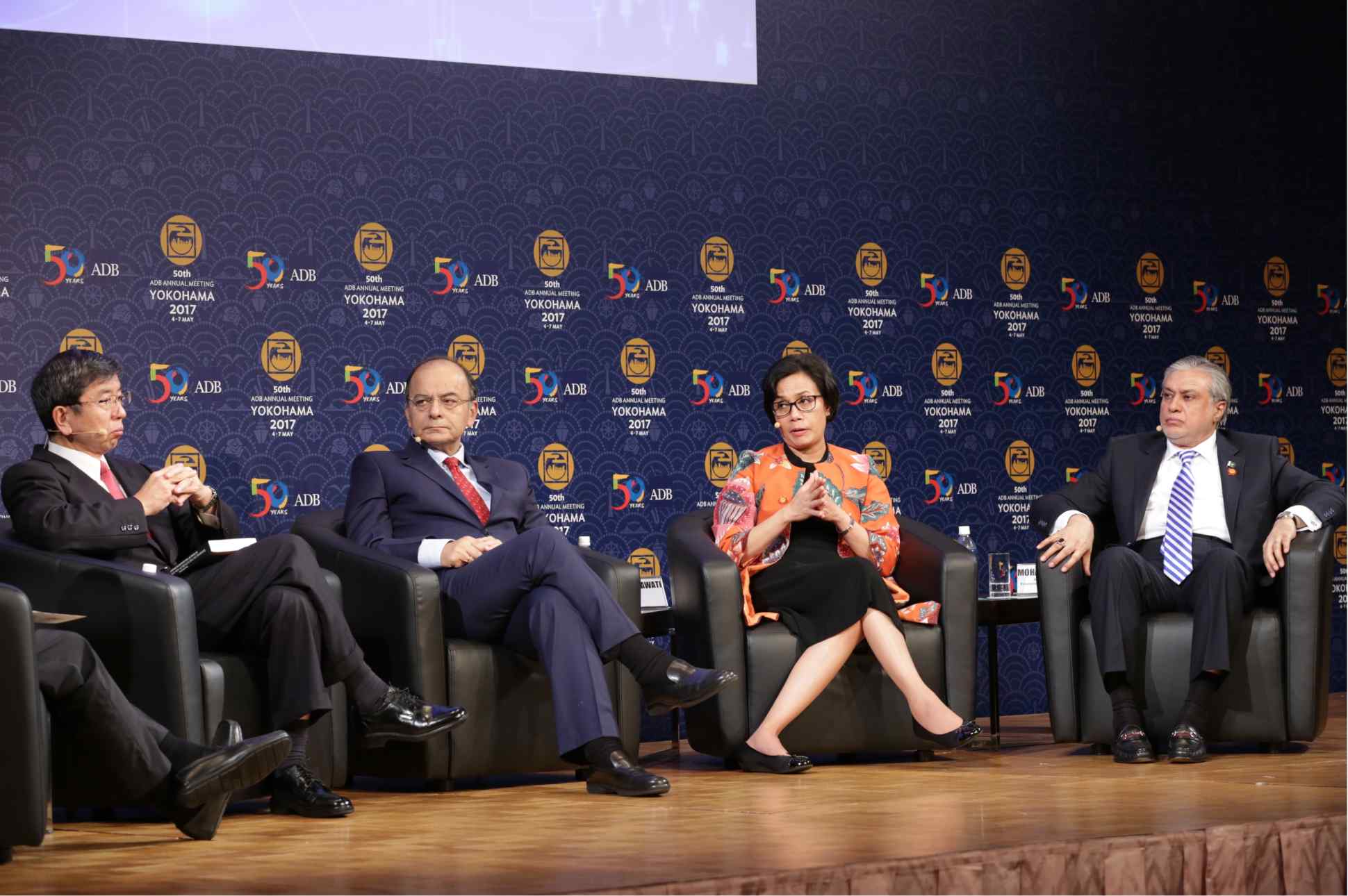 ADB President Takehiko Nakao, far left, and finance ministers from India, Indonesia and Pakistan speak at a panel discussion on the sidelines of the ADB's annual meeting in Yokohama on May 6.
Economy

Protectionism will not be able to stop global trade

YOKOHAMA -- Despite fears of rising protectionism in the global economy, trade expansion will continue and remain an unstoppable force. This was the key message delivered by the finance ministers of India, Pakistan and Indonesia at a panel discussion held on the sidelines of the Asian Development Bank's 50th annual meeting on Saturday.

Indonesian Finance Minister Sri Mulyani Indrawati noted that global poverty has been significantly reduced since 1950 because most countries, especially those in Southeast Asia, have benefited from open trade and globalization. "This is something we need to recognize and maintain," she said, even as world's trade policies "are becoming more uncertain."

One of the uncertainties panelists mentioned was U.S. President Donald Trump's signing of an executive order in March to launch a 90-day investigation of countries with which the U.S. runs a significant trade deficit. The list of 16 trading partners include such Asian economies as Japan, China, Thailand and Indonesia.

The study will also include India, a country with which the U.S. had a $24 billion trade deficit last year. But India's Finance Minister Arun Jaitley said, "I don't think any impact [of the executive order] has been felt at the moment."

He added that despite some temporary setbacks, global trade is going to move forward: "I don't see that any force in the world today can prevent trade."

Pakistan's Finance Minister Ishaq Dar echoed those sentiments on the importance of global trade. "Being part of the global community, nobody can isolate itself [from trade]." It is the responsibility of governments and global institutions "to make sure that there should be no protectionism" and "assure the free movement of goods."

"Asian countries have been successful because of open trade and investment regimes," said ADB President Takehiko Nakao, who participated in the panel discussion. While Asian countries still need to continue investing in education and health as well as enhancing governance, he stressed that "If we keep the reform momentum, we should be OK on trade."