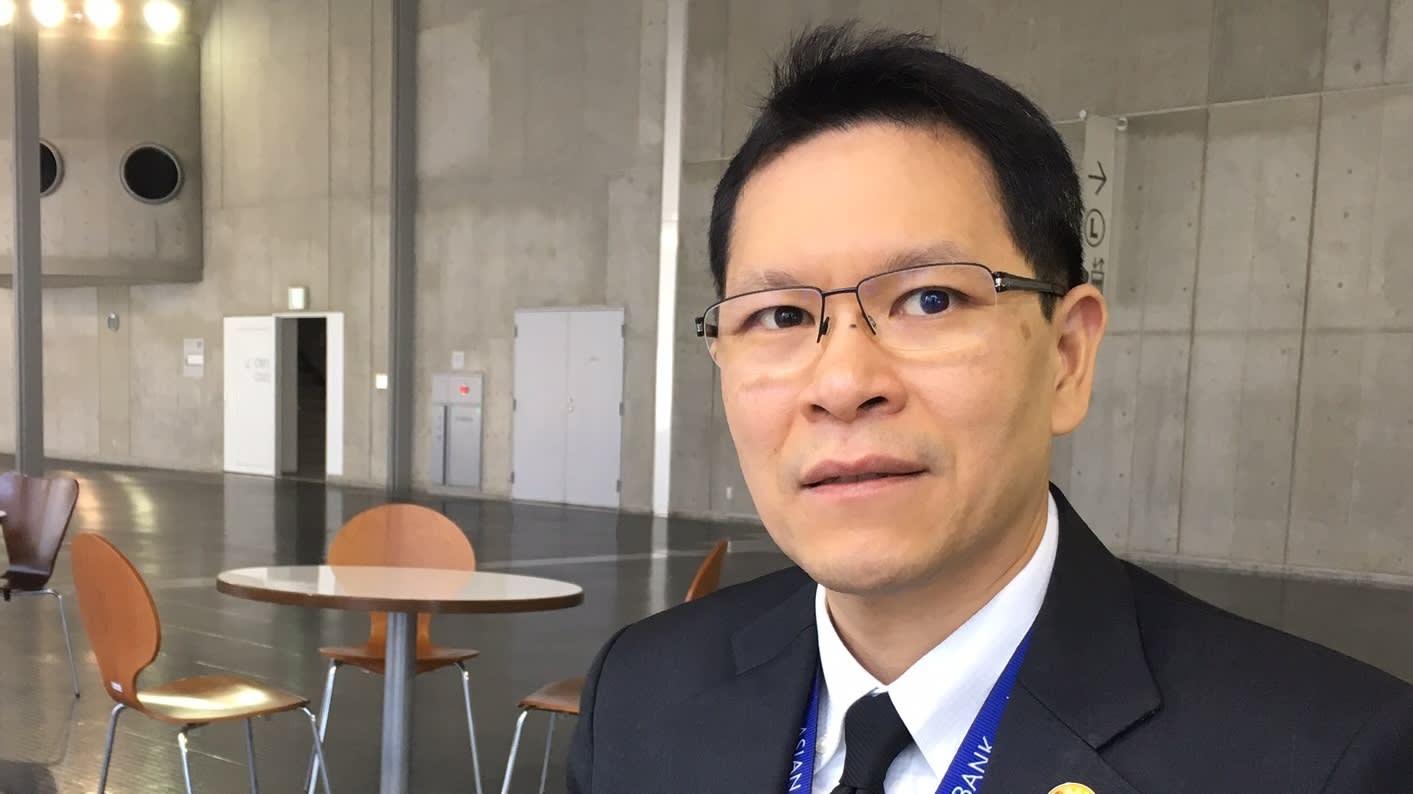 Japan's proposed framework, if realized, would allow the 10 members of the Association of Southeast Asian Nations to withdraw up to 4 trillion yen ($40 billion) during times of financial crisis.

Although Bank of Thailand Gov. Veerathai Santiprabhob declined to comment on specifics, saying the proposal was still in its preliminary stage and there remained "a lot of discussion that needs to be done," he said he "very much welcomes initiatives [where] ASEAN countries and the Japanese government are working together to strengthen the region's financial safety net."

"If you look at economic developments outside Asia, there are a lot of uncertainties that will have implications for inflows and outflows into our region," the governor told the Nikkei Asian Review. "Creating a financial safety net at a regional level is important to help provide immunity against uncertainties ... I think the initiatives now, moving toward using Asian currencies, local currencies, that is very welcome."

The governor noted that increasing the use of the yen will be beneficial for both Thai and Japanese companies.

"The yen is an international currency and the market has been quite well developed in Thailand. [Also] there are a lot of Japanese companies [in Thailand]," he said. "The market framework is very developed and very deep ... We are exploring the possibility to make yen even more acceptable and widely used in trade and investment transactions, between Thailand and Japan."

Santiprabhob added that the central bank had been talking to Japanese banks operating in Thailand about how to put the yen into wider usage there.

Lessons from the crisis

ASEAN nations have been keen to address their dependence on the U.S. dollar since the Asian Financial Crisis in the late 1990s, a key catalyst for the downturn. Some currencies were de facto pegged to the dollar, and the dollar also acted as the primary funding currency for many financial institutions in the region.

This is a way to minimize impact of the volatility of the U.S. dollar on the domestic economy and to promote the use of local currency

Their collective approach to reducing dependency on the greenback has recently gathered pace as the U.S. Federal Reserve begins the normalization of its monetary policy.

In 2015, Vietnam set a zero interest rate on dollar deposits to encourage the use of other currencies. Indonesia, on the other hand, mandated that settlements made inside its borders be conducted in rupiah.

Thailand, one of the hardest hit in the financial crisis, has taken its own steps by launching a local currency settlement framework with Malaysia in 2016, enabling Thai businesses to source Malaysian ringgit from selected Thai banks, and Malaysian businesses to source Thai baht in Malaysia. It has also signed a memorandum of understanding between Indonesia for the same deal.

"This is a way to minimize impact of the volatility of the U.S. dollar on the domestic economy and to promote the use of local currency," Santiprabhob said.

The governor noted that the push to conduct financial transactions in local currencies also worked in the favor of Asian companies by bringing down transaction costs.

"I think we have seen more interest in the discussions of ASEAN finance ministers and central bank governors that ... we should promote more use of local currencies in Asia," he said. "In all this, the objective is to bring down the cost of financial transactions in the region."

"Financial connectivity ... could improve not only linkages between Asian countries but also to help bring down the cost of doing business, thereby increasing competitiveness of firms in Asia," he added. "Now, when we see a lot of development in trade and direct investment flow, financial connectivity could substantially help bring down the cost of operations."