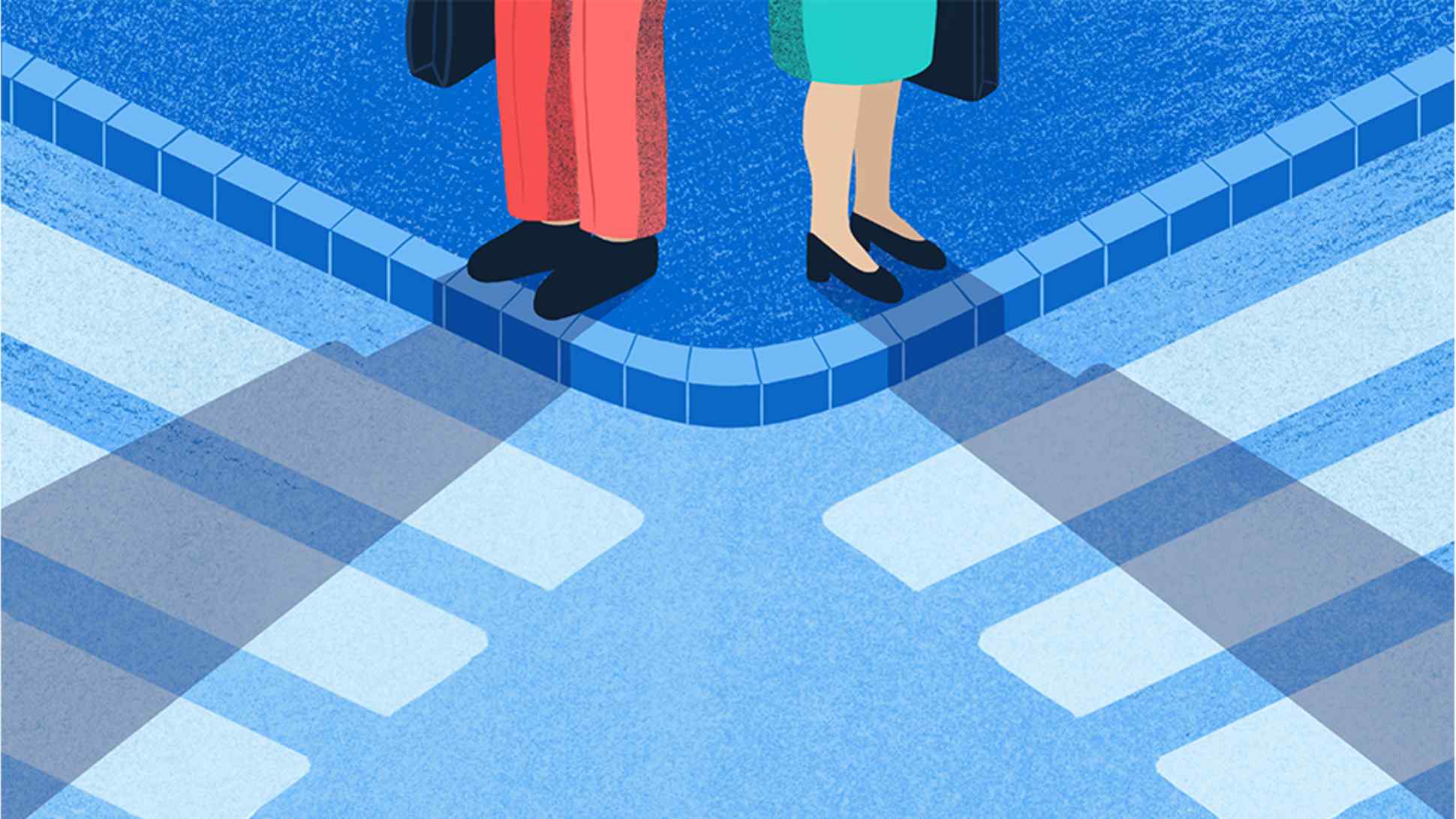 Asia braces for baby bust as singles wait to wed

TOKYO/HONG KONG/SINGAPORE -- For Eva Zeng, a 33-year-old public communications specialist at a property company in Beijing, marriage is not a must.

A successful career, an apartment in a top-tier city, a car -- Zeng already has most of the things that typically make a man marriage material in China. Although she has not found a husband, she is happy with her life.

"When I was little, I thought getting married and having kids was the way to go for every woman," she said. "But later I realized there are different kinds of lives."

Zeng is open to dating, romantic relationships and marriage. But "it is hard to find a suitable partner," she said. "I don't want to just make do with someone." In her view, a spiritual connection is more important than money, but she thinks that could be "much harder to achieve."

Women like Zeng symbolize a rapid transformation of societies across Asia. Economic growth has brought them better education and career opportunities, prompting many to put off tying the knot.

This is a triumph from a women's rights perspective. But it poses a challenge for governments nonetheless: Low fertility rates spell a future of acute labor shortages and sky-high social welfare costs. The issue for policymakers is how to maximize the workforce while giving working couples the support they need to have children.

Fertility rates -- the average number of children a woman will bear -- in developed Asian countries like Japan, South Korea and Singapore have already dropped below those of the U.S. and the European Union. Analysts say emerging countries are ill-prepared to cope with similar downtrends in the future. China has taken action in recent years, easing its one-child policy. In 2013, the government granted married couples permission to have two children if either parent was an only child. In 2016, the policy was relaxed further to allow all couples to have two children.

Why? The answer appears to be that young workers, especially in big cities, are in no hurry to wed.

A survey by the People's Daily newspaper, a state mouthpiece, determined the top three reasons for delaying marriage. Respondents felt it was either too difficult to find the right partner, family responsibilities seemed overwhelming, or being single was simply too much fun.

Before 2013, the average Chinese individual got married for the first time between the ages of 20 and 24. Now, nationwide, more people are waiting until they are 25 to 29. In some of the more developed coastal cities, the average age for first marriages has surpassed 30.

Singapore finds itself in a similar predicament.

"I don't see how I have to be married and rely on a man for my needs," said Jennifer Lim, a 35-year-old who works in child care. 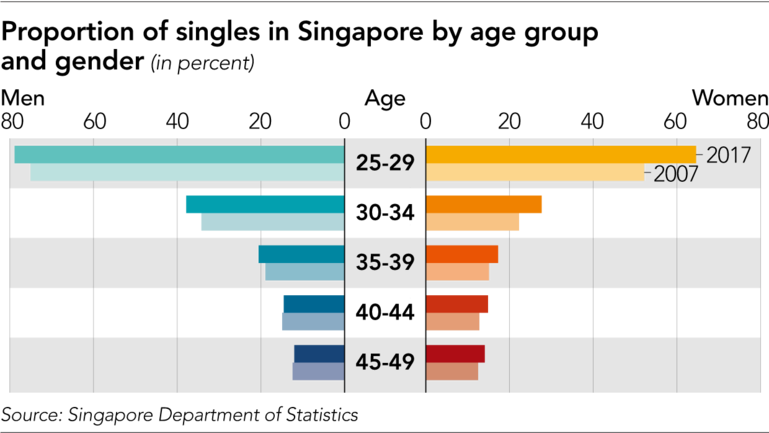 Likewise, Thais are starting families later. Among men, the median age at the time of their first marriage hit 28.3 in 2010, up from 25 in 1960. For women, the median rose to 23.7 from 22.1. More than half of Thai women hold undergraduate degrees and are in the workforce, reducing the urgency to find partners.

The decision to hold off on marriage and children is not always a matter of choice. In Hong Kong, high costs are a major obstacle.

The pressure starts with rising wedding bills. The average Hong Kong wedding cost 360,557 Hong Kong dollars this year, including jewelry, banquets, a honeymoon and pre-ceremony photos. The figure was up 9% from 2017.

Nearly a third of couples who did get married were still living with their parents last year, double the ratio a decade earlier, according to a bridal company survey of 1,400 couples who got married in the past two years. Respondents blamed astronomical housing prices. For many, buying a condominium is almost unthinkable, and renting would quickly eat up all
their savings. 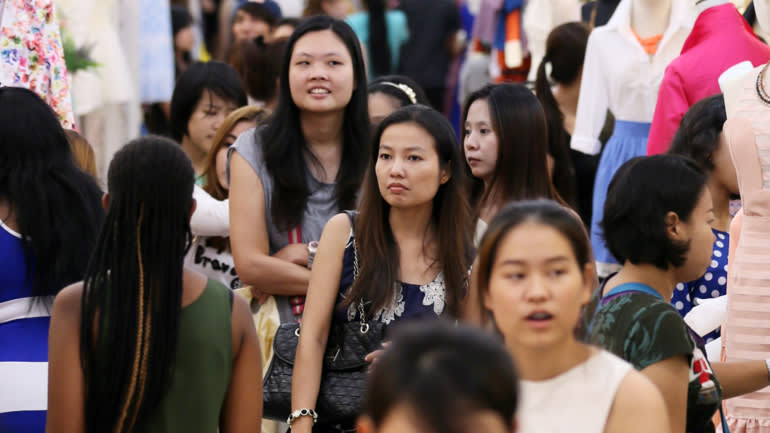 More than half of Thai women hold undergraduate degrees and work. (Photo by Ken Kobayashi)

In Japan, where the population peaked in 2008 and is now shrinking rapidly, the biggest challenge for women is balancing work and child care. Critics say politicians and corporate leaders are stuck in the 1970s, clinging to a male-female division of labor that is thought to have spurred the country's economic rise.

A 32-year-old system engineer in Tokyo is worried that getting married and having children would ruin her prospects for promotion. "In my division, there are no female managers who have children," she said. "There is no role model."

A third of Japanese women aged 30-34 are single, compared with 10% in 1985, government data shows. Yoko Yajima, principal research analyst at Mitsubishi UFJ Research and Consulting, said Japan has been slow to address its falling fertility rate by building day-care centers and reforming its corporate culture. As a result, only 4% of senior management positions are held by women, versus 20% to 30% in the U.S. and Europe. While the female employment rate has been rising, Yajima said this is mostly due to an increase in single women, rather than better conditions for married women.

Government officials fear the consequences, including ballooning public pension outlays as premiums fall well short of payouts. In May, the government projected that social welfare costs will hit 190 trillion yen ($1.66 trillion) in fiscal 2040, or 24% of gross domestic product -- up 2.5 percentage points from this year.

Experts warn that an increase in unmarried seniors will require more support for people suffering from dementia or sheer loneliness. From Tokyo to Beijing and Singapore, time is running out to find solutions.

Without an improvement in Singapore's low fertility rate of 1.16, "we would have an even more rapidly aging population, and more seniors with no adult children in their support network," said Ng Yew Kwang, a professor of economics at Nanyang Technological University in the city-state.

To encourage more couples to have children, the Singaporean government is boosting parental leave. In 2013, it introduced paternity leave for fathers, then doubled it to two weeks in 2017. Including other types of leave, fathers, including adoptive ones, can take up to eight weeks off to help out in a baby's first year.

And back in Japan, economists hope companies' measures to reduce working hours -- in anticipation of a work reform law that takes effect next April -- will make it easier for married women to balance jobs and families.

"We are finally starting to see the fruits of policies promoting diversity in work styles," Yajima said. "It could have been done much earlier."