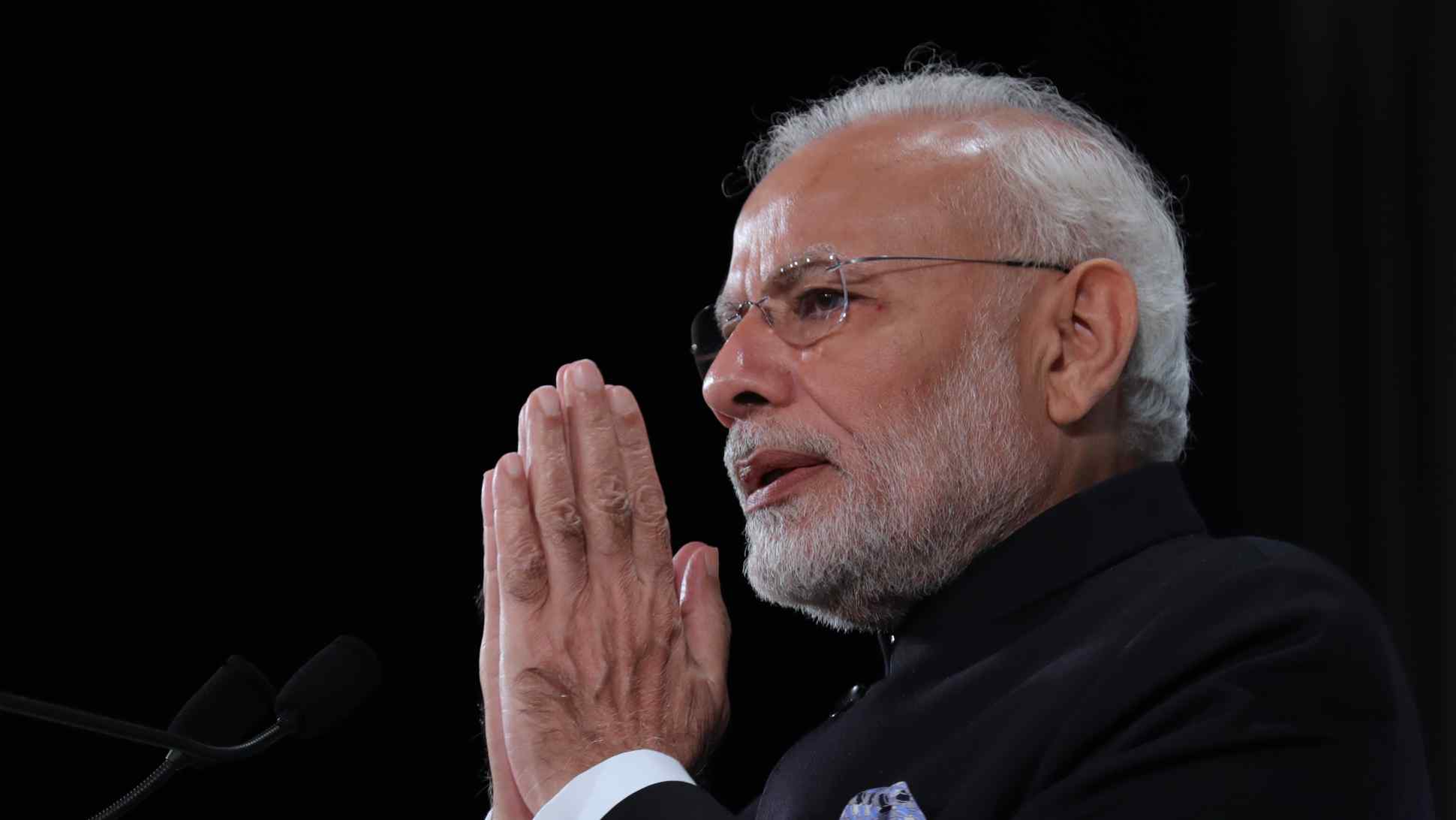 Discord in ruling party brings out Indian PM's populist side

NEW DELHI -- Narendra Modi has crafted an international image as a strong prime minister determined to change the way India works. And yet, after four years in power, discord within his own party has blunted his reformist edge -- and could even cost him the premiership.

Yashwant Sinha, a former heavyweight in Modi's Bharatiya Janata Party, in mid-October opened up about his disillusionment with the prime minister and his decision to quit the BJP.

After Modi took office in 2014, Sinha said he tried to help the new leader. He sent letters suggesting ways to promote development in impoverished farming villages, but Modi "did not reply." He went to Kashmir and offered advice on how to better govern the disputed region, yet Modi "did not have time to see" him.

To BJP insiders like Sinha, it became apparent that Modi and party chief Amit Shah wanted to steer India on their own. "Only two people run the party and the government," he told the Nikkei Asian Review in a leafy neighborhood in the city of Noida, a New Delhi suburb.

Sinha gave up and left the party this past April. 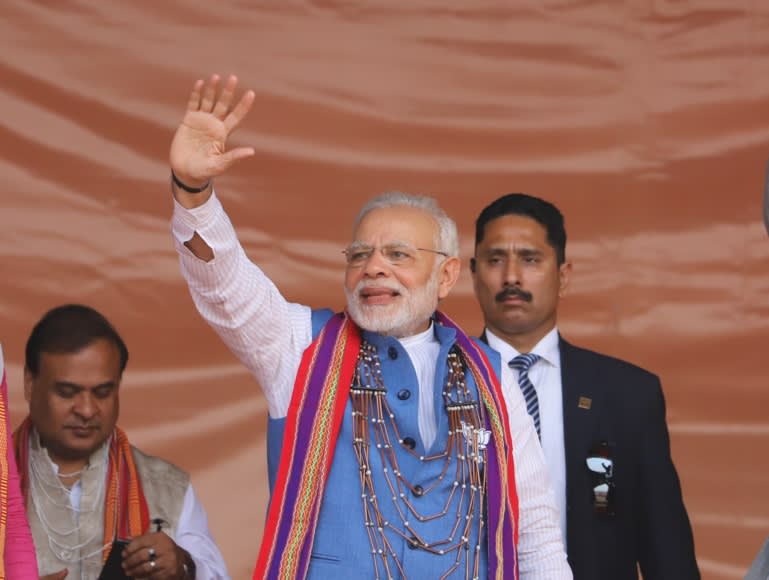 Critics say Modi, seen at a campaign rally in February, has veered toward populism, exemplified by his health insurance program for 500 million people. (Photo by Yuji Kuronuma)

Those economists say the effects of Vajpayee's reforms -- including telecom deregulation, changes to the electricity market and an expansion of housing -- kicked in during Congress' reign.

In contrast, Sinha dismissed Modi's "Make in India" manufacturing initiative as nothing but "a slogan." He also questioned the credibility of official statistics that paint a rosy economic picture. "The government [is] misleading the people of this country [by] dishing out one-sided data."

According to Modi's erstwhile ally, changes to statistical standards in 2015 created an "upward bias" of 100 to 200 basis points in the government's gross domestic product data. He said employment figures are also designed to exaggerate job growth, and that "no expert agrees" on the accuracy of the information.

Sinha is by no means the only high-profile BJP veteran who has turned against the leadership, just months before the next general election in April or May.

Arun Shourie, who is known to relish debate, is another former member of Vajpayee's cabinet who has become an open Modi critic.

The government, they say, played favorites.

On Oct. 4, Shourie asked the Central Bureau of Investigation to launch a probe into the allegations. This provides extra ammunition for the Congress Party and other opposition forces.

Much has changed from the run-up to the 2014 general elections, when the BJP was firmly united behind Modi in the quest to regain power after 10 years in the cold. Now, with another vote fast approaching, the party is anything but unified.

Insiders are increasingly pessimistic, too. The BJP won a majority of the lower house seats in 2014, but this time many of its lawmakers are predicting only 30% to 40%. Bracing for a failure to secure a new majority, some members have attempted to distance themselves from the prime minister, or even position someone else to take his place. 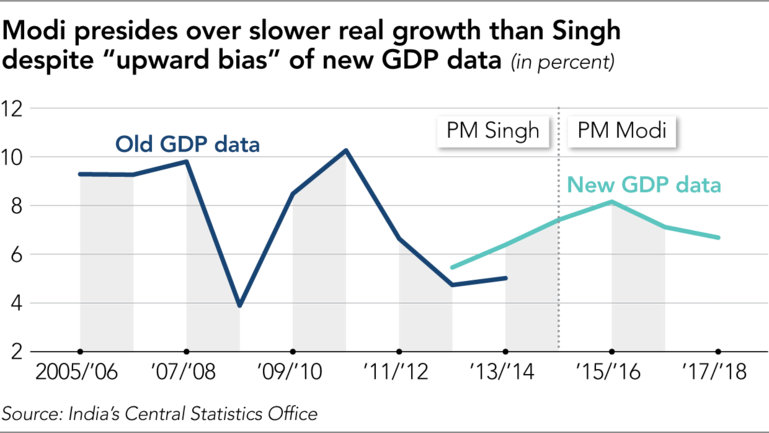 This has created plenty of bad blood.

In June, External Affairs Minister Sushma Swaraj's Twitter account was flooded with criticism from Hindu nationalists. Ostensibly, they were upset with the ministry's decision to transfer a passport officer who had allegedly humiliated a couple by asking the wife, a Hindu, to change her last name, and the husband, a Muslim, to convert to Hinduism.

"Shame on her for favoring Muslims," one person wrote, accusing her of wanting to join the Congress party and thus trying to prove her secular bona fides.

The real reason for the uproar may have been something else.

According to a BJP source, Modi loyalists and Swaraj supporters were butting heads around that time. Some party members fear Modi's highhanded attitude could make it difficult to form a coalition after the next election, which will be crucial if the BJP fails to secure a majority. So they were plotting to replace Modi with Swaraj, known for her gentle demeanor, as the party's leader.

To nip the plot in the bud, "Modi supporters inside the BJP" launched a smear campaign against the foreign minister, the source said. 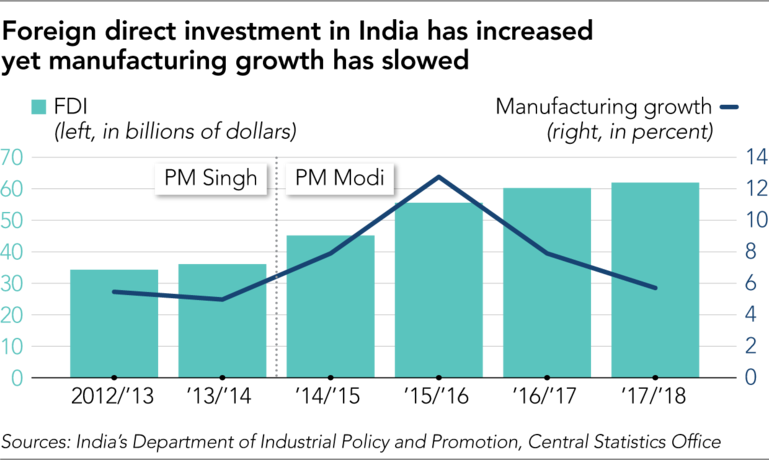 But some pundits are wondering whether the Rashtriya Swayamsevak Sangh, or RSS -- the Hindu nationalist group that provides the BJP's backbone -- is also becoming disillusioned with Modi. Recent remarks by RSS leader Mohan Bhagwat lend weight to this view.

In mid-September, Bhagwat delivered a three-day lecture series in New Delhi. Around 1,000 people from 60 countries, including journalists, were invited to attend, according to an RSS official. Bhagwat said the RSS is all for an "inclusive India."

Bhagwat's choice of words "is almost opposite to the thought process of Modi and Amit Shah together," said Sanjay Kumar, director of the New Delhi-based Centre for the Study of Developing Societies.

Modi and Shah have repeatedly referred to "India excluding Congress" in attacks on the former ruling party. Bhagwat seemed to be pushing back against them. BJP supporters attend a Modi rally in the northern state of Uttar Pradesh in February 2017. (Photo by Yuji Kuronuma)

Bhagwat's speech suggests "he is trying to give us a signal that [Modi's approach] may not be the right way," Kumar said, describing Modi as a man who "wants to go down in history as one of tallest-standing leaders India ever produced." He suggested that ambition rubs the RSS the wrong way, since the group sees Modi as a man of its own making.

Kumar said the group's preference to lead the country would now be Shipping Minister Nitin Gadkari "because Gadkari is very close to RSS."

"They would like to have their man as the prime minister."

As discord festers within the BJP, Modi has amped up the populism to gain support directly from the electorate. Critics point to Modicare, a massive health insurance program for low-income earners introduced in September.

The prime minister says the program will benefit 500 million people. But New Delhi could have to pay up to 30 trillion rupees a year to finance it, based on the annual upper limit for coverage. To put that in perspective: The figure far exceeds the government's annual spending. Mohan Bhagwat, left, leader of the Hindu nationalist group RSS, and BJP President Amit Shah are seen in July 2017. Bhagwat hinted recently that he disagrees with the approach of Modi and Shah. (Photo by Yuji Kuronuma)

Modi appears to be betting that the total reimbursement requests will be well below the maximum. But why announce an unrealistic upper limit, if not to lure voters and compensate for the BJP infighting?

There are also signs Modi is beginning to ride the Donald Trump-inspired protectionist wave he once rejected, despite India's need for foreign capital and technology to reduce poverty.

In September, the Finance Ministry raised import tariffs on 19 categories of products, including air conditioners and refrigerators, to help check the current-account deficit and shore up the weakening rupee.

Local elections in the central and western states of Madhya Pradesh and Rajasthan, to be held in November and December, could show how well Modi's efforts to save his political skin are working ahead of the general election.

An India Today "Mood of the Nation" survey in July found the prime minister's 49% popularity was still well ahead of Congress leader Rahul Gandhi's 27%. But Modi's ratio was down significantly from January 2017, when it hit 65%, while Gandhi's figure was up from 10%.

Kumar said Modi wants to keep the opposition fragmented and prevent the formation of a "grand alliance" led by Congress.

The main opposition party has called for forming just such a coalition to bring down the BJP. Gandhi recently told reporters that he would not necessarily be the alliance's candidate for prime minister, and that the priority is simply to oust the BJP. Janata Dal, a secular party headquartered in Bangalore, has signaled its willingness to team up with Congress, raising the likelihood of more regional parties banding together.

"The BJP is more concerned about how to play some tricks which keep ... opposition parties separate from each other," Kumar said.

Sinha, when asked if he intends to run in the general election as an opposition candidate, smiled and said, "The future? Nobody knows." Still, he referred to the opposition camp as "we" and said he had "completely, completely ruled out" running on a BJP ticket.

Even if Modi does win a fresh mandate, he can no longer count on loyalty from his own party. This is likely to make it harder to live up to his image as a leader willing to push painful but necessary reforms.

In 2014, Modi voters and much of the world saw a new India on the horizon. Whatever happens next spring, that excitement has all but vanished.