SINGAPORE -- For the past seven years, Khath Hach and her husband would wake at 2 a.m., go to the shed at the back of their house in central Cambodia, drag a rusty wire cage containing up to five medium-sized dogs to the nearby river and drown them.

The pair, owners of a dog slaughterhouse in Chi Meakh village, would then de-fur the animals, chop up their meat and load up the family's motorcycle for an hour's ride. By 6:30 a.m., they would be at a market, selling the sach pises or "special meat."

The work was both physically demanding and emotionally draining, said Hach, 37. "Every time I killed the dogs, I felt really sad. Because it's really hard to kill and take another life."

So when Siem Reap banned the dog meat trade in early July, she cheered. Also celebrating the ban -- the first issued by a Cambodian province -- are animal activists, who have long decried the business as cruel and barbaric. Public health officials are applauding, too, hoping the decision will ease the country's rabies problem.

The move came as the coronavirus pandemic cast a spotlight on the threat of zoonotic illnesses that spread from animals to humans, as well as the potential role of exotic meat. Scientists are still investigating COVID-19's origin, but it is likely to join a long list of zoonoses that includes Ebola and plague. 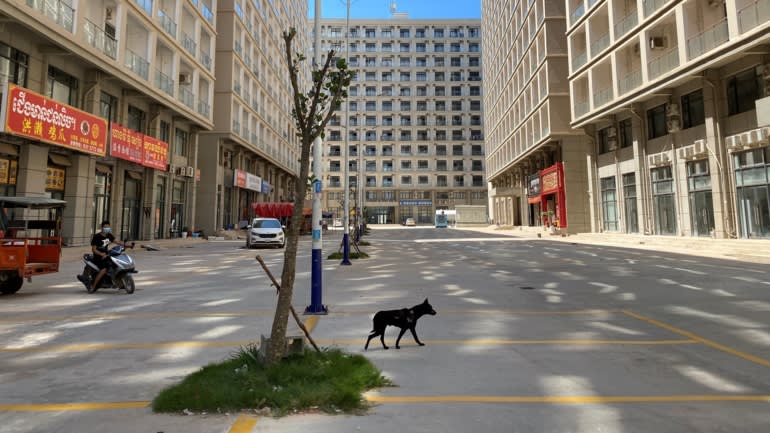 A stray dog in Sihanoukville, Cambodia: The country is home to a large and mostly unvaccinated free-roaming canine population.   © Reuters

Rabies, although largely eliminated in the West, remains endemic in many developing countries in Africa and Asia, causing tens of thousands of deaths and costing roughly $8.6 billion annually, according to the World Health Organization.

The virus affects the central nervous system and causes swelling of the brain and spinal cord. It is spread from infected animals via saliva, with dogs accounting for more than 99% of cases worldwide.

Cambodia is vulnerable because it has a large and mostly unvaccinated free-roaming canine population, with one dog for every five people, according to epidemiologist Veronique Chevalier at the Institut Pasteur du Cambodge, a research organization in Phnom Penh. Studies conducted by the institute suggest nearly half of canines in the country may have rabies -- an alarming statistic given how approximately 600,000 people are bitten by dogs there every year.

"There is no dog population management, there is no control," Chevalier said.

The dog meat trade exacerbates the issue. "It involves practices that put handlers, traders and butchers at risk of being bitten," explained veterinarian Katherine Polak from the Vienna-based animal welfare organization Four Paws. "Plus, rabies-infected animals are frequently sold into the trade" -- animals the WHO "strongly discourages" people from eating even without evidence that consumption causes infections.

Siem Reap, better known for its ancient Angkor Wat temple complex, harbors a dark secret: It has been Cambodia's staging ground for the industry. Four Paws says up to 3 million dogs are killed for food in the country each year -- many of them snatched off the streets, transported to slaughterhouses like Hach's or larger-scale facilities and culled before being delivered to restaurants in the capital, Phnom Penh.

Hach would get a fresh supply of dogs every other day, delivered by men on motorbikes driving down from Siem Reap. 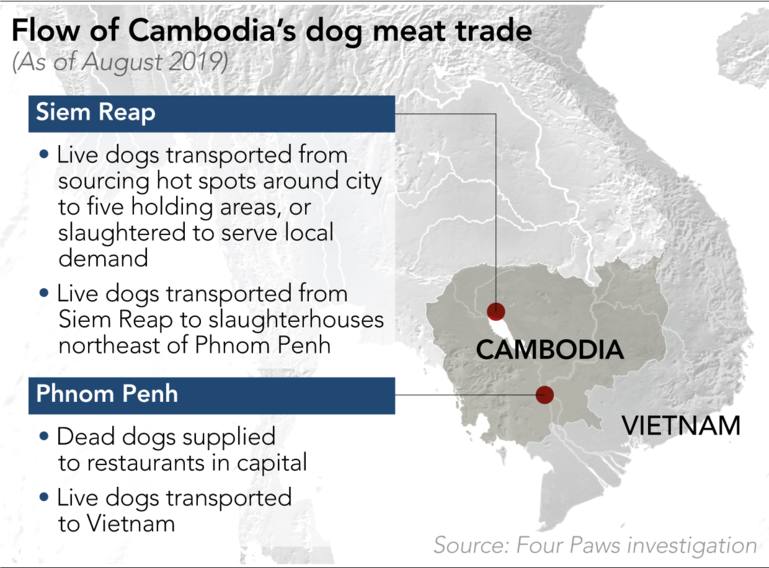 Besides her ethical qualms, Hach said she was "always very afraid" of rabies. She had seen a neighbor's daughter die of the disease, and more recently the death of an acquaintance who was bitten while preparing a dog for slaughter. "He ignored it and didn't go get a vaccine," she said, referring to the post-exposure prophylaxis treatment that is nearly 100% effective.

For years, Hach kept at it despite her fears, like thousands of others. The business, simply put, is lucrative. A single dog can bring in up to $25 depending on weight -- a significant sum in a country where a worker earning the minimum wage takes home around $210 a month.

"There's a stigma around the trade and most people don't want to be in this business," Polak said. "But it's a way to make money."

The situation is similar in other Asian countries where dogs are eaten -- mainly Vietnam, Indonesia, India, South Korea and China. In China, the largest consumer by far with up to 20 million dogs culled for meat each year, Polak said "it's all a profit-driven industry" with strong links to organized crime.

Advocacy groups concede they can only make rough estimates of consumption, citing the illicit and unregulated nature of the business. It is also true that only a fraction of these populations eat canines -- roughly 12% in Cambodia, 11% in Vietnam and 7% in Indonesia, according to Four Paws' research, and just 1% to 2% in big cities like Jakarta or Hanoi. In China, Humane Society International says a 2016 poll found about 70% had never tried the meat.

Still, there is demand. "Some people think dog meat is a tonic, while others believe it will bring them good luck," said Kike Yuen from the nonprofit World Dog Alliance. A woman sells dog meat outside her home in Hanoi. Although only a fraction of Vietnam's and other countries' populations eat canines, demand persists.   © Reuters

Many women in Cambodia believe it improves blood flow during menstruation and after giving birth. In China, the practice can be traced back nearly 2,000 years to the Han dynasty. In certain parts of Vietnam, dog meat symbolizes wealth, Yuen said.

There has been a noticeable shift, however.

Besides Siem Reap, Nagaland in northeastern India outlawed dog meat in early July, as did the southern Chinese cities of Shenzhen and Zhuhai. The Chinese government this year also removed dogs from its list of "edible terrestrial animals," reclassifying them as pets. In 2018, Hanoi announced a plan to ban dog meat in the city center by 2021.

At least in Siem Reap, the authorities are following through, according to Polak. "A lot of time it's just been lip service -- it's a ban and no one is doing anything," she said. "But we know that the provincial Department of Agriculture is actually going out and meeting with all these traders, shutting places down, so that's really great."

More broadly, China banned the trade and consumption of exotic wildlife in February amid suspicions that COVID-19 started at a Wuhan wet market. Vietnam followed with similar restrictions in July.

"Certainly the pandemic has called a lot of attention to the threat of zoonotic diseases," said Gregory Gray, an epidemiologist at Duke University. "We know that about 70% of the time, emerging infectious diseases in man come from animals." Historically, Asia has been a hot spot for such diseases. The H5N1 bird flu first emerged in Hong Kong in 1997, the Nipah virus was initially detected among Malaysian pig farmers in 1999, and SARS has been traced to Guangdong's food and catering industry in China back in 2002.

The region is susceptible for a number of reasons. "It has dense populations of people who live in close proximity to animals so there's a mixing there," Gray said.

Rapid population growth and urbanization in recent decades have compounded the problem, said Navneet Dhand, a veterinary epidemiologist at the University of Sydney. "We are encroaching more into wildlife habitats, which increases the potential for pathogens to spill over from wildlife to domestic animals and humans."

Demand for animal protein, particularly in Southeast Asia, has also risen sharply, comprising about 20% of the average daily diet versus roughly 10% in the 1960s, Dhand said. This, in turn, has given rise to "densely populated pig and poultry farms" and intensive farming practices that are unsustainable. 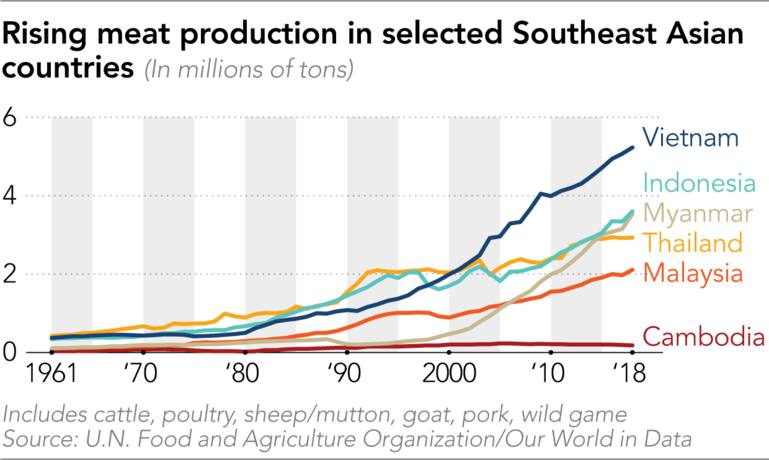 Nevertheless, there are a number of steps Asian policymakers can take to prevent future pandemics. A crucial one is recognizing that human health is intrinsically linked to that of animals and the environment -- a concept experts call One Health.

The WHO describes One Health as "an approach to designing and implementing programs, policies, legislation and research in which multiple sectors communicate and work together to achieve better public health outcomes."

"We can't separate them out," Dhand said. "If the animals are not healthy and if the environment is damaged, then humans are not going to be healthy."

Take Cambodia as a case in point. Implementing a nationwide canine rabies vaccination program would protect dogs against the virus, which in turn would prevent humans from being infected if bitten.

Other ways to guard against another COVID-like outbreak include introducing legislation in the spirit of Siem Reap's new law, and creating more robust monitoring systems to detect novel pathogens. But more importantly, we need to be proactive rather than reactive, according to Dhand.

"We need to start addressing the root causes of these outbreaks and work on preventing them." 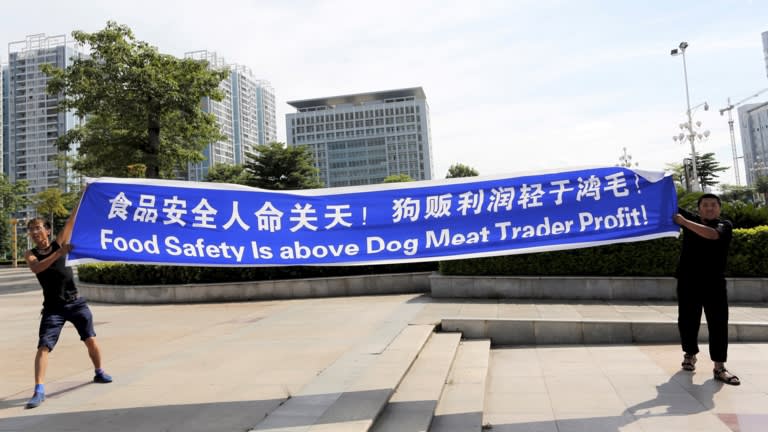 That means reducing the illegal wildlife trade, as well as educating people about zoonotic diseases and how to handle livestock hygienically -- for example, slaughtering different species separately in wet markets.

Policymakers also need to think about sustainability, said Theresa Mundita Lim, executive director of the ASEAN Centre for Biodiversity. The problem is not eating animals per se, "it's eating them to extinction," she said. "Once you hunt a wild population to the point where viruses start looking for another host, that's when they can transform and adapt and become infectious to other species."

"I am hopeful that after this disease is under control, countries will rethink their strategies for dealing with outbreaks," Dhand said. "And that people will be much better prepared and much better trained to deal with these situations in the future."

As for Hach, she now runs a small store selling drinks, rice and other provisions from her house.

"I don't need to kill dogs anymore," she said, a wide smile breaking across her round, weathered face. "I am so happy, there are really no words to describe it."