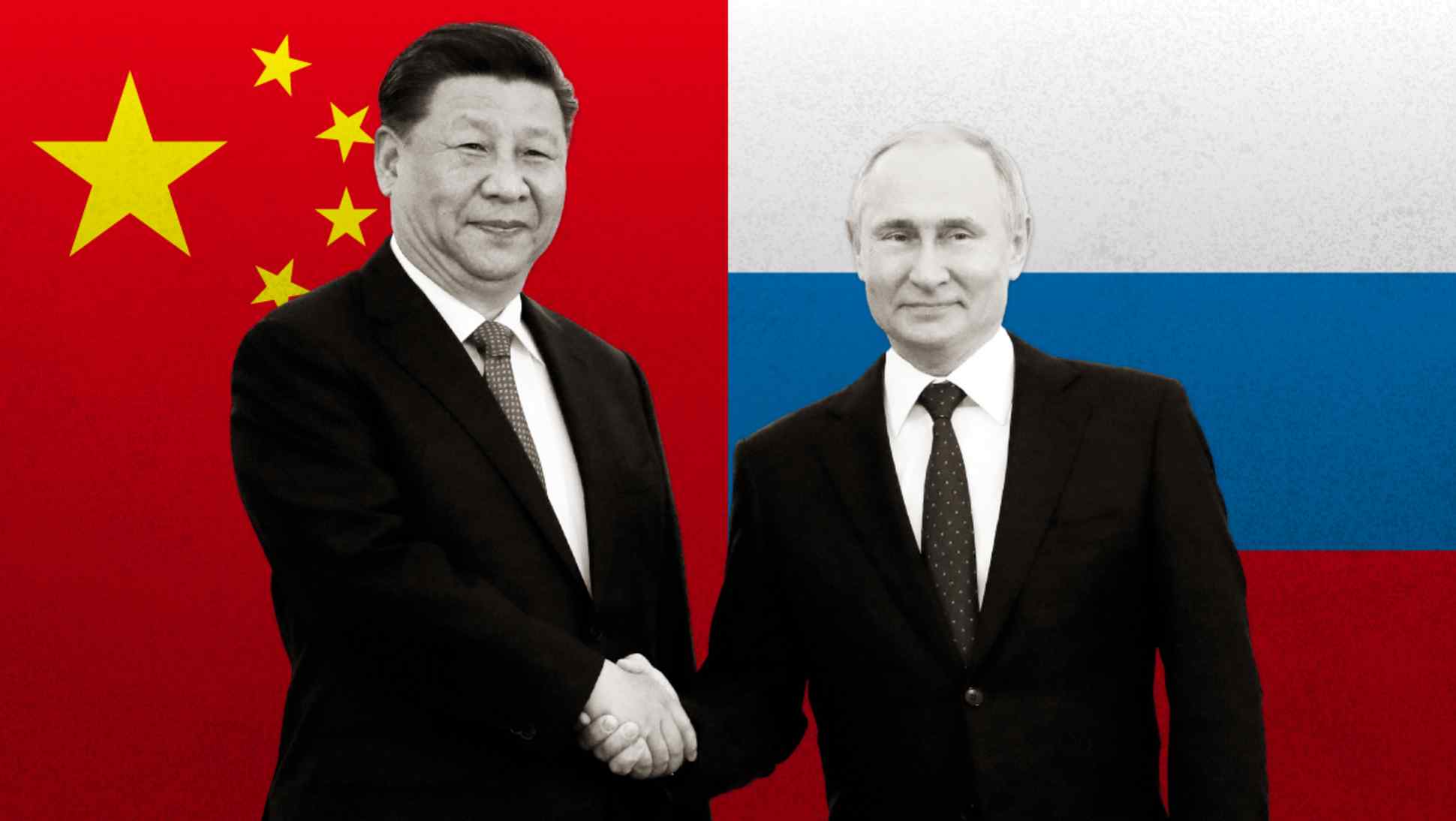 China's Xi Jinping and Russia's Vladimir Putin: A joint statement released after their recent summit says the countries' relationship "has no limits -- there are no 'forbidden' areas."   © Nikkei montage/Source photo by Reuters
Asia Insight

MOSCOW -- In November 2001, Russian President Vladimir Putin insisted to American journalists that a new Cold War between Moscow and Washington was inconceivable.