China chases oil benchmark to knock US off global perch

Yuan crude futures, 25 years in the making, set to challenge the dollar

Final preparations are underway at the Shanghai International Energy Exchange, or INE, in the city's pilot free trade zone. After five system tests in 2017, the trading platform has had small glitches but is nearly set to go, according to Tang Yun, an assistant to the president of Shanghai-based East Asia Futures. Trading in yuan could start by March, once the authorities give the go-ahead.

While China mostly prohibits foreign investors from trading commodity futures on its soil -- to prevent a flood of speculative funds -- it is opening its doors wide for crude. Jiang Yang, vice chairman of the China Securities Regulatory Commission, on Jan. 15 said China will welcome domestic and overseas investors alike.

Simply put, the government is determined to turn the INE's crude oil futures into a global benchmark, and to do so it needs to get large numbers of traders involved. The more participants a market attracts, the more liquid it will be, and the more it will inspire confidence.

This is not China's first attempt at handling oil futures. It launched trading in 1993, only to shut down the operation about one and a half years later due to volatility and other issues.

Now China is calling on oil producers and consumers -- from global majors to its own big players -- to participate in the new market. The INE plans to handle seven kinds of Middle Eastern crude, including Basrah Light produced in Iraq, Dubai crude and Oman crude. China Petroleum & Chemical, or Sinopec, and other state-owned Chinese companies that import large volumes from the Middle East are expected to make use of the market.

So are small and midsize refineries. The government has been working to liberalize the business and in 2015 started assigning oil import quotas to "teapots" -- small, independent refineries. The teapots see the INE as a place to hedge the risk of price swings on Middle Eastern imports.

What China is doing here is challenging the U.S.-led world order, established in the wake of World War II. 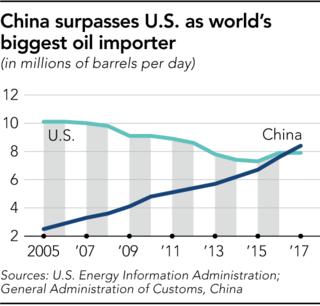 Although oil demand has shifted toward Asia, the world's leading benchmarks are still West Texas Intermediate in the U.S. and Brent crude in London. Their position reflects market liquidity and transparency.

Dubai crude, a benchmark for Asia, is mainly traded on a spot basis, while futures trading in Tokyo and elsewhere is sluggish. In reality, Dubai crude prices are influenced by Brent futures.

In 2017, China imported 8.4 million barrels of crude per day. That made it the world's top importer, ahead of the U.S. at 7.9 million barrels. Over the last decade, as the Chinese economy took off, its oil imports surged 200%.

"Crude Oil Futures Q&A," a leaflet released by the INE last May, expresses China's discontent with the oil market's Western tilt. The Q&A notes that while the U.S. and Europe have mature futures markets, it is difficult for prices in these markets to properly reflect Asia-Pacific supply and demand. The WTI and Brent prices have retreated quickly in recent trading sessions, dragged down by the sudden turmoil in the broader financial system.

China aims to gain control of crude price-setting by taking advantage of its buying power. "The government must have thought the futures market has a chance of success, given the size of the country's economy and actual demand [for crude oil] now," said Taro Oki, president of Okachi (Shanghai), who helped design the crude futures framework around 2012-2013 at the request of the Shanghai Futures Exchange -- the INE's parent.

The government's other ambition is to challenge the dollar with oil futures traded in yuan. Virtually all global crude oil trading is in dollars, barring an estimated 1% in other currencies. This is the backbone of U.S. dominance in the world economy. China wants to make the yuan a global currency, and its massive crude oil trading could help build momentum.

China has said it will increase imports from countries that are willing to sell crude for yuan. If such transactions increase, the yuan's liquidity will also increase in the global markets. In turn, this would make futures trading in yuan more appealing to buyers and sellers of crude, as a price hedge.

To create this virtuous cycle, China is looking to countries that are on unfriendly terms with the U.S., such as Russia and Iran. Since 2015, China and Russia have been using yuan to settle some oil transactions.

"Our priority area of cooperation is energy," Russian President Vladimir Putin told his Chinese counterpart, Xi Jinping, when he welcomed him at the Kremlin last July. "Russia is a leading oil supplier to China."

In fact, Russia became the No. 1 oil exporter to China in 2017, surpassing Saudi Arabia.

In November, Putin and Xi met on the sidelines of the Asia-Pacific Economic Cooperation summit in Vietnam. Two days later, Russia completed the expansion of its East Siberia-Pacific Ocean, or ESPO, pipeline for China. The pipeline, which connects Skovorodino in eastern Siberia and Daqing in China, supplies crude to refineries in northeastern China. 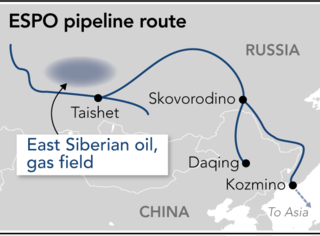 As of January, Russia's annual capacity to export oil to China stood at 30 million tons, double the figure a year earlier. That translates to about 600,000 barrels a day.

China's eagerness to settle trade in yuan comes at the perfect time for Russia. The U.S. has imposed economic sanctions against state oil giant Rosneft and other energy companies, making it difficult for them to carry out transactions and financing in dollars.

Iran was in a similar boat until 2016, facing tough U.S. sanctions over its nuclear program. To offset a steep fall in exports to customers such as Japan, Iran increased shipments to China, in some cases accepting yuan in return.

Venezuela is also keen to play along.

"Venezuela is going to implement a new system of international payments and will create a basket of currencies to free us from the dollar," President Nicolas Maduro said in September. The following week, he announced a sale price for crude oil in yuan. Plagued by economic turmoil, Maduro clearly intends to rely more on crude exports to China. 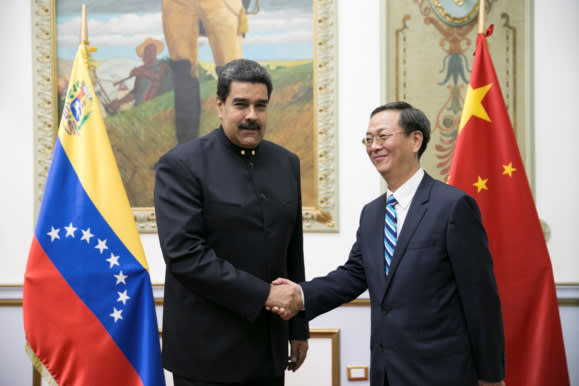 Saudi Arabia is the big X factor. The kingdom is weighing locations for an initial public offering of Saudi Arabian Oil, the state company better known as Saudi Aramco. There is a possibility Riyadh might agree to settle some trade in yuan to pave the way for a listing in China.

Saudi Arabia needs to expand cooperation with Beijing to regain market share and counter Russia's advance. "Should Saudi Arabia follow in Russia's footsteps with yuan settlement for oil transactions, this would mean a paradigm change for the whole industry," economists led by DBS Group Holdings' Chris Leung wrote in a report last November.

Pushing the redback out into a greenback-dominated world is a big part of Xi's drive to restore China's status as a great power. This includes putting China on an even footing with the U.S. militarily and economically.

The Belt and Road Initiative -- Xi's campaign to build an economic zone from China to Europe, mainly through infrastructure development -- is another part of the equation. This is expected to help diversify China's oil sources and promote circulation of the yuan as well.

"The [yuan's] influence in the region is set to grow in tandem with Xi's proactive and assertive foreign policy," the DBS economists wrote. The Belt and Road "will be an indispensable catalyst for greater use of the yuan on oil settlement."

Even so, there is a long way to go until Shanghai oil futures become an actual benchmark. 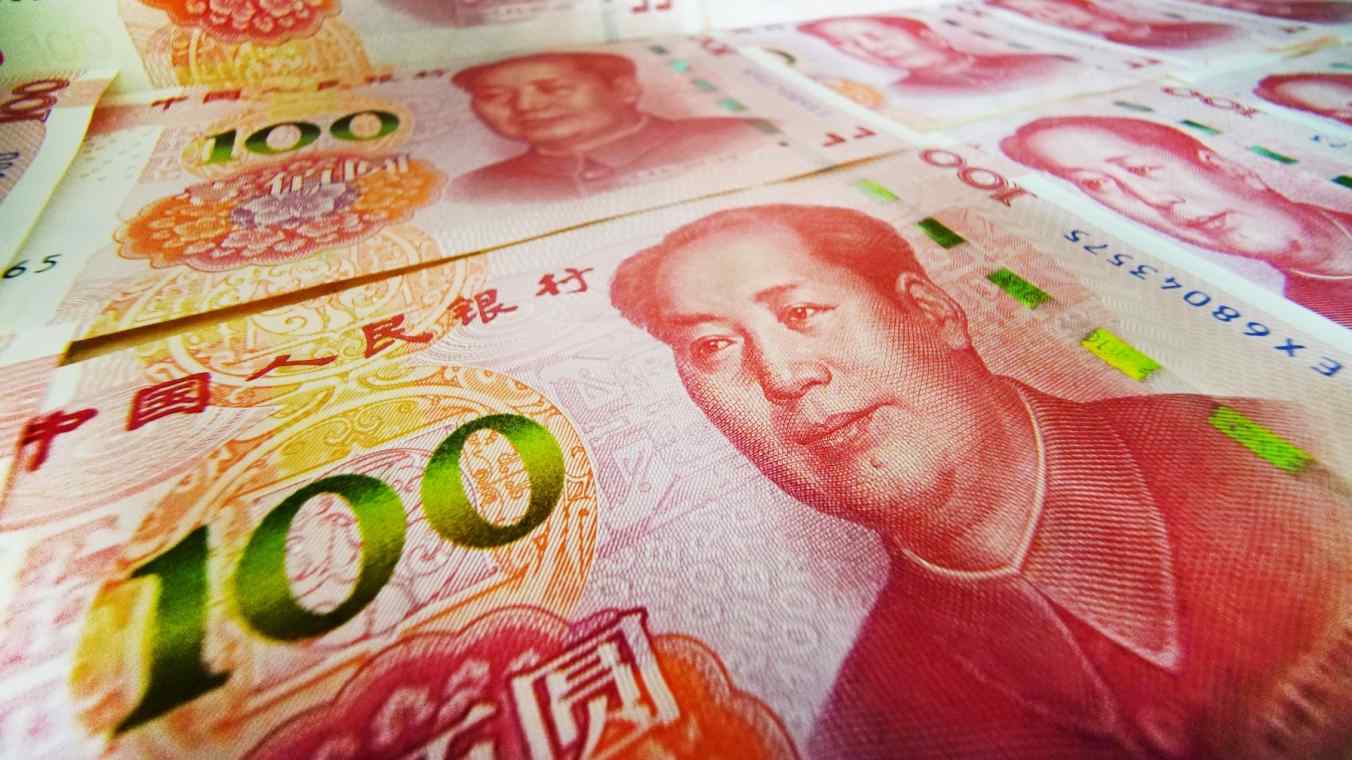 "We expect to see a growing volume of arbitrage trades between the Shanghai and Tokyo exchanges," said Mitsuhiro Onosato, executive officer of the Tokyo Commodity Exchange, which lists Dubai crude futures. A crude trader at a major Japanese trading house, though, said he is taking a wait-and-see approach and is "only collecting information for now."

The trader said he believes there are profit opportunities in Tokyo-Shanghai arbitrage trading but cannot brush off concerns about market intervention by the Chinese government.

Meanwhile, ExxonMobil and other big resource players have no need to actively trade in yuan, which would expose them to foreign exchange risks. They, too, are likely to sit on the fence for now.

Investor mistrust over China's repeated market meddling is one reason the government delayed the launch of crude futures from 2012 to 2018. The Chinese authorities' heavy-handed restrictions after the stock market downturn and the yuan's fall in 2015 did not sit well with investors in the U.S., Europe and Japan.

As long as China is worried about limiting inflows and outflows of funds, it will be difficult to realize the unrestricted transactions global investors and trading houses expect. And given current restrictions on exchanging yuan for dollars and overseas remittances, it will not be easy for foreign investors to fully participate anyway.

Zhou Xiaochuan, the People's Bank of China governor who is spearheading the yuan-globalization drive, told a Chinese magazine that no country with strict currency controls has ever achieved an open economy.

China has sought to set other global commodity benchmarks before.

The Dalian Commodity Exchange ranks No. 1 in the world in terms of trading volume of iron ore -- the main material for steel. The market is starting to have a significant impact on spot markets in Asia. "Checking prices on the Dalian futures market is one of my daily routines," said a staffer responsible for materials procurement at Nippon Steel & Sumitomo Metal. 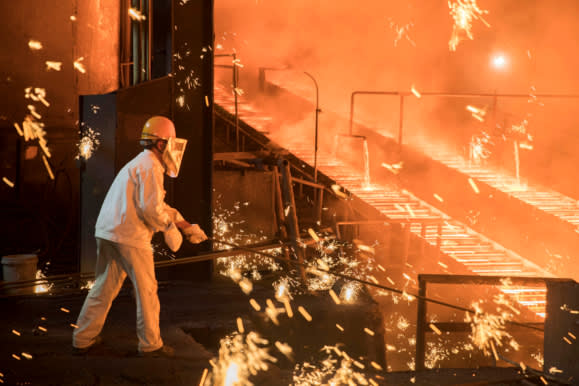 But individual investors playing the short-term game have an outsize role in the market. Often, they trade through online services geared to cellphones. They demonstrated their power in 2016: Trading volume on some days exceeded China's annual imports of around 1 billion tons, as they speculated on a rebound in steel prices.

Such speculation ignores supply and demand and stokes volatility -- sowing confusion in the physical spot markets for iron ore and steel.

Will China's new crude futures market be similarly problematic? Either way, creating a benchmark is more of a marathon than a sprint.

"It is not easy to gain the confidence of global natural resource companies and investors," said the crude oil trader at the Japanese trading house. "It'll take years for China's crude oil futures trading to become a leading benchmark and have an influence on the crude oil markets."