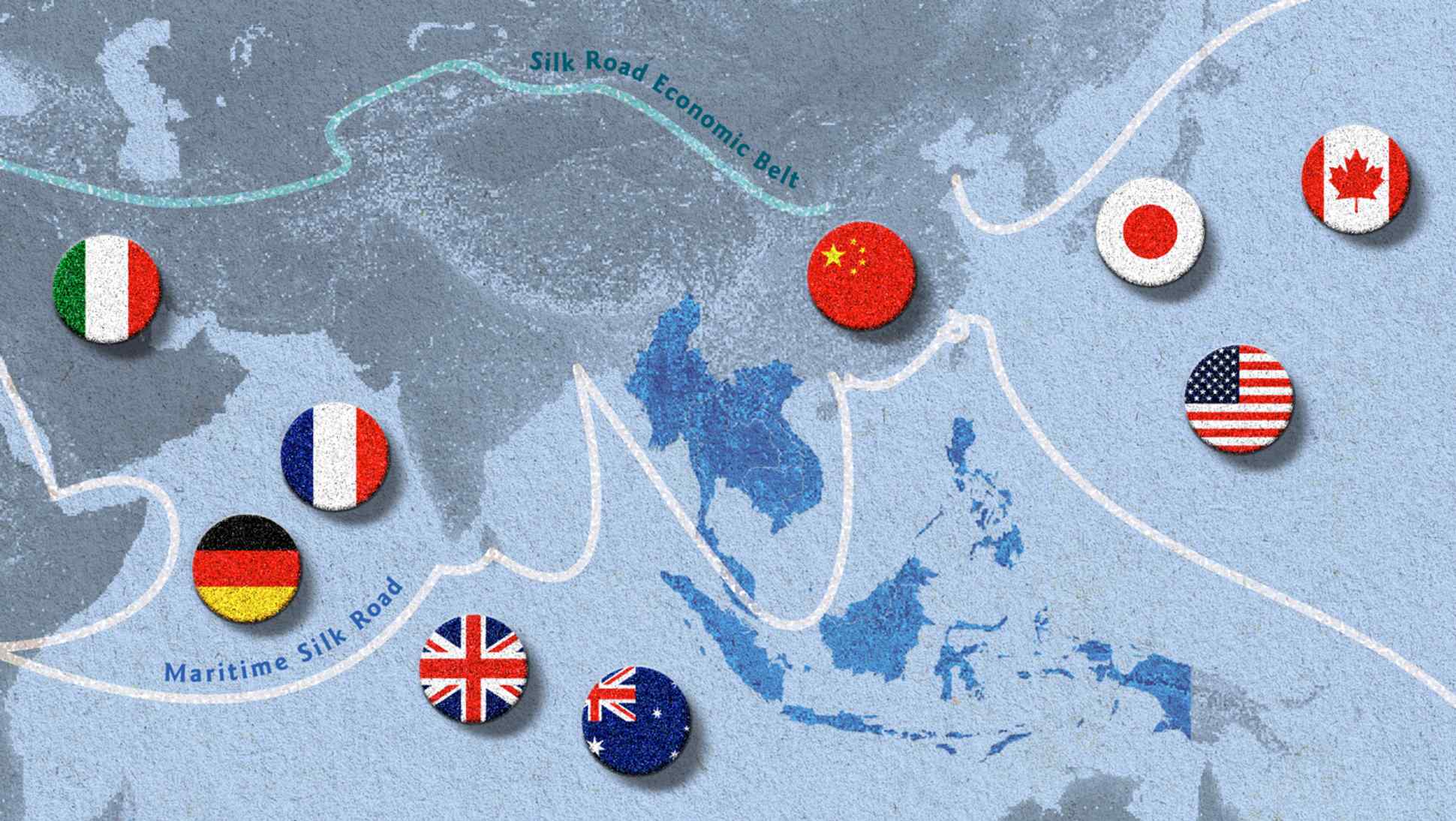 Group of Seven countries and democratic allies like Australia are dangling infrastructure support in Southeast Asia as an alternative to China's Belt and Road.   © Nikkei illustration
Asia Insight

China's ASEAN Silk Road gets slippery as other powers move in

HO CHI MINH CITY -- Chinese blue-and-white porcelain first hauled along the Silk Routes to Europe proved so popular with British consumers that by the late 1800s the phenomenon spawned a nickname: "Chinamania." Today, the China obsession has a darker shade, as European and Pacific powers compete with Beijing's "new Silk Road" infrastructure projects -- and offer their Asian trade partners an alternative.

The battle is intense on China's doorstep in Southeast Asia, where bridges and ports have sprung up to meet the infrastructure needs of some of the world's fastest-growing economies and key supply chain hubs. Tokyo has long been the main donor behind the region's truck and train routes, but Beijing changed the game when it struck out on the Belt and Road Initiative (BRI) nearly a decade ago to build its own trade networks.