A 2-year-old girl living on the streets of Manila: The Philippines' ratio of children suffering from stunted growth -- 1 in 3 -- has held steady for two decades. (Photo by Jilson Tiu)
Asia Insight

Over 30% of Indian, Filipino and Indonesian kids never get chance to reach potential

Bhogade, a 32-year old farm laborer working 150 km north of India's financial capital Mumbai, delivered her babies prematurely in January. One died almost instantly due to malnutrition. The other died of a heart attack within a month. "It was painful to lose them," she said.

It is a pain far too many families are experiencing in some of Asia's fastest growing economies. From India to the Philippines and Indonesia, youthful societies promise "demographic dividends," but malnutrition is cutting lives short and hindering children's growth. As the world races toward a digital future, these countries are scrambling to prevent their population blessing from becoming a curse -- large numbers of infirm citizens who cannot support themselves.

Bhogade and her husband, Bhimjaya, live in a hamlet of roughly 50 families in Mokhada, part of a large tribal belt in India's most prosperous state. Mokhada has seen hundreds of malnutrition-related deaths in recent years. The wider district of Palghar, to which Mokhada belongs, recorded over 3,000 such deaths in the last five years.

When it does not kill, chronic malnutrition causes stunting -- when a child cannot grow to an age-appropriate height. Stunting also impedes brain development, especially in children up to the age of 5, preventing them from ever reaching their full potential. 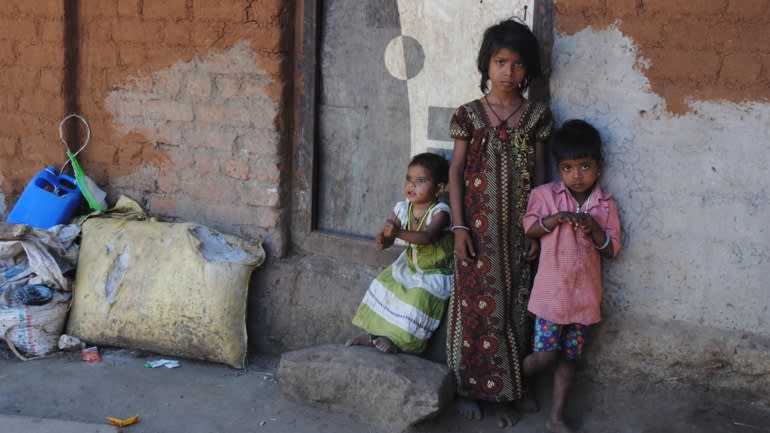 Malnutrition is an urgent problem in the Indian village of Mokhada. (Photo by Rosemary Marandi)

For these children, the future is bleak. They struggle in school, are more likely to drop out altogether, and have little chance of landing a good job and becoming financially secure, productive citizens.

In India the median age is 28.5, making it the envy of aging countries like Japan, where the median is over 47. But 46.6 million Indian children, or 38%, suffer from stunted growth despite the government's efforts to address the problem; only neighboring Pakistan has a higher ratio.

India's stunted children account for a third of the worldwide total.

The situation in the Philippines is similarly grim: 1 child out of 3 is stunted, a ratio that has remained virtually unchanged for two decades. Health experts say the country is stuck in a vicious cycle, where children who were malnourished 20 years ago are now becoming mothers to malnourished children of their own.

"It is quite shocking, really, that there has been no progress on stunting in the Philippines in over a decade," he said. "They are going to grow up and find themselves living in a digital economy where they can't compete." Demombynes added, "We are in a race against time to ensure that all children can reach their potential."

Dr. Mario Capanzana, director of the Philippines' Food and Nutrition Research Institute, said the government has come up with several measures to address malnutrition in children, but on-the-ground implementation has been spotty.

"We say our policies are good, but apparently it's not trickling down" to the local officials in charge, Capanzana said, adding that some have their own interpretations of how to execute the recommendations. Political continuity can be another issue, since local elections are held every three years and new leaders do not necessarily want to go along with the suggestions.

The economic costs of malnutrition are staggering. India stands to lose $46 billion of its gross domestic product by 2030, according to a study by British charity Save the Children. The Philippines, meanwhile, has been losing 220 billion pesos ($4.3 billion) or 1.5% of its GDP a year, based on a joint study by the United Nations' Children's Fund, the Philippines' Health Department and a local nongovernmental organization. Children offer a prayer before tucking into a free meal at a missionary house in a Manila slum.   © Reuters

The World Bank's Demombynes stressed countries have much to gain by investing in solutions.

"Investments in human capital have played a key role in the standout development successes of many countries across Asia and, looking forward as we enter the digital economy age, the link is becoming more powerful between economic growth and human capital," he said.

The multilateral lender estimates that every dollar invested in maternal and child nutrition can deliver returns of up to $16 on average. Indonesia, where about 31% of children experience stunted growth, stands to earn as much as $48 in economic returns. The World Bank explains this is because the cost of investing in nutrition is similar across all countries, but earning potential lost to stunted growth is much higher in middle-income countries like Indonesia than, say, the poorer nations of sub-Saharan Africa.

This is not lost on the Indonesian government. In 2017, it introduced StraNas Stunting, a program involving 22 ministries and annual investments of around $3.9 billion. The money goes toward improving access to health, sanitation, food security, social protection and early education. Indonesia's strategy is in line with internationally agreed goals to reduce stunting by 40%. "There's no single magic bullet but a number of different interventions are needed, focused principally on pregnant young women and for young children," he said.

Jossie Rogacion, a professor of pediatrics at the University of the Philippines College of Medicine, said environmental factors are also to blame for stunted growth. "It's not just nutrition," she said. "It also has something to do with the environment and how nutrition and environment interact."

Rogacion said programs in some areas have shown that "if you improve sanitation, usually the children get taller."

Social norms can contribute to the problem, noted Naresh Dhanwa, a manager with Dr. M. L. Dhawale Memorial Trust, which runs health care and sustainability programs in India. It has been a common practice for pregnant women to eat less so that the babies would be smaller and easier to deliver at home, rather than a hospital.

In addition, rural Indian extended families that used to live under the same roof are increasingly splitting up -- dividing incomes that were once pooled. This can make it more difficult for parents to feed their children properly.

Dhanwa said governments should keep such social factors in mind when designing programs, rather than seeking one-size-fits-all solutions. 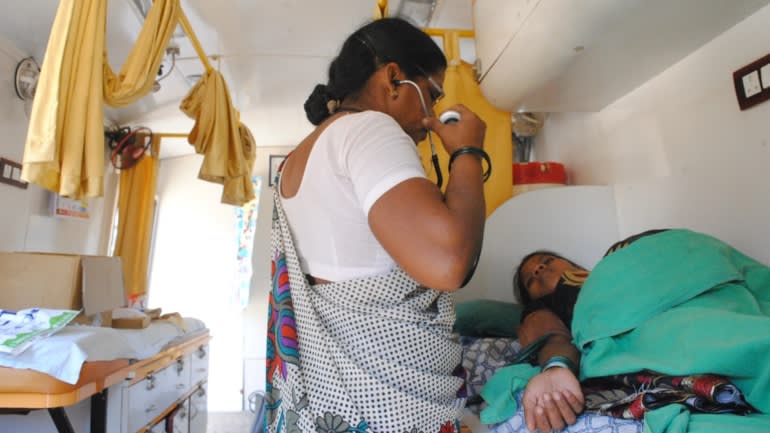 There are some hopeful signs. In India, the government last year launched a National Nutrition Mission with the aim of reducing the proportion of stunted children to 25% by 2022.

Some communities have already made significant progress. Dhanwa said villages in the Vikramgad area, just southwest of Mokhada, have been able to avoid acute cases of malnutrition in the past few years thanks to regular visits by mobile health care units every 15 days.

In the Philippines, President Rodrigo Duterte signed two related laws last year -- one mandating a nationwide feeding program for undernourished kids, and another ordering health and nutrition services for babies in the first 1,000 days after birth.

Capanzana said the two laws will help, but the government needs to act fast to meet its goal of reducing the stunting rate to 21.6% by 2022, when Duterte is to leave office. "If we don't act right now," he said, "we will fail."

Nutrition surveys have shown that less than one-fifth of Filipino infants up to 11 months are stunted, but the rate jumps once they turn a year old. This suggests there is a chance for a dramatic turnaround, but only if the government intervenes early, Capanzana said.

"It's common sense," he said. "You just need to feed them properly."