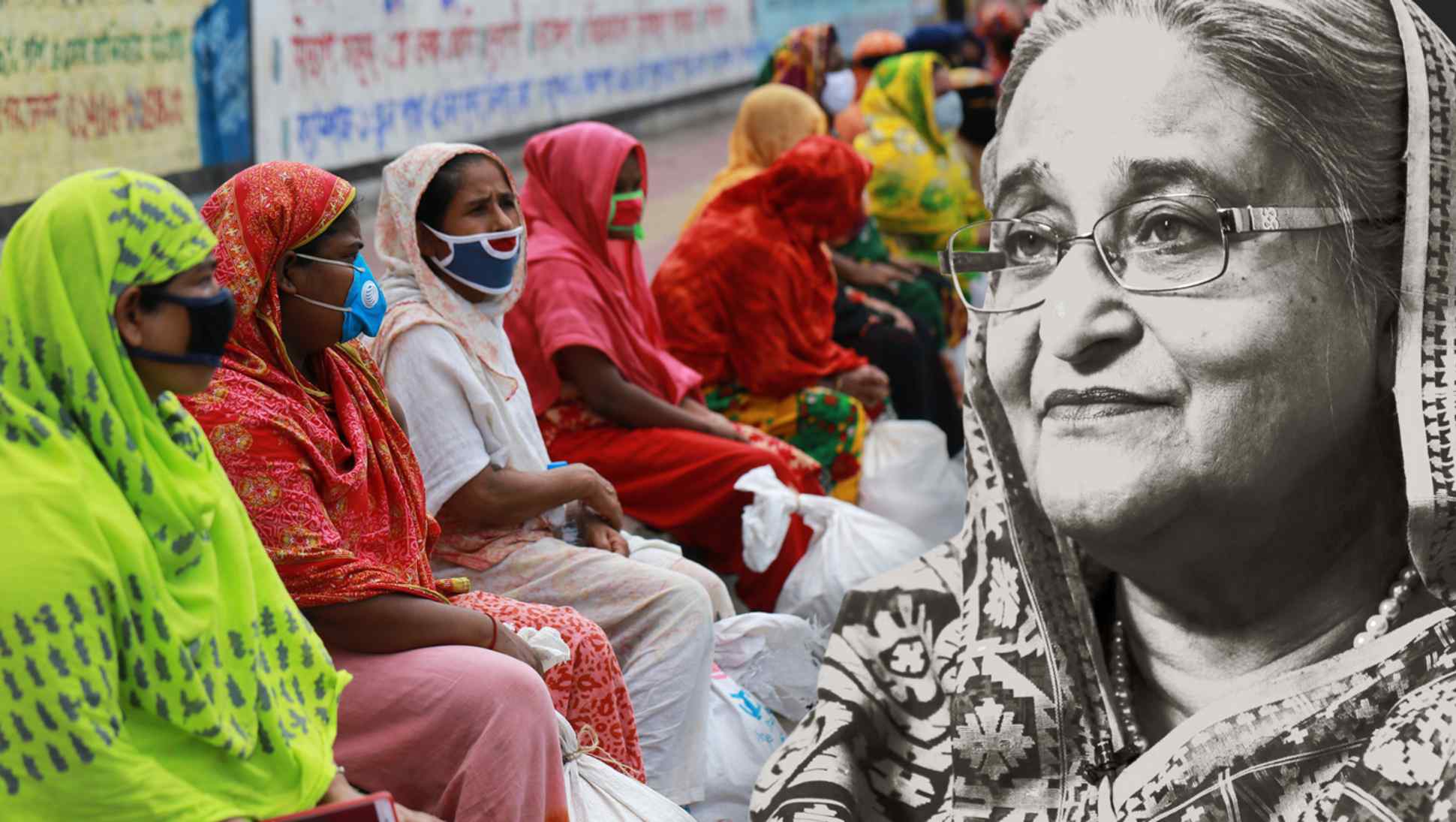 Despite stellar economic growth over the past decade, many Bangladeshis have no safety nets and economic survival outweighs COVID-19 concerns.    © Nikkei montage/Source photos by Getty Images, Reuters
Asia Insight

Coronavirus risks pushing millions of Bangladeshis back into poverty

DHAKA/TOKYO -- Shahidul Islam, a poor farmer in Bangladesh's western district of Natore, called a hotline last month for a food handout. The request went down very badly when a senior local official -- who also belongs to the ruling Awami League -- took it as a personal smear. His response was to assault the peasant -- a by no means isolated incident.

Bangladesh has not escaped the economically disruptive COVID-19 pandemic that has upended health care systems around the world and claimed over 280,000 lives. The South Asian country has had nearly 15,691 confirmed cases and 239 known deaths since the first case was reported there on Mar. 8.