From Singapore to Taiwan to Australia, plans promise relief for shattered industry

SINGAPORE -- Zulkarnain Muhamed resides in Johor Bahru but works across the border in Singapore. The ship husbandry supervisor's daily commute is a familiar one for thousands of Malaysians, who take advantage of Singapore's higher wages and the southern Malaysian city's lower cost of living.

But the coronavirus pandemic has upended his life. Since Malaysia closed its borders amid a nationwide lockdown in mid-March, Zulkarnain has been living out of a Singapore hotel. He cannot see his young family, and his monthly living expenses have increased by about 6,000 ringgit ($1,380). A petition calling on Malaysia's government to work with Singapore on a solution that would allow daily crossings now has over 25,000 signatories.

Zulkarnain's plight is a microcosm of the havoc border closures have wreaked across Asia and the world. But for countries, companies, commuters and anyone with a chronic case of wanderlust, there are glimmers of hope.

Even as Asian governments warn that the pandemic is far from over, many are beginning to explore the idea of "travel bubbles" that would allow citizens to cross borders with minimal or no quarantine periods. This cannot happen soon enough for the travel and tourism sectors, which employ 57.5 million people in the 21 economies that make up the Asia Pacific Economic Cooperation forum.

Meanwhile, international tourist arrivals could fall as much as 78% globally this year, according to a United Nations forecast.

The potential permutations of travel bubbles are dizzying. An early example is the corridor set up on May 1 between China and South Korea, which requires executives to undergo a short quarantine and at least one negative coronavirus test in each country. Samsung Vice Chairman Lee Jae-yong recently used the procedure to visit a Chinese factory and the two governments are negotiating an expansion of the program.

In early June, an advisory group will present Australia and New Zealand with a plan for quarantine-free travel between the two countries. Singapore is in discussions with both of them, as well as countries as disparate as Canada and South Korea. Last week, the city-state announced an agreement with China comparable to the travel procedure that Beijing set up with Seoul, paving the way for a "fast lane" to open in early June.

"We have to keep ourselves connected to this world -- our survival depends on this," Gabriel Lim, Singapore's permanent secretary for trade and industry, told the Nikkei Asian Review. A Pearl River Delta travel bubble that would include Hong Kong, Macao and some mainland Chinese cities has also been floated in recent weeks. Tourism officials in Vietnam have said they hope for some international travel to resume later in summer; it is one of a handful of countries launching talks with Japan.

"Our members see the value of getting their economies back on track," said Rebecca Fatima Sta Maria, executive director of APEC's secretariat, which recently organized a meeting that featured a presentation on travel bubbles. "It won't be business as usual but no one is saying they don't want to open up."

The medical prerequisites for the bubbles are still being debated, but partner destinations will likely have similar testing and disease surveillance infrastructure. Agreements that could ensure travelers who catch COVID-19 get reciprocal access to medical care while abroad are also being discussed, officials say.

Another key player in the coming new era of travel could be Taiwan.

Though the island has been lauded for its coronavirus response, travel industry conditions there are as grim as anywhere. Six publicly listed travel agencies recently reported that their April revenue had plunged by 95% year on year. The Mandarin Oriental Taipei hotel announced that it would temporarily stop taking room reservations, effective Monday, and lay off around 200 workers.

But Taiwan is developing a trial program with Stanford University that will see 500 passengers tested in San Francisco before being allowed to fly to Taipei in June. These volunteers also will be repeatedly tested during a 14-day quarantine upon arrival.

The aim is to discover the minimum number of days a person who has already tested negative needs to be isolated, since an initial test might not detect an infection in its early stages, explained Jason Wang, the Stanford medical professor leading the trial. A flight board at Taoyuan International Airport in Taiwan lights up with cancellations in March. As the coronavirus swept the world, travel screeched to a halt.   © Reuters

"There's no added value making people stay in quarantine longer than needed," said Wang, whose hypothesis is that an early-stage infection can be picked up within five days of an initial test. After accounting for processing and travel time, this means passengers flying between the U.S. West Coast and Taiwan would need to be quarantined for just 72 hours.

Some Asian countries are prioritizing business travelers in their negotiations. China and Singapore have stressed the importance of making travel available for high-level executives and essential technicians. APEC is also exploring how its Business Travel Card, which facilitates easier entry to participating economies, might incorporate health protocols, Sta Maria said.

Japan, too, is weighing its options for reopening, likely starting with business travelers and researchers. Taiwan has come up as a potential partner. And this week brought word that Tokyo is entering into discussions with Vietnam, Thailand, Australia and New Zealand.

It is still an open question when many of the bubbles might come to fruition. But the success of Australia and New Zealand in managing community transmission even as their lockdown measures have been eased has raised hopes that an Oceania bubble could be implemented in the next two months.

"I would have said the worst case scenario would be August or September, and I'm hoping it'll be earlier than that," said Margy Osmond, co-chair of the Trans-Tasman Border Group that is advising Canberra and Wellington. New Zealand Deputy Prime Minister Winston Peters, whose party is a junior member of the current coalition government, has said that a trans-Tasman bubble should be put in place immediately. 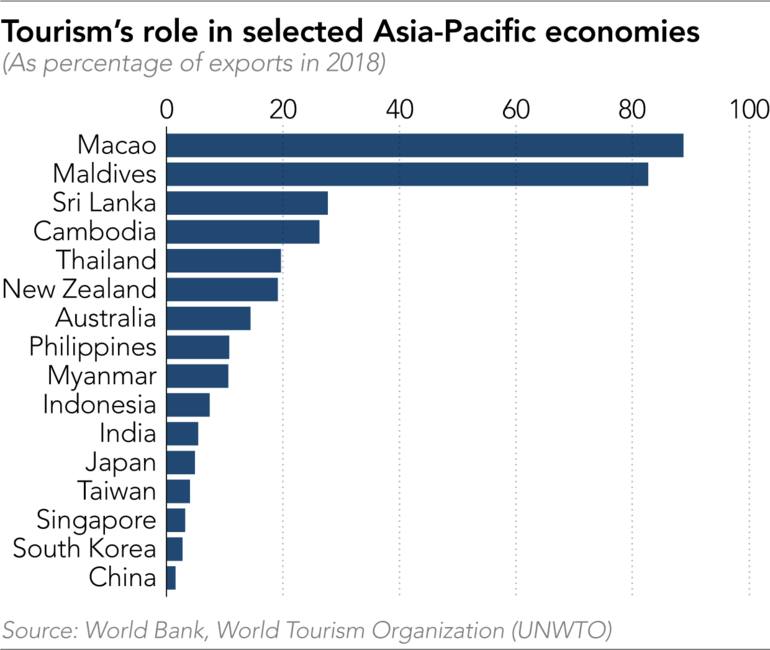 The push for rapid relaxation of border closures is not universally shared, however. Canberra's three-stage reopening plan calls for cross-Tasman travel to only be considered in late July. The state government of Queensland, which is home to the popular Gold Coast resort strip, has so far refused to open its borders even for domestic tourism.

"We're in [the southern hemisphere] winter and getting through it will be an important point," said Meru Sheel, an infectious diseases epidemiologist at the Australian National University. "Respiratory diseases tend to spread a bit more easily in cooler weather and we need to be sure winter won't have an impact on cases."

One Japanese airline executive, who preferred to remain anonymous, said bubbles would help to revive demand but also expressed concern about putting the country at risk of new waves of infections. "Japan cannot control the partner country's decision to make a similar agreement with another country," he noted. "What if that [third] country has a high infection rate?"

For now, he said that resuming more domestic flights is the priority, as they account for the biggest segment of his carrier's sales. 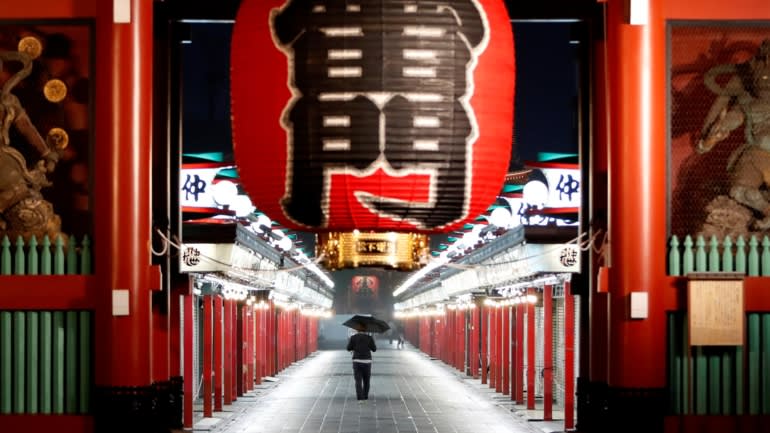 Masato Takamatsu, an independent consultant specializing in crisis management in tourism, called travel bubbles a "very realistic" option for reopening borders, "especially for those who cannot survive without inbound visitors like New Zealand." But he stressed that both sides of any arrangement would need proactive testing and information sharing to give each other confidence.

"This is still quite challenging for Japan," he said.

While groups of Asian countries have been comparing notes on what travel setups might look like, initial agreements are likely to be bilateral rather than regional. "Immigration is generally a sovereign issue and while over time, some arrangements may anchor a broader opening within a certain region, that's further down the line," Singapore's Lim said.

Disputes triggered by the pandemic also mean that some preexisting travel links are unlikely to be quickly reestablished. Relations between Canberra and Beijing are particularly frosty after the Australian government pushed for an independent international probe into the origins of the pandemic. China was Australia's largest inbound market for arrivals in 2019, government data show, but Beijing has previously used group travel bans to discourage its citizens from visiting certain countries at moments of political tension.

Australia was not on a list of countries that Chinese state media recently said would be allowed to apply for "green channel" chartered flights.

"All travel bubbles are political. If it's based purely on the science, Taiwan should be the first to have been approached by the mainland," said Steve Tsang, director of the China Institute at the School of Oriental and African Studies in London. "Taiwan's success with COVID-19 is often used to contrast with how badly China managed the earlier stages, which means the Communist Party is hesitant to give it more credence."

Taiwanese health officials have been particularly critical of the veracity of Chinese health data, and Taipei is keen to keep its enviable record of over a month of no locally transmitted cases going. "People are going outside and the baseball season is ongoing," said Stanford's Wang. "That's because there are no local cases at the moment."

Still, he said, "You can't limit travel forever and have to slowly open up."

Any resumption of passenger flights within a bubble is likely to prove a boon not only for tourism but also trade, as it would lead to an increase in cheaper cargo capacity as well.

While they restricted cross-border movement of people, many export-reliant Asian economies tried to maintain the free flow of goods even at the peak of the pandemic. But "the basis upon which goods are flown from place to place is very much anchored by passenger travel," Lim said. "We've seen the cost of airfreight increase ... as air networks drop. It's had an impact."