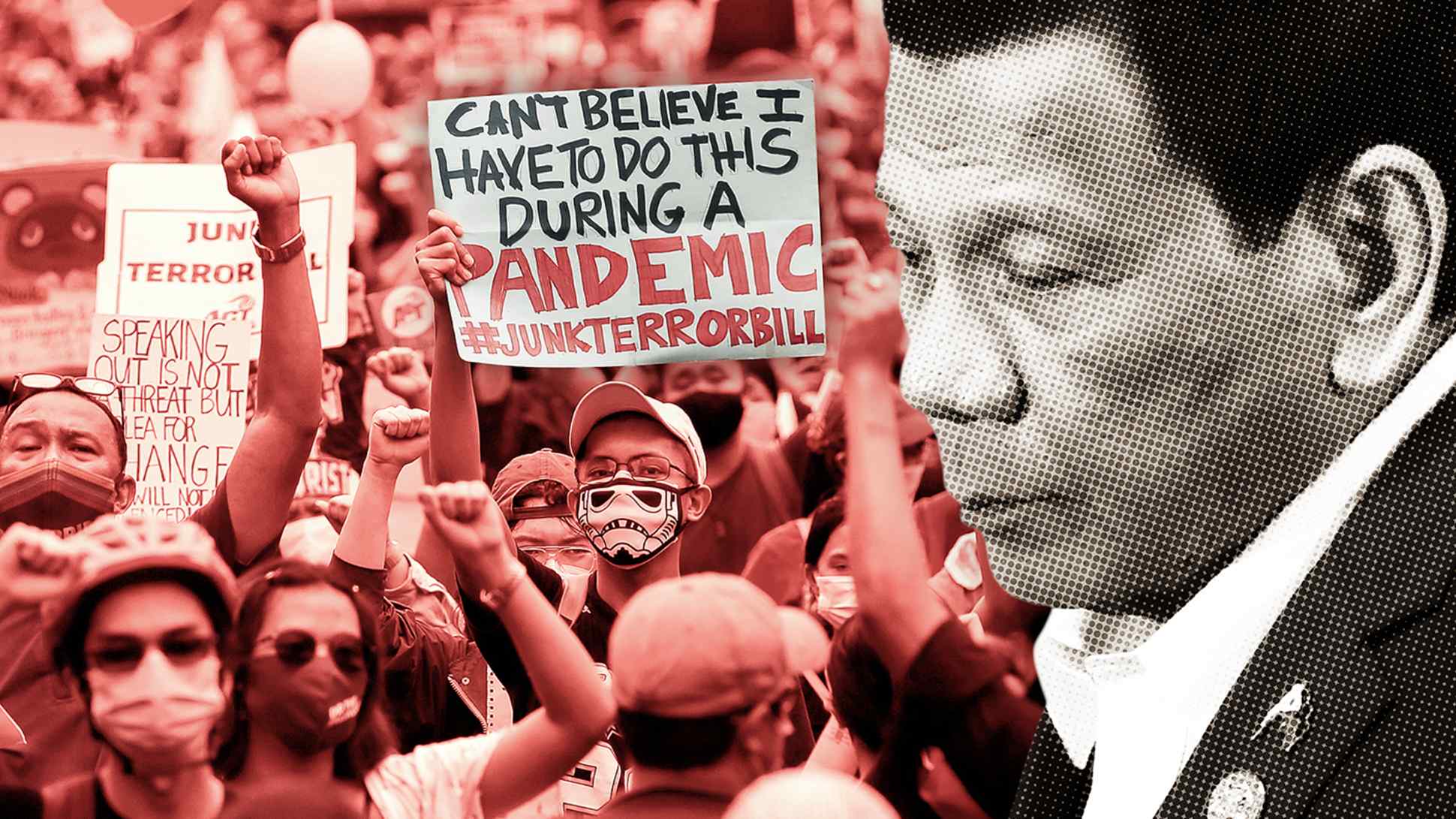 A pandemic-induced economic downturn threatens to become a bigger issue for Philippine President Rodrigo Duterte than his campaign against crime and drugs. © Nikkei montage/Source photos by Reuters
Asia Insight

MANILA -- The notorious Baseco Compound in the port district of Manila has been a hot spot in President Rodrigo Duterte's drug war. Some suspects are lucky and get arrested. Those less so end up dead, killed in police raids or by unknown gunmen.

But one weekend in early July, the streets and alleys of the dense slum of 60,000 people were transformed into what seemed a peaceful ghost town after the Manila city government imposed a two-day "hard lockdown."