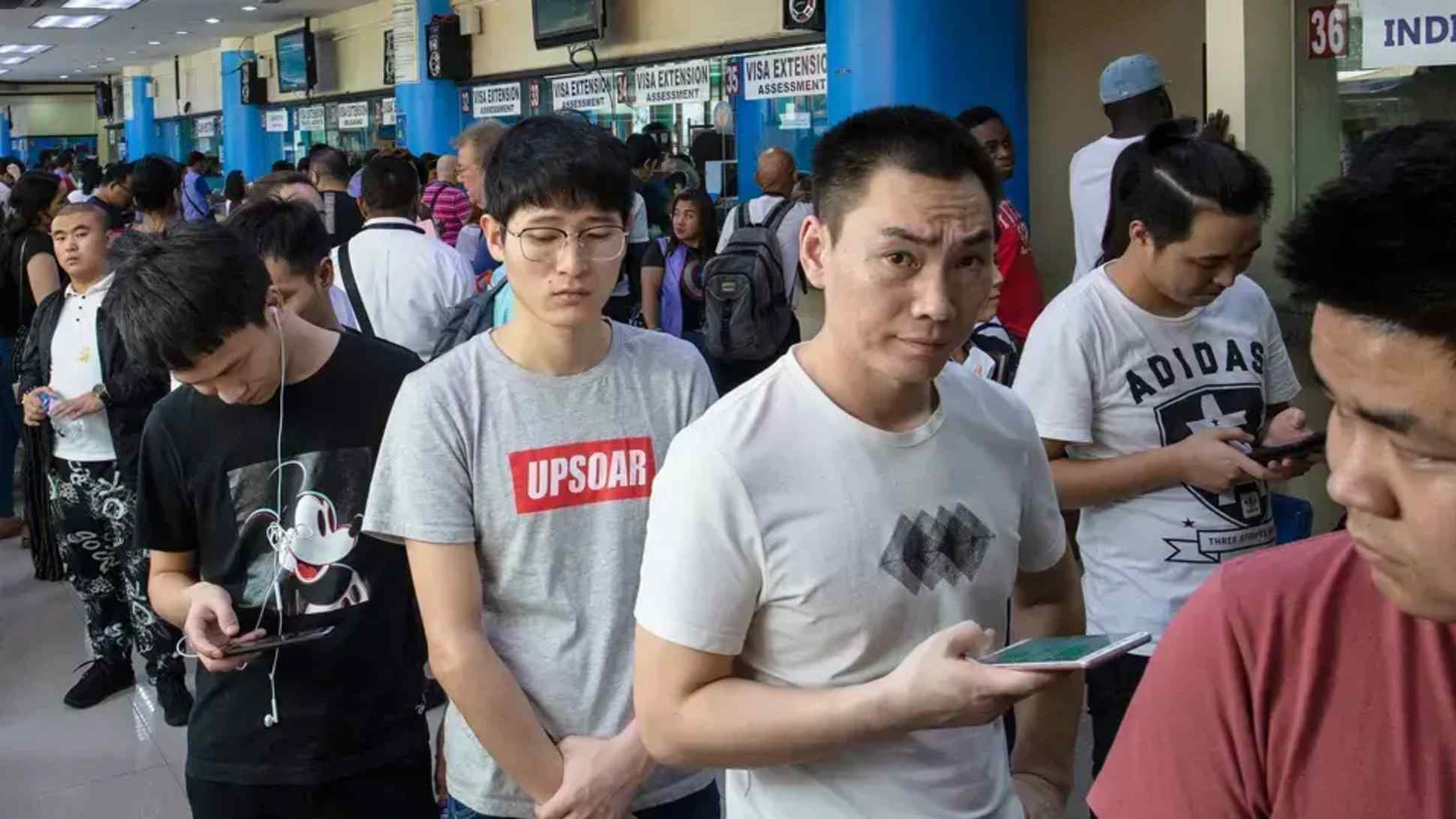 From 2016 to 2018, around 335,800 working visas and special work permits were issued to Chinese, representing over half the total number of permits issued to foreigners. (Photo by Kimberly dela Cruz)
Asia Insight

Duterte under the gun over Chinese influx into Philippines

MANILA -- The lobby of the Bureau of Immigration headquarters in Manila was bursting with scores of young Chinese seeking visas to work in the Philippines. Dozens more were being held in a cordoned-off area on the second floor.

The detainees -- mostly from mainland China -- were among 276 suspected of working illegally in the online gambling industry at a site near the Makati business district. They were arrested last month in one of the biggest raids in the Philippine capital, and were facing deportation.