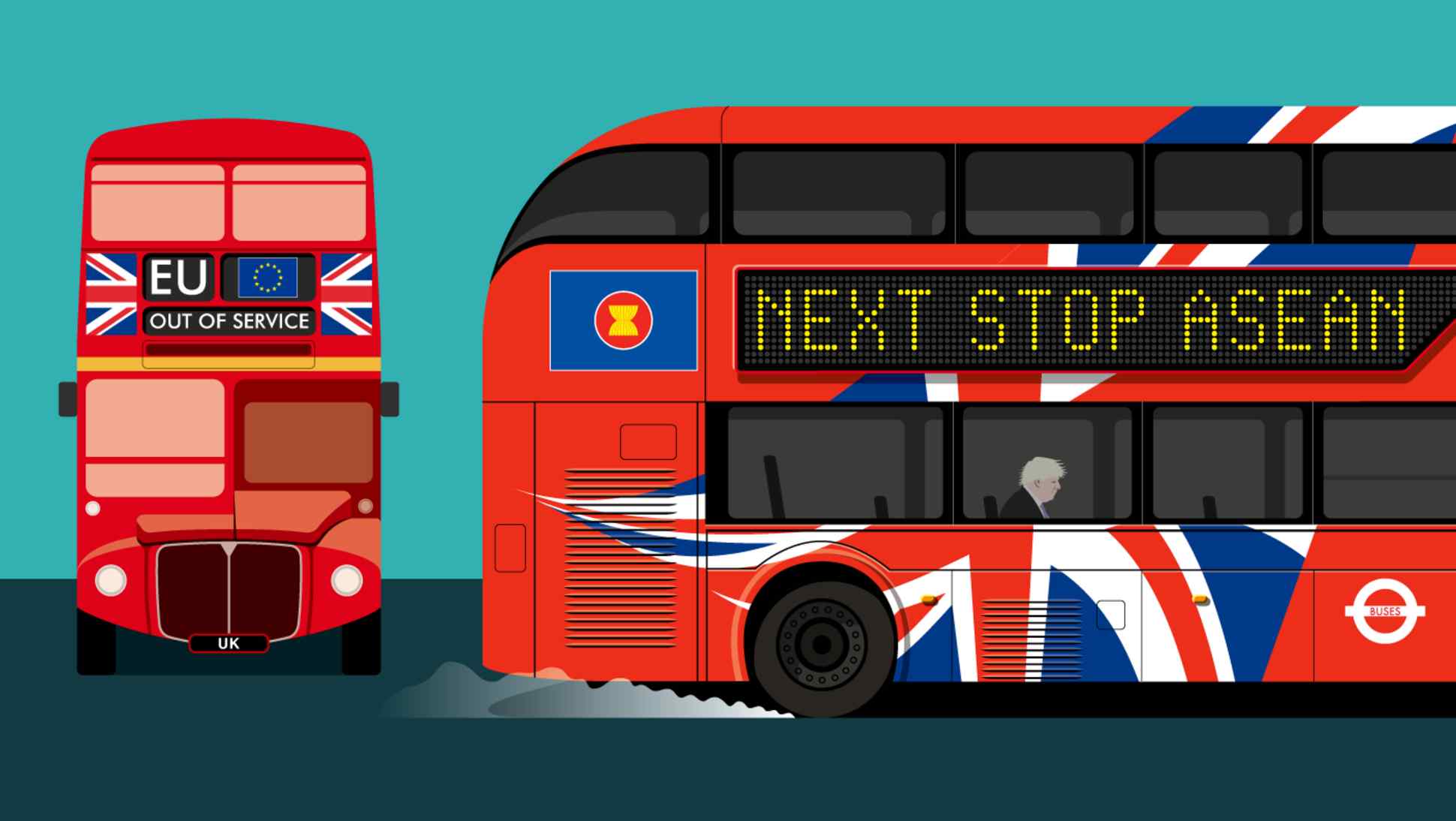 After nearly half a century as part of the European Union or its precursor, the European Economic Community, the U.K. fully exited the EU at the end of last year to once again seek independent engagement with the world.   © Illustration by Michael Tsang
Asia Insight

JAKARTA/LONDON -- In his memoirs, Singapore's late-founding father Lee Kuan Yew reminisced about attending a 1962 Commonwealth meeting between the British prime minister and leaders of the Dominions to discuss the U.K.'s application to join the European Economic Community, now the European Union.

Prime Minister Harold Macmillan was clear that his country saw its future in Europe as opposed to remaining close to its former colonies, including those in Southeast Asia. "Wealth was created best in large continents, like America and Europe, where good communications facilitated trade and other exchanges," Lee wrote. "An overseas empire like the one Britain had built was no longer the way to wealth."