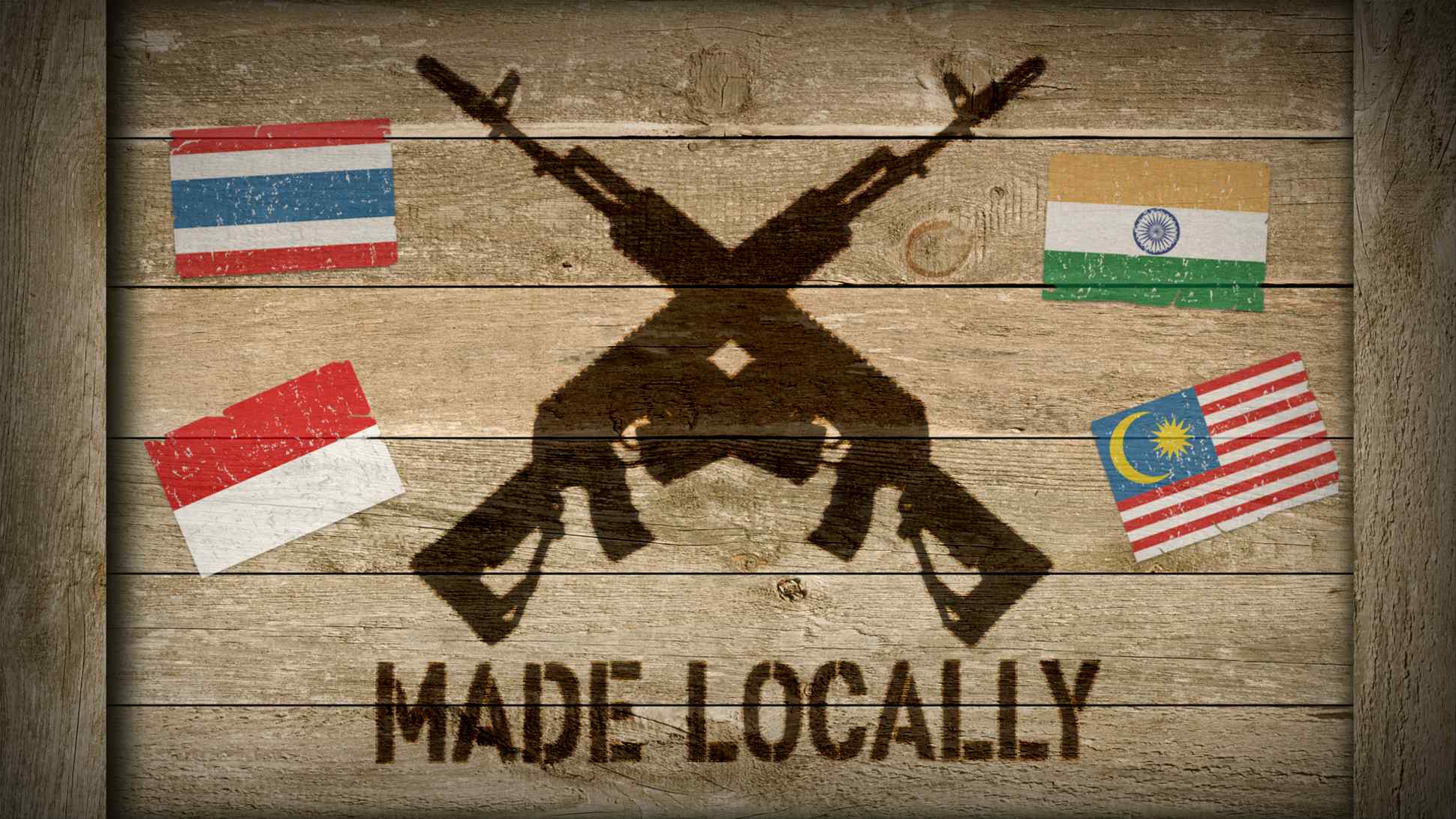 Asian arms importers are leveraging their contracts to soak up technology and build up their own defense industries. (© Nikkei photo illustration)
Asia Insight

In Vladivostok on Sept. 5, India and Russia concluded lengthy negotiations on local Indian production of spare components. Though few details have been released, a source familiar with the talks said fighter jets like the MiG-27 and MiG-29 are likely the focus.