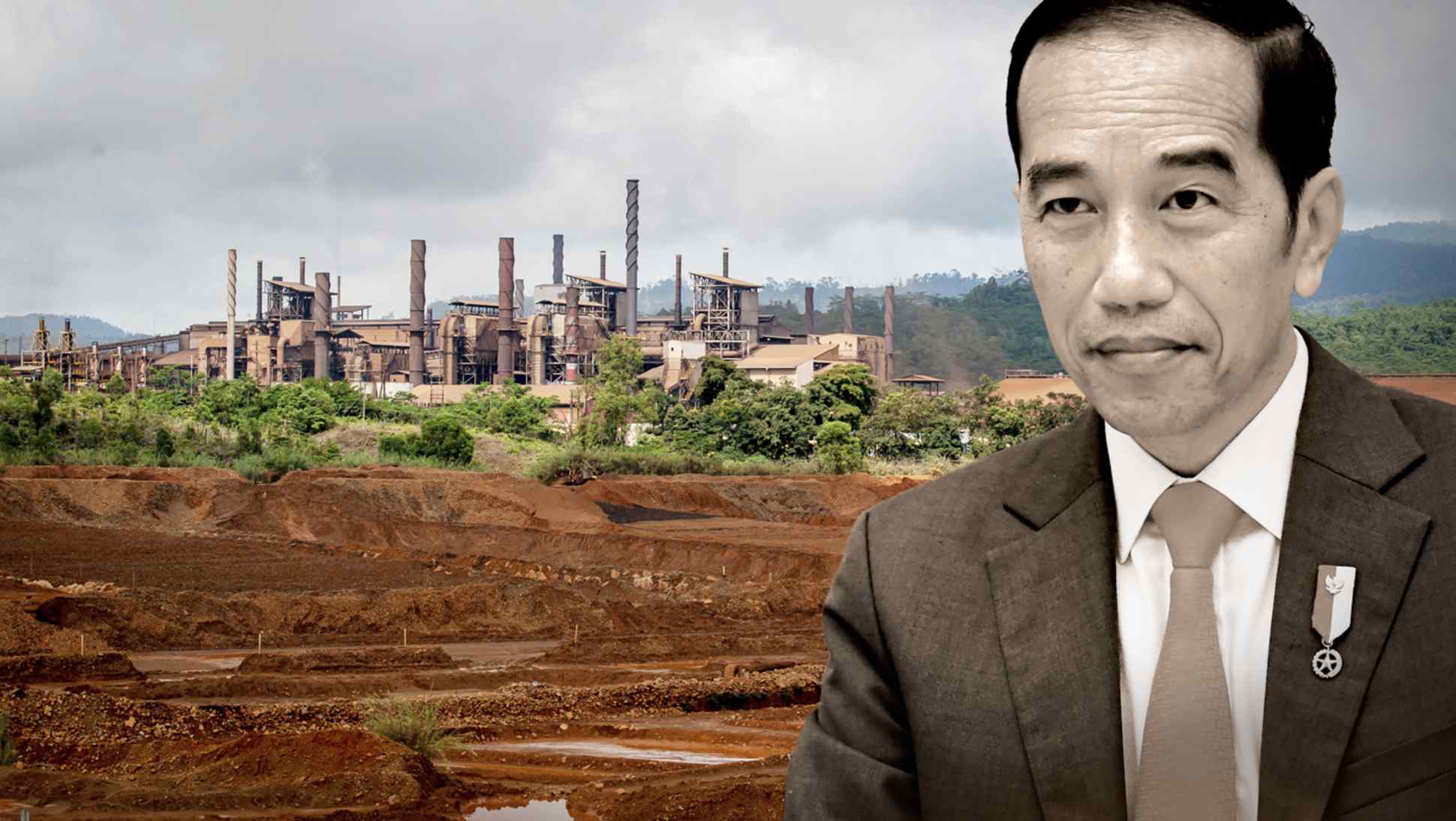 Joko Widodo is confident investments will flow into Indonesia if "we stop [exports of] bauxite, we stop copper, we stop tin, we stop gold, everything stops, stops, stops."   © Nikkei montage/Source photos by AP and Getty Images
Asia Insight

JAKARTA -- Indonesia is set to essentially ban exports of unprocessed minerals -- including tin, bauxite, gold and copper, crucial materials for global industries -- in the middle of 2023. Should the policy take force, its impact will be immeasurable: Some of the minerals are critical to electric vehicles, advanced semiconductors and other leading industries of the 21st century.

Indonesia rocked the world in January when it suddenly announced a monthlong ban on thermal coal exports. But the consequences from that stoppage will look infinitesimal compared to those caused by the mineral embargoes, which are to be permanent.