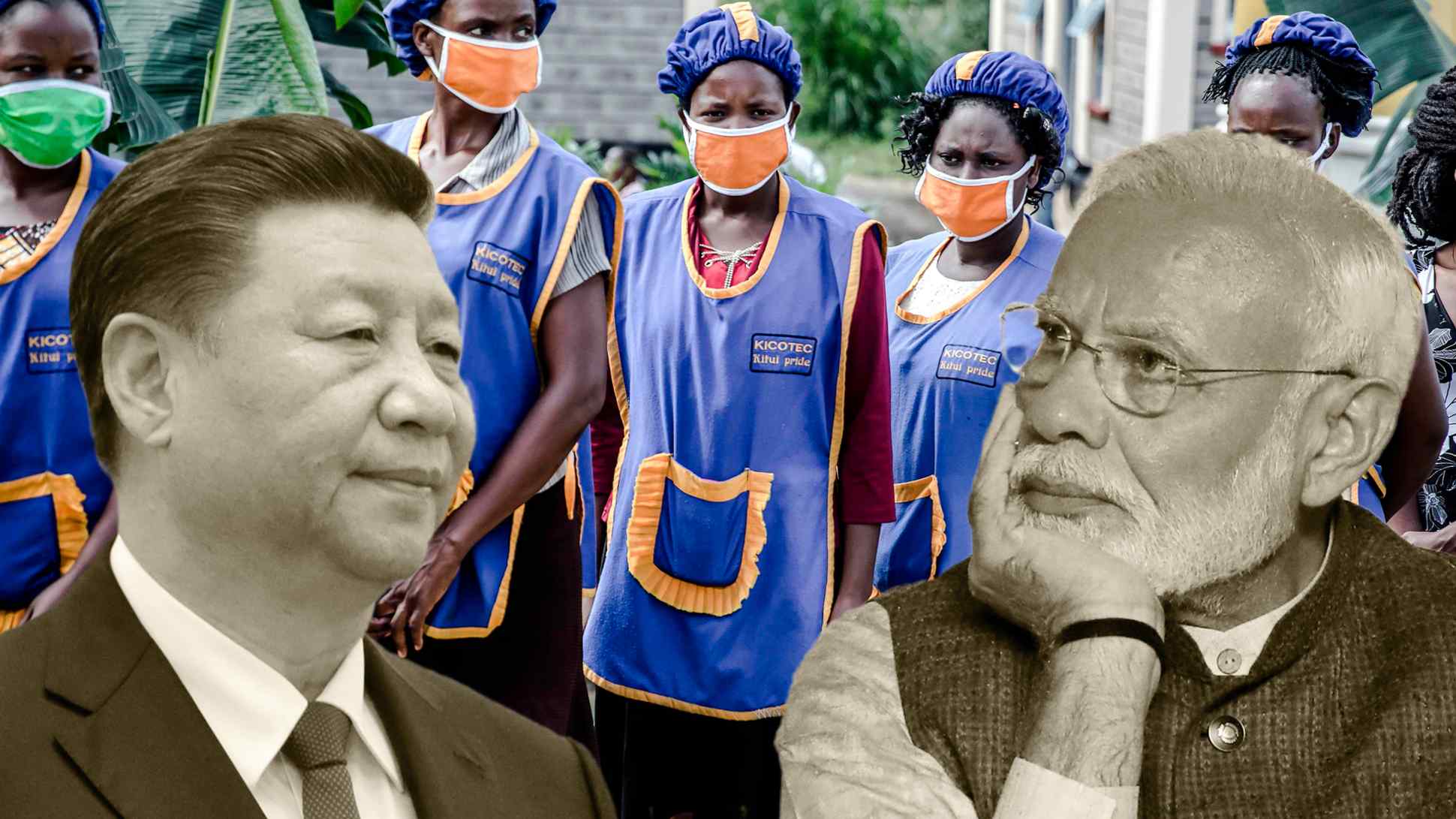 India wants to challenge China as a provider of humanitarian assistance in Africa just as it fights its own battle against the coronavirus outbreak at home. (© Nikkei montage/Reuters/AFP/Jiji)
Asia Insight

Into Africa: India vies with China for post-pandemic clout

NEW DELHI -- India and China appear to have found a new arena in which to compete for global power and influence: Humanitarian aid for Africa.

The Indian navy on Mar. 12 deployed a warship to deliver 600 tonnes of rice -- its largest humanitarian assistance -- to flood-hit Madagascar. This followed a January relief operation by the navy that provided medical aid and sent a health team to the affected area. Such support made India the first country to respond to the disaster on the island nation off Africa's east coast in the Indian Ocean. Madagascar's foreign minister "described India as a true friend who is always there during the time of need," the Indian navy proudly said in a statement.