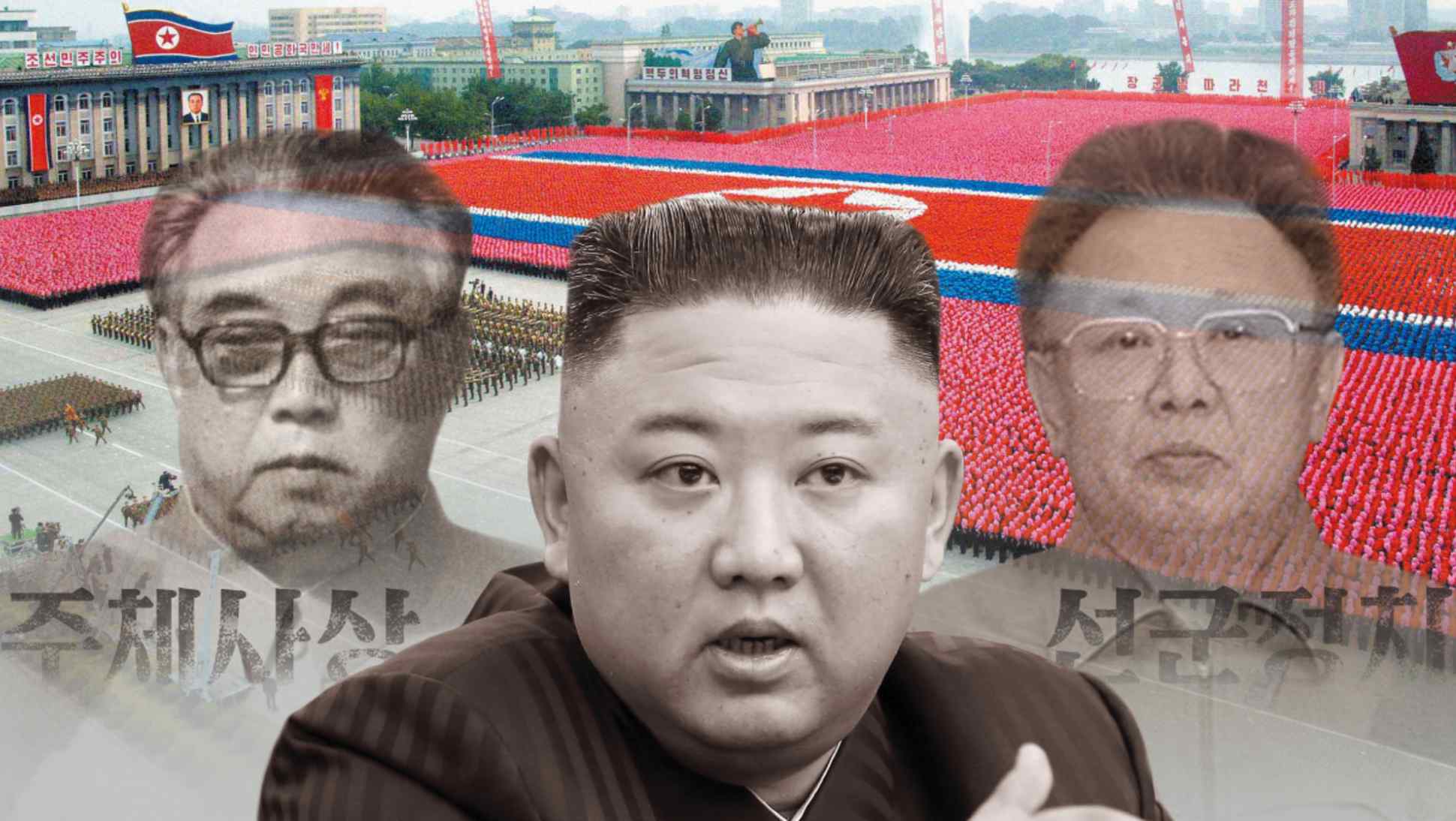 "Just like Kim Il Sung had 'juche' and Kim Jong Il had 'songun,' Kim Jong Un too is trying to create his own thought form, by combining these two ideologies and naming it after himself."   © Nikkei montage/Source photos by Reuters and Getty Images
Asia Insight

SEOUL -- For most of the decadelong reign of North Korean leader Kim Jong Un, large portraits of his father and grandfather provided the backdrop to Workers' Party meetings in Pyongyang.

But in 2021, the late Kim Jong Il and North Korea founder Kim Il Sung were conspicuously missing from photographs of meetings provided by state media. It might be that Kim Jong Un, who was less than 30 years old when he took command following his father's death, felt somewhat overshadowed by his long-deified predecessors.