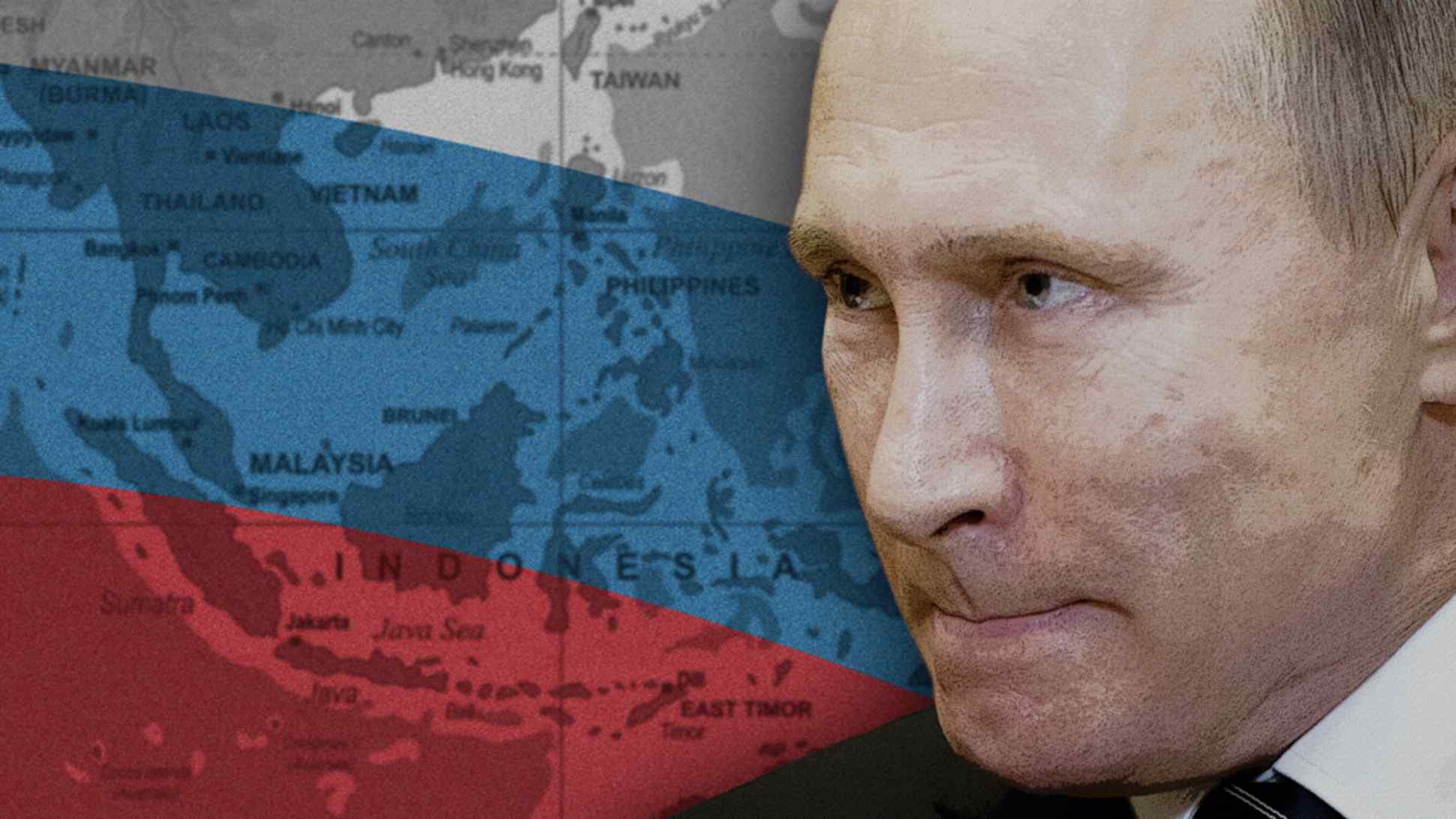 The government of Prime Minister Hun Sen, threatened by the growing popularity of the opposition Cambodia National Rescue Party, compelled the party to dismantle itself last November on the grounds that its president, Kem Sokha, was suspected of treason. The U.S., European Union and others condemned the move, withdrew support for the upcoming election and called for sanctions.

Russia seems quite happy to fill the void. Just four days before Cambodia's Supreme Court officially ordered the dissolution of the CNRP, Hun Sen was in Manila, smiling and shaking hands with Russian Prime Minister Dmitry Medvedev at an East Asian summit. Medvedev reportedly told Hun Sen that Russia would dispatch election monitors to Cambodia and extend its full support for the process.

It is easy to imagine how this will play out. Russian observers routinely endorse elections deemed undemocratic by monitors sent by the Organization for Security and Co-operation in Europe, or OSCE. The main Russian nongovernmental organization that observes elections -- the Commonwealth of Independent States-Election Monitoring Organization, or CIS-EMO, is widely considered to be under the Kremlin's thumb. In Cambodia, the Russian team is likely to put its stamp of approval on the ruling party's seemingly inevitable victory in the July vote. 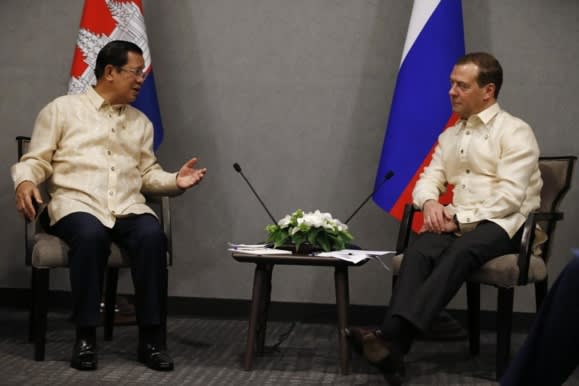 With backing from the likes of Russia and China, Hun Sen sees little need to bow to Western pressure. "If the U.S. intends to halt its financial assistance to us, let it do so," the prime minister stressed in a speech to workers at a Phnom Penh sewing plant in November.

Earlier, in September, the Phnom Penh Post newspaper quoted Foreign Minister Prak Sokhonn as saying, "We have noticed that the West has become weak," suggesting Cambodia would be better served aligning itself with China and Russia.

Russia's trump card on Cambodia is debt left over from the Soviet days. Cambodia wants Russia to write off or reduce the $1.5 billion it owed the Soviet Union, and for years Moscow was unwilling to bend. Now it has softened its stance.

In November, Medvedev expressed a willingness to hold talks on the matter, proposing to set up a working group, sources said. It is unclear what Russia might demand in return for a compromise, but analysts posited that it may seek the right to have its Pacific Fleet use Cambodian ports.

All of this is part of an increasingly familiar pattern for the government of Russian President Vladimir Putin: strengthening ties with authoritarian regimes to push back against the West, particularly the U.S.

As a superpower, the Soviet Union maintained strong ties with communist countries such as Vietnam, wielding enormous influence in Southeast Asia. Those bonds weakened after the Soviet bloc broke up and Russia's global influence waned. But Putin has restored some of Russia's international power, and is focusing on Southeast Asia anew.

Putin seems to find kindred spirits in so-called illiberal democracies -- countries that retain the ostensible framework of democracy, but where elections are no more than a tool for legitimizing the existing government. The media and nongovernmental organizations exist, but they are tightly controlled. This is essentially the system Putin has created in Russia, and it is a model Hun Sen appears to be following.

Other Southeast Asian countries present similar opportunities for Russia -- and China -- to gain clout. Malaysia and Thailand both have the right conditions: weakening Western influence, governments displaying strong-arm tendencies and elections slated for this year. There are hints of Russian meddling in Malaysia, where the election is scheduled by August. Last month, the Russian deputy minister of telecom and mass communications, Alexey Volin, visited Kuala Lumpur to discuss cooperation between Sputnik, a Russian government-backed media company, and Malaysian player Bernama. The two companies agreed to exchange articles and work together in other ways, according to sources.

Sputnik is known for anti-Western reporting that the U.S. and Europe often blast as "fake news." The FBI is examining the possibility that the Russian government's involvement in journalism violates U.S. laws.

Nevertheless, the editor-in-chief of Bernama, Zakaria Abd Wehab, lauded the tie-up as a way to provide a wider variety of news to the Malaysian audience, while delivering Malaysian news to Russia and beyond.

There is no denying that Southeast Asia is a promising market -- one that Russia is keen to tap as a way of avoiding economic overdependence on China. Hit with Western sanctions over the Ukraine crisis in 2014, Russia has stepped up cooperation with its regional rival, but it wants to spread its chips around.

On the subject of an Asia-Pacific free trade area, Putin wrote in a November Op-Ed: "We believe this is in our practical interest and represents an opportunity to strengthen our positions in the region's rapidly growing markets. Indeed, over the past five years, the share of APEC countries in Russia's foreign trade has increased from 23% to 31%, and from 17% to 24% in exports. We have no intention of stopping there."

With exports to China plateauing, one urgent priority is to develop new markets for weapons. According to the Stockholm International Peace Research Institute, six key ASEAN members -- Indonesia, Malaysia, the Philippines, Thailand, Vietnam and Singapore -- spent a total of about $37 billion on arms in 2016, up 30% from 2010. At an aviation trade fair in a Moscow suburb last July, Russia clinched a deal to upgrade the Malaysian Air Force's Russian-made fighters. "The agreement confirms the extension of our contractual obligations for the Malaysian Air Forces on the operation of MiG-29 fighter jets," said Ilya Tarasenko, MiG director general of Russian Aircraft Corp.

Malaysia bought the MiGs in 1994 and was thinking about replacing them with a French jet, the Rafale. Former French President Francois Hollande had pitched the fighter directly to Malaysian Prime Minister Najib Razak, stressing its performance. But Russia made the case that upgrading the MiGs would not only cost less, but would also transfer technology to Malaysia, according to sources familiar with the talks. Indonesia, too, last year inked a $1.5 billion contract to buy another Russian fighter, the Sukhoi Su-35. 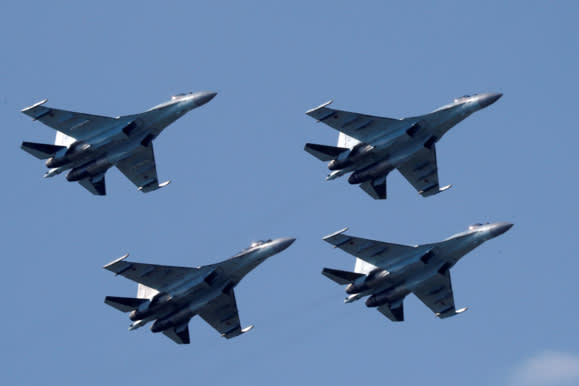 Deals with Western countries are often linked, at least on the surface, to human rights, but Russia attaches no such strings. And like Moscow itself, many Southeast Asian governments are wary of China's growing influence and want to strike more of a balance between the big powers.

This brings us back to Cambodia, the No. 1 destination for Chinese direct investment. On Jan. 11, Cambodia and China signed nearly 20 deals, worth several billion dollars, to further develop the Southeast Asian country's infrastructure and agriculture. The agreements and memorandums were concluded during a meeting between Hun Sen and Chinese Premier Li Keqiang; the projects include a more than 200km expressway linking Phnom Penh with the resort city of Sihanoukville, which is home to many Chinese-run hotels and casinos, along with a new Phnom Penh International Airport.

Cambodians have mixed feelings about China holding sway over their economy. Chan Sok, a 51-year-old man in Phnom Penh, said he has noticed an increase in Chinese businesspeople and tourists in the capital. While this creates jobs for Cambodians, he said he is worried about increased competition.

The U.S., for its part, is worried about both Chinese and Russian advances in Southeast Asia. Foreign policy watchers say there is an urgency in Washington to improve relations with Thailand, a longtime ally, even if it means putting aside concerns about human rights and democracy.

In September, China agreed to build a weapons maintenance center in the northeastern Thai province of Khon Kaen by 2021. Bangkok is to shoulder 51% of the investment, with the rest coming from Beijing. There is a plan to set up a warehouse for spare parts for Chinese-made defense equipment in the adjacent province of Nakhon Ratchasima as well.

These facilities could give China an edge in arms sale negotiations.

In December, the U.S. reportedly proposed opening a similar facility. Theppong Tippayachan, Thailand's permanent secretary for defense, and David Helvey, the U.S. acting assistant secretary of defense for Asian and Pacific security affairs, attended the meeting at the Pentagon -- the first senior-level bilateral defense meeting since 2013, as the talks were suspended after Thailand's military coup. A statement released afterward said the two sides discussed defense cooperation. There have been other signs that U.S. President Donald Trump is warming to the Thai junta. In October, Thai Prime Minister Prayuth Chan-ocha -- the leader of the 2014 coup -- made his first visit to the White House. At the meeting with Trump, Prayuth pledged to hold a general election in November 2018. The two leaders also discussed trade opportunities, including defense hardware.

Prayuth's public statement on the election date pushed the EU to restore diplomatic contact as well. It is now "appropriate to pursue a gradual political re-engagement with Thailand," the bloc said in a statement. Thai Deputy Prime Minister Somkid Jatusripitak told the local media that he was "glad" and "thankful" for the EU's decision.

Stalled free trade talks are expected to resume after the Thai election. Relevant ministries have been ordered to prepare for negotiations with the EU, including on possible bilateral trade pacts with major member states.

Yet the West faces an uphill battle to regain lost ground in Southeast Asia. The fact remains that China and Russia do not foist demands for human rights and democracy on their partners, making them appealing benefactors for regional leaders intent on staying in power.