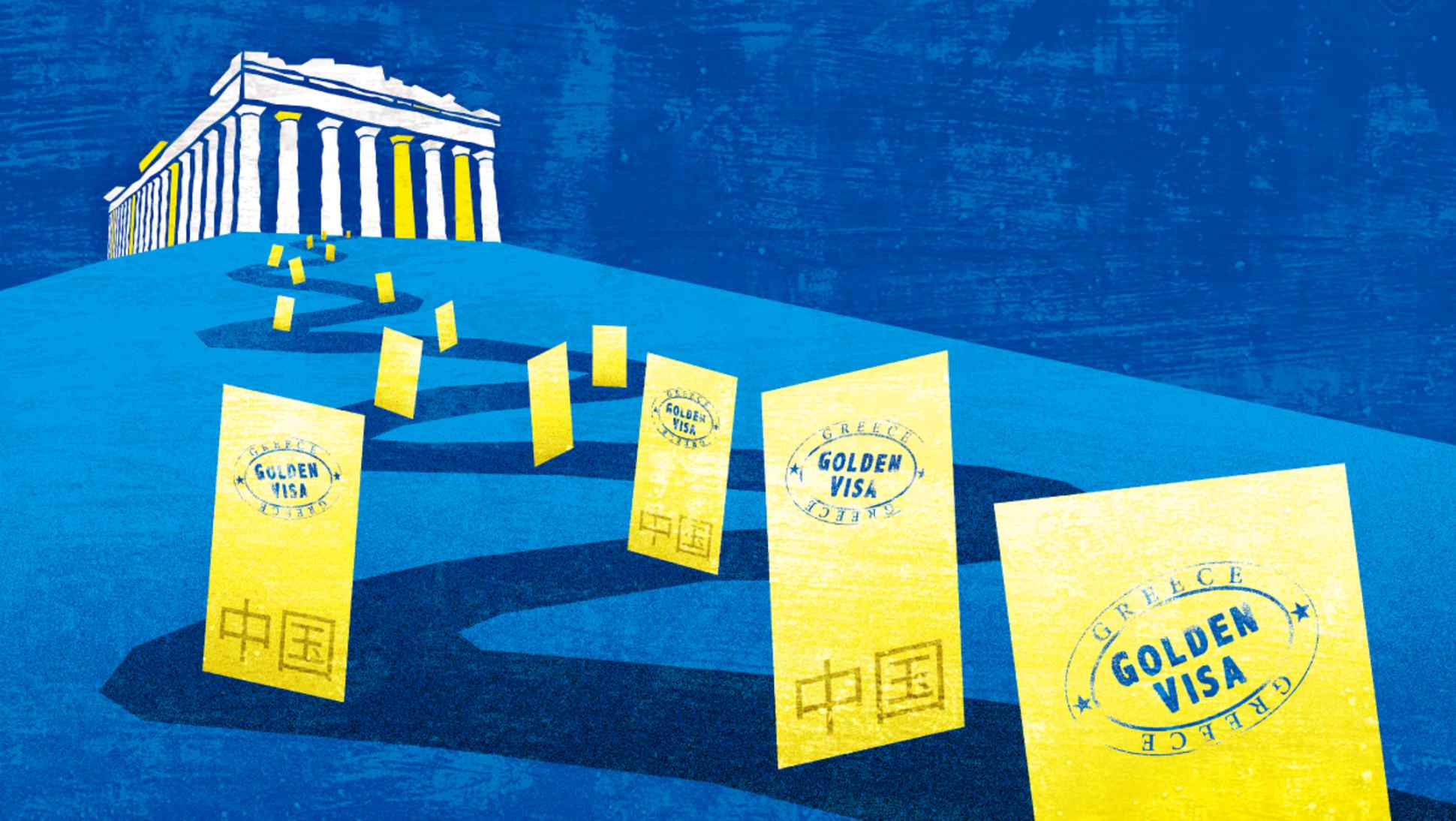 Chinese are taking advantage of a Golden Visa program in Greece that offers residency in return for property investment.   © Illustration by Michael Tsang
Asia Insight

ATHENS -- Zhao Cheng, who moved to Athens in 2018, doesn't need a GPS on his phone as he has come to know the streets of the ancient city like the back of his hand.

Zhao and his wife started talking about leaving China in 2017. Their initial plan was to buy property and move to Malta, since English is an official language there. But bureaucratic and personal reasons led them to their second option: Greece. And in 2018, the couple and their seven-year-old son moved into a new house in a middle-class suburb bought for 250,000 euros, or $290,000.