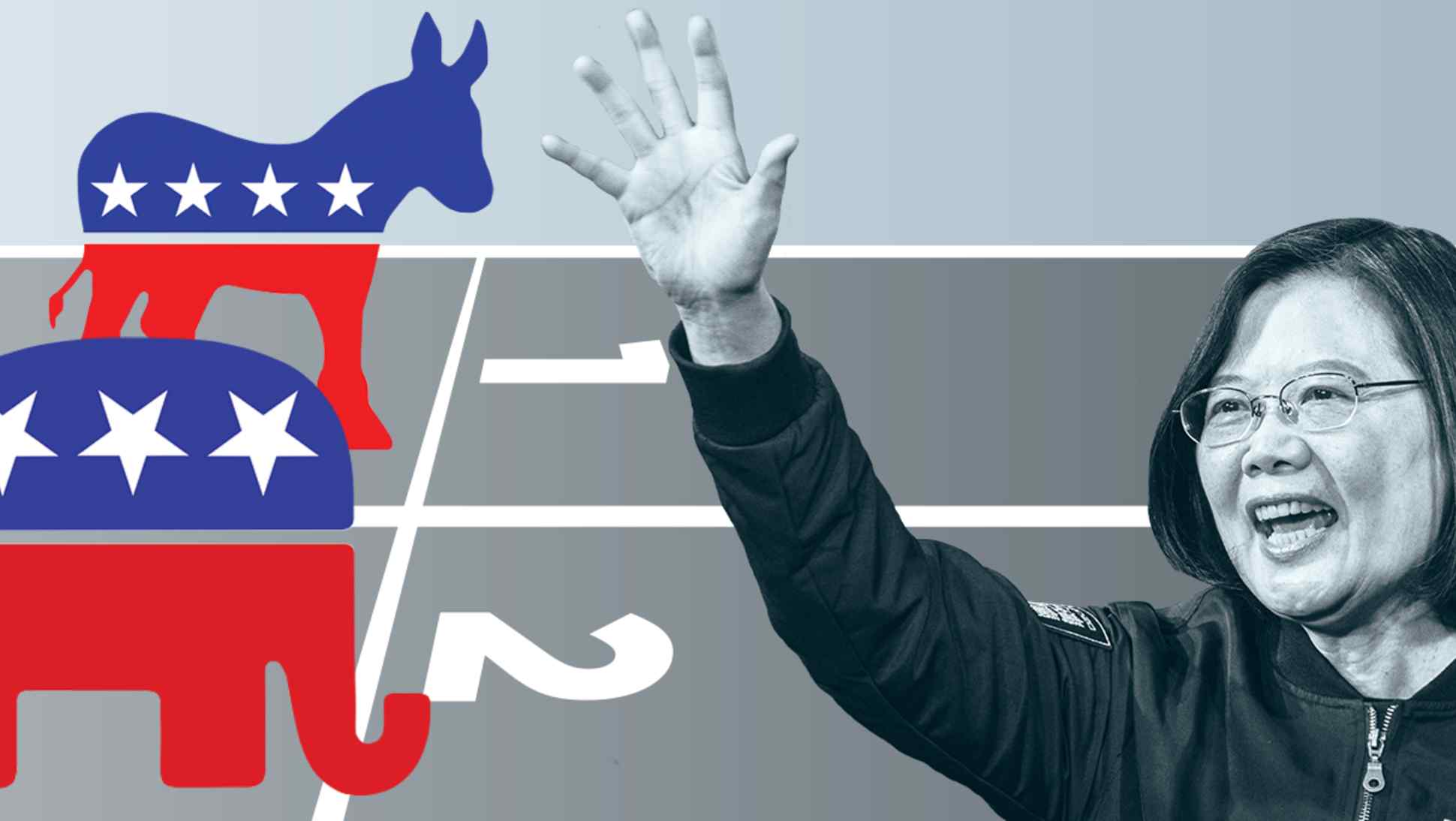 Washington and Taipei have drawn closer under presidents Donald Trump and Tsai Ing-wen, pictured. Taiwan is now bracing for the outcome of the election between Trump and Democratic rival Joe Biden in November. (Nikkei montage/Source photo by Getty Images)
Asia Insight

The moves last month highlight what Taiwanese officials hail as the strongest ties between the two governments in decades. That has given Taiwan the momentum to strengthen its fragile geopolitical position and stand up to China's aggressive moves to further isolate it.