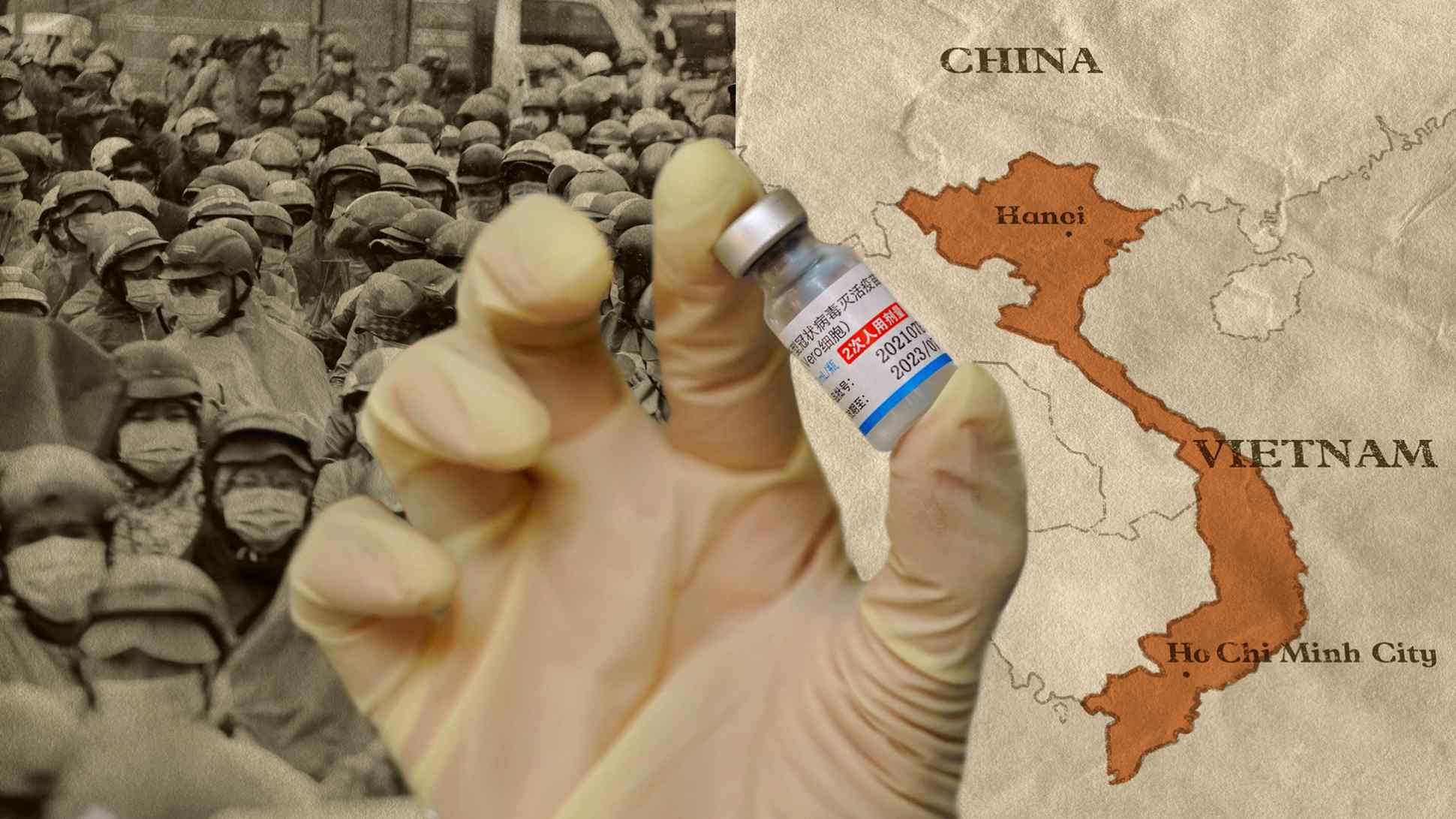 China has announced donations of 5.7 million Sinopharm doses to Vietnam, an important neighbor with which it is often at odds. (Nikkei montage/Nguyen Doc Lap/Reuters)
Asia Insight

HANOI -- The COVID-19 pandemic has caused huge disruptions and grief in Vietnam and badly hit the economy. In politics, it might produce a side effect of improving the country's bumpy relationship with its giant neighbor and occasional nemesis, China.

China has announced donations of 5.7 million doses of its Sinopharm vaccine. The shot is not the preferred one for many Vietnamese, but it is helping to fill local supply gaps and is playing an increasing role in Vietnam's inoculation campaign, which started later than those in some other countries.