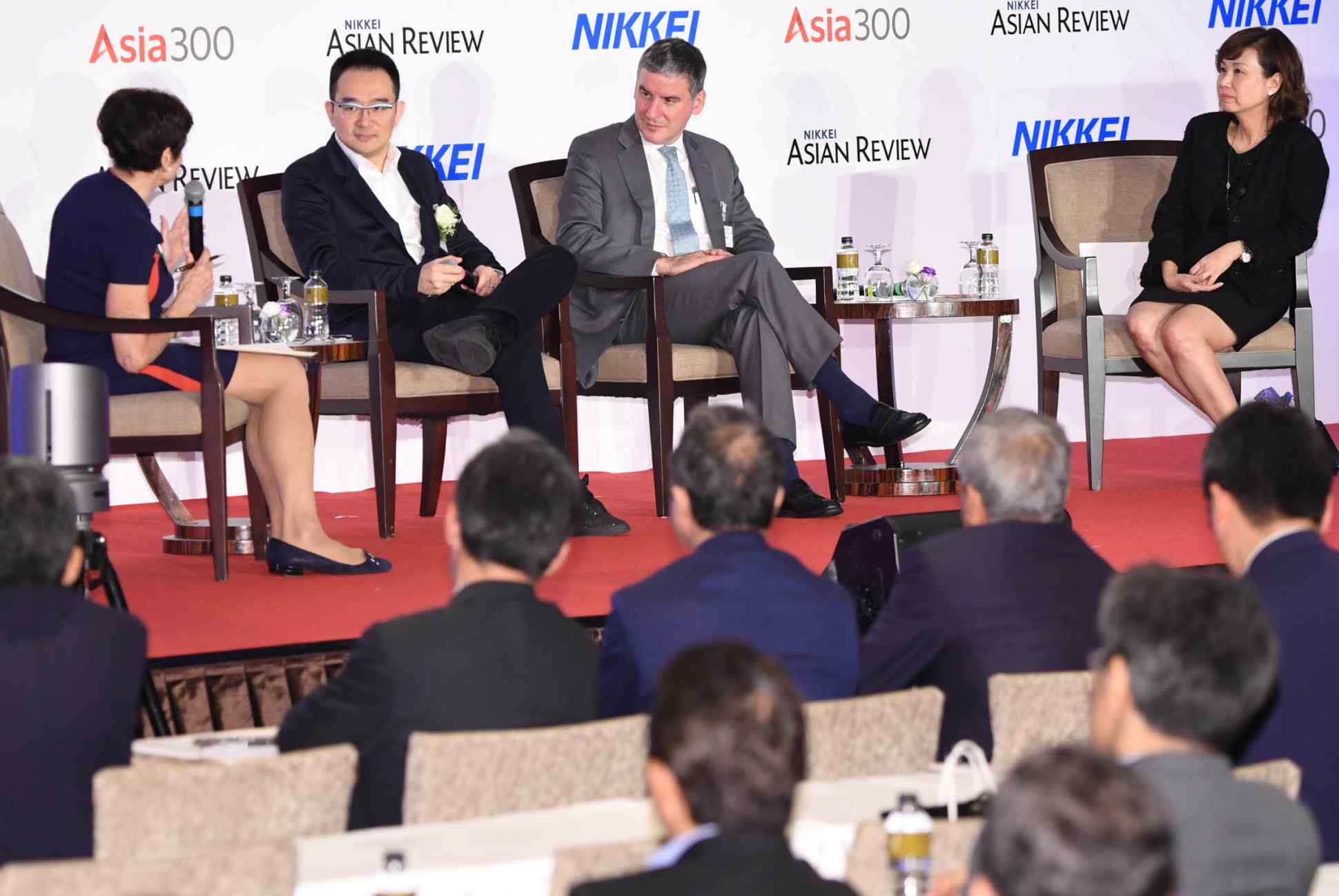 SINGAPORE -- Both regulators and industry officials lack the right analytical and data skills to cope with the wave of disruption washing over the financial industry, according to the technology officers at leading financial companies at Thursday's Nikkei Asia300 Summit in Singapore.

Jonathan Larsen, chief innovation officer of Ping An Insurance (Group) Company of China, said there are "definitely no" people with up-to-date skills among the regulators, which is slowing down the pace of change for traditional institutions.

Citing a recent data theft case at U.S. credit reporting company Equifax, where massive amounts of customer reports were stolen, he said "everything is unencrypted" inside company firewalls at most banks and insurance companies because their systems were built decades ago.

He said the unchanged situation partly reflects the mindset and skillset of the regulators.

On the other hand, Susan Hwee, managing director and head of group technology and operations at Singapore's United Overseas Bank, said "one of the future skills that we are looking for are people with superbly analytical skills or data sets."

She said "The amount of (customer) data that the bank has is actually a lot, but we probably use a fraction of it." But she said data is very important for various jobs in a bank, from product managers to credit approvals.

In terms of regulation, Kevin Guo, founder and co-chairman of China's online marketplace lending company Dianrong, which was founded in 2012, shared how his company has faced tightening regulation in China.

"We can see entrepreneurs set the flow of the fintech industry, but the regulator sets the ceiling," he said. China used to allow innovations to take place and the fix problems once  they arise, but recently the industry players need to predict all the risks in advance, slowing the pace of innovation. "No matter if the regulation is good or bad, you should accept it," he said.

Consequently, some startups are going to Southeast Asia, he said.

But he also said there is a positive effect of China's regulation for startups, pointing to regulatory limits on peer-to-peer transactions. "The regulator helps us set up laws and scales, and (once) industry players followed the laws, it is easier for them to survive," he said.

Ping An Insurance's Larsen said that his company, which is not state-owned, is working with China's local governments to pursue new opportunities. By using data, his company is working with municipalities to eliminate overbilling and fraud of state healthcare insurance. Since China is facing issues such ageing population and increased number of diabetes and obesity, he said, expectations for healthcare services is increasing.

As for China, UOB's Hwee said that the country is experiencing "a very interesting development." Unlike smaller countries, China also "has the size and dynamics and logistics that need for them to develop in a very different way." She noted that Southeast Asia can make use of "tremendous learning opportunities" and ways to apply ideas coming from developments that are happening in China.