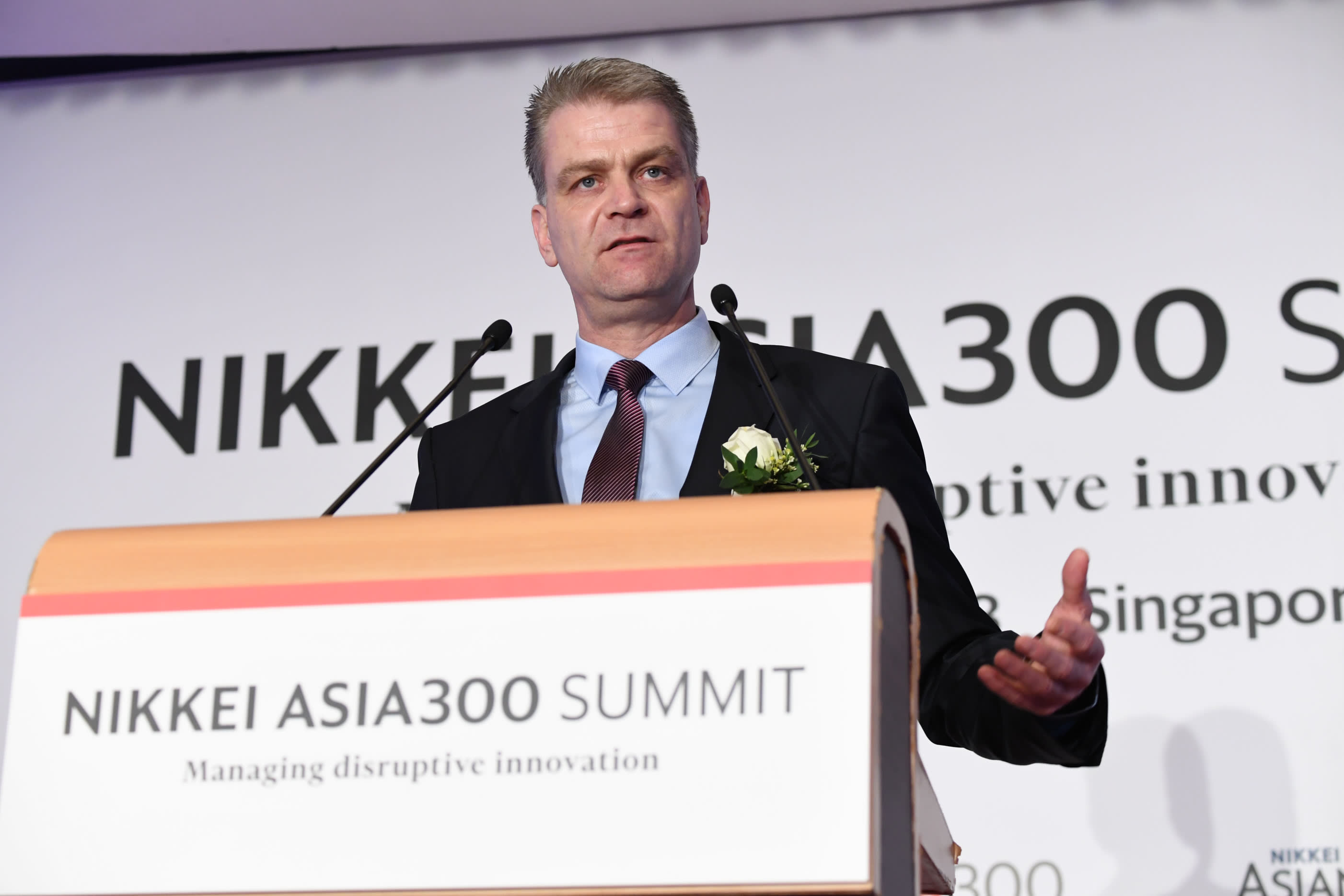 Christian Brecher, Director of the Fraunhofer Institute for Production Technology, speaks about Asia and the new industrial revolution in Singapore on Jan. 18. (Photo by Takaki Kashiwabara)
Asia300 Summit 2018

Japan and Germany stand to gain from 'Industry 4.0'

SINGAPORE -- Countries with strong manufacturing know-how, including Japan and Germany, have an opportunity to regain their competitive technological edge as big data ushers in the "Industry 4.0," era, Christian Brecher, Director of Germany's Fraunhofer Institute for Production Technology, said Thursday at the opening session of the Nikkei Asia300 Summit 2018 in Singapore.

Noting that the U.S. and China had dominated the consumer internet, he said Asia and Europe have an opening in this new era of manufacturing.

"We have the benefit in Japan, in Europe and other parts of Asia of a lot of knowledge about manufacturing," he said. "This is a strong opportunity we have. But the (industrial internet) is not so easy compared to the consumer internet."

He said once data is merged with cutting-edge production technology such as robotics, will bring about a revolution in the manufacturing sector. But right now manufacturers are unable to utilize most of the data they generate in a way that brings benefits to their customers. "We have a lot of production knowledge all over the world, but we are not using the real actual data," he said in his remarks on Asia and the new industrial revolution. "We still wait for explosion of available data."

Tracking live data generated in the manufacturing process and analyzing it in the cloud will create huge gains in productivity, he said. By merging data together with production knowledge, manufacturers will have "chance to monitor quality in real time."

But the big obstacle right now is that "most of the data never reach the cloud," in part because of the bandwidth cost is not falling as fast as the cost of storage and compute, as well as some industries prefer to store data locally for legal reasons.

Big companies, including Siemens, SAP, General Electric and Amazon have been investing heavily in the Internet of Production, he said, and many new companies are entering in the area.

The afternoon session will focus fintech, disruption of the global order and its impact on business, and leadership in the face of disruption.