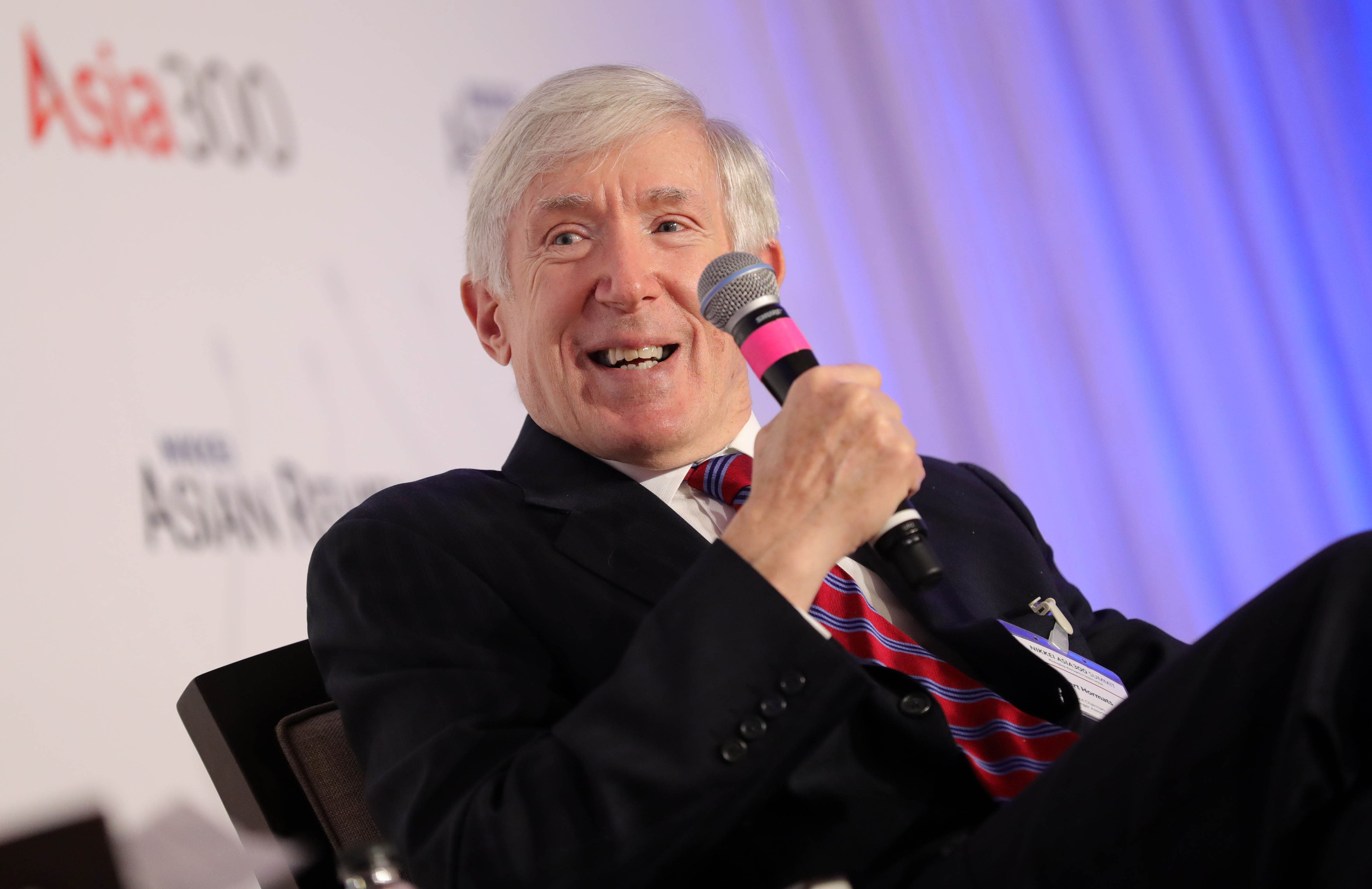 Trade restrictions could be rolled out in coming months

SINGAPORE -- President Donald Trump's administration lacks a coherent trade strategy and made a "tremendous mistake" by pulling out of the Trans-Pacific partnership, Robert Hormats, Vice Chairman of consulting firm Kissinger Associates, said Thursday at the Nikkei Asia300 Summit in Singapore.

Exiting TPP and seeking bilateral trade deals had already weakened the U.S.'s relationship with other countries and with the World Trade Organization, said Hormats, former Undersecretary of State for Economic Growth, Energy, and the Environment in Obama administration.

"Pulling out of TPP was a tremendous mistake for the United States," he said.

He called upon the leaders of TPP-11 countries to go ahead with the trade talks despite the absence of the U.S., saying it would strengthen regional collaboration. "Don't leave the soccer pitch open, get in there, stay in there," he said. "This is the opportunity for all the countries in this region to play a strong role."

Hormats also criticized what he said was an apparent lack of strategic planning on trade policy inside the Trump administation.

"In terms of the US strategy (on trade), I don't know if there is one... and that's what worries me, because great powers cannot afford to be misunderstood," he said. "Not just by allies who depend on us but also by adversaries as they can take advantage."

He warned that countries could soon face harsh trade actions such as countervailing duties and other restrictions if the Trump administration begins to act on some of his campaign promises, which so far have been held up.

"The next two to three months will give a clear picture on what he wants to do" on trade restrictions, he said.

Hormats was senior economic adviser to former US Secretary of State Henry Kissinger and has been credited with helping President Richard Nixon"s administration initiate diplomatic relations with the communist government of China.