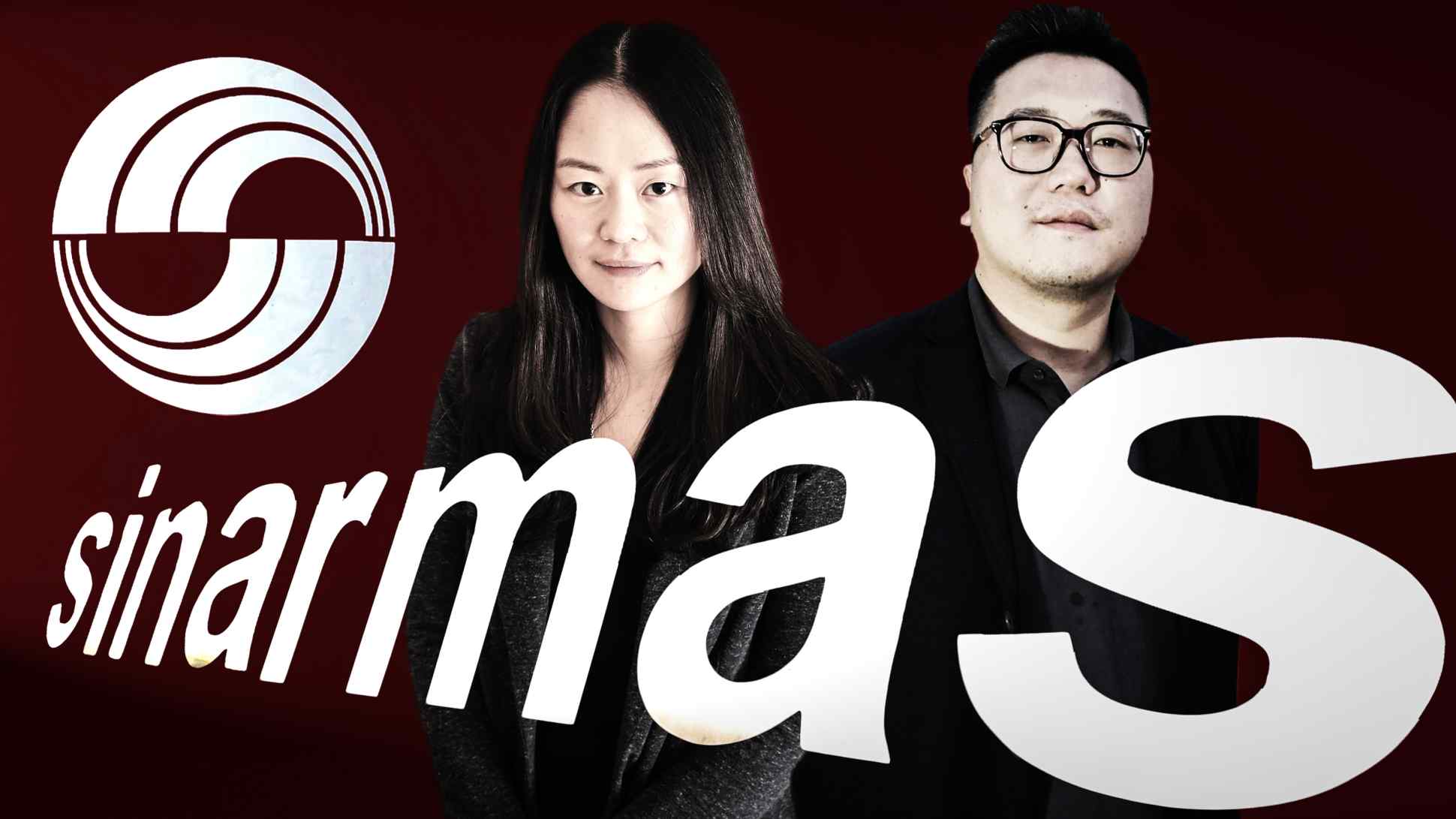 The Chinese-Indonesian dynasty reshaping a $30bn empire via WhatsApp

The Sinar Mas conglomerate looks to the third generation

JAKARTA -- In keeping with their Chinese heritage, the many sons, daughters and grandchildren of billionaire Indonesian magnate Eka Tjipta Widjaja wore all white to the 98-year-old's funeral in February.

"For the greatest gift you've bestowed is the loving family," Eka's grandson Fuganto Widjaja told mourners in a poem composed and recited in English. "Where we shall build upon the roots you've fathered and dignified."

Fuganto's vow of expansion would have pleased many of the funeral guests, especially Eka's sons. They have made it clear to the third generation of Widjajas now looking to take the reins, that future growth will be the only measure of their success.

"We've been asked, challenged by the second generation," said Linda Wijaya, 38, a prominent third generation member who uses the modern spelling of the family name. "Your job is to make sure that you can grow Sinar Mas Group by adding a single zero at the back -- 10 times."

Eka's funeral was also a moment to reflect on his achievements: the global conglomerate he built from nothing, a personal fortune of around $8.5 billion, the many children and grandchildren who now have roles in the company.

It's difficult to exaggerate Eka's influence on Indonesian corporate and political life. "We knew him as a role model," said former president Susilo Bambang Yudhoyono, who, along another former president Megawati Sukarnoputri and current President Joko Widodo, visited Eka as he lay in state at Jakarta's Gatot Subroto Army Hospital. "Especially in the economic and business world."

Still, Sinar Mas has not been without controversy, attracting accusations of financial impropriety, international boycotts by environmental activists, and a $14 billion default in 2001 that remains the largest in emerging markets history. Now it is up to Eka's grandchildren to give Sinar Mas a greener, friendlier face and help it harness new technologies.

Born Oei Ek Tjhong in China's Fujian Province in 1921, Eka emigrated to the Indonesian island of Sulawesi around 1930. After starting out selling biscuits and sweets from a bicycle rickshaw, he founded Sinar Mas in 1938 and gradually built up a profitable trading business.

His first big break came in the 1950s when he began supplying staples for a local army unit in Sulawesi.

His businesses flourished further after General Suharto seized power in 1966 and gradually introduced a system of crony capitalism that favored a handful Chinese-Indonesian business families to carry out the industrialization of Indonesia's economy, handing out valuable concessions. 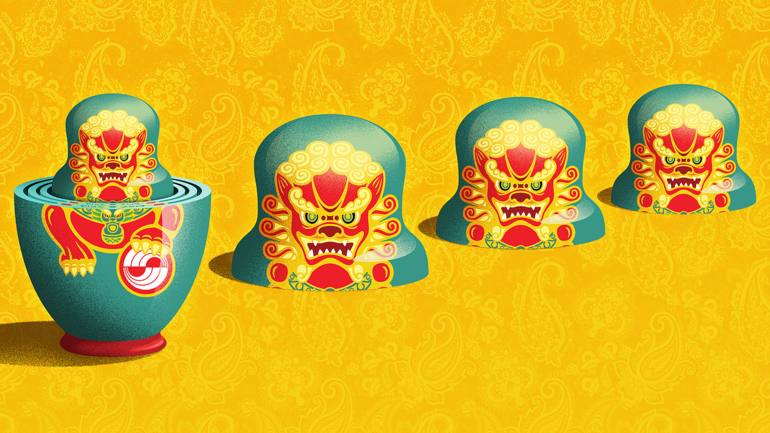 The third generation of the Sinar Mas Group has been challenged by the sons of founder, Eka Tjipta Widjaja, to grow the conglomerate 10-fold. The third generation seems determined to replicate successful Silicon Vally companies, and then keep that business within the family fold. (Nikkei illustration)

The Sinar Mas Group is now one of Indonesia's most powerful conglomerates, with total estimated revenues of around $30 billion in 2018 earned mainly from Golden Agri, the world's second biggest palm oil producer, and APP, now the one of the world's biggest paper manufacturers.

"We believe in the phrase 'one captain per ship," said Linda, who served her apprenticeship at APP under her father Teguh,

But unlike many other Indonesian family conglomerates, with their seemingly transparent succession plans and clear lines of authority, Linda says Sinar Mas operates more like a family council.

Of Eka's many grandchildren, 12 are directly involved in the family business, although "the ones who are running the show, [are] probably less than 10," said Linda. "My cousins and I are, thankfully, very, very close. We keep each other updated and ask each other for help and support."

According to Linda, the third generation tries to meet with their seniors on the Sinar Mas board at least once a week. And, like any other quintessential urban Indonesian family, they tend to communicate more via WhatsApp.

There is a one chat group "for the entire big Widjaja family," said Linda, and another "for those involved in the family business to coordinate about strategies and synergies, and fix overlapping plans and conflicts."

With many of them educated in the U.S. the third generation seems determined to replicate the creative, innovative magic that made companies like Google and Facebook global powerhouses. Their overall strategy seems to be to replicate successful Silicon Vally companies, and then keep that business within the Sinar Mas fold.

Linda, for instance, has her own venture capital fund Latitude Venture Partners and is focusing much of her time on SehatQ, a telemedicine startup. Her cousin Jesslyne Widjaja has a senior role "Sinar Mas Digital Ventures."

Another cousin Michael, 35, now group CEO at Sinar Mas Land, says his mission in life is to create Indonesia's equivalent of Silicon Valley.

Dressed in a navy blazer over a dark gray polo shirt, Michael met Nikkei in his office in BSD City, a 6,000-hectare township developed by Sinar Mas Land outside Jakarta.

BSD City is also home to the Apple Developer Academy, which is co-run by Apple and a local university, as well as an innovation and engineering lab run by Singapore-based ride hailing giant Grab.

BSD will next year open its own innovation lab to incubate startups focusing on property technology in partnership with Digitaraya, a Google startup accelerator, and the local unit of Silicon Valley startup accelerator Plug and Play.

"We run a city here, 6,000 hectares, one-tenth of Singapore," Michael said. "Surely we can get smarter -- in terms of traffic, security, identification, automation."

Michael is also personally invested in CoHive, a local co-working space startup that is an attempt to stave off threat from real estate disruptors such as WeWork. "By being close to the industry, I am exposed to these innovations and what they actually do, and how they want to disrupt certain industries."

From his spacious fifth floor office in Green Office Park, Michael looks onto an open-air mall covered in greenery, and signs here and there with slogans such as "save the earth" and "less plastic."

It's a far cry from 2011 when Greenpeace activists hung a banner from the roof of Mattel's Los Angeles headquarters with a message from Barbie's boyfriend Ken declaring "I don't date girls that are into deforestation." 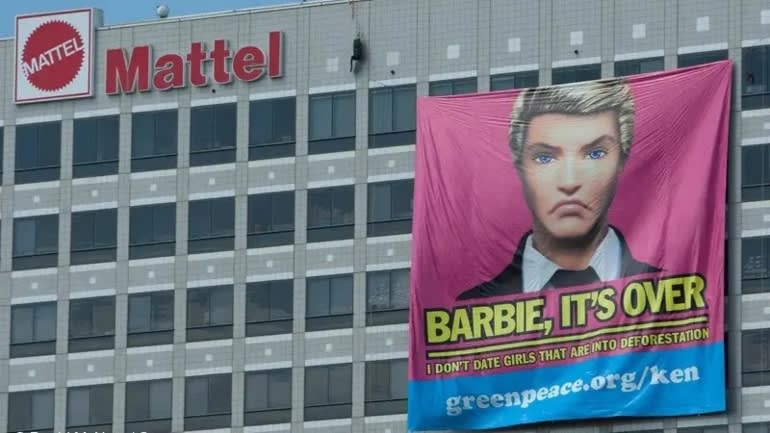 The stunt was part of a worldwide campaign against Sinar Mas' role in clearing Indonesian forests and drew such a huge public response that Mattel eventually terminated its contract with Sinar Mas' APP, whose products Mattel used in its toy packaging.

The company remains unwilling to open up to the public when it comes to monitoring and transparency around its suppliers, said Taufik, adding that Golden Agri is till sourcing palm oil from growers who conduct large-scale land clearing.

"These things show that they're not being serious," Taufik said.

Michael remains undeterred, saying he is committed to the transformation of BSD City into a green, smart city with less plastic and less pollution than Jakarta.

"Different industries require different things," he said. "But being environmentally sustainable is happening across all divisions [in Sinar Mas] -- paper, palm oil, deforestation and all that."

Another major source of controversy over the course of the group's 80-year history came after the 1998 Asian financial crisis when APP, which was listed on the New York Stock Exchange, defaulted on corporate bonds worth nearly $14 billion.

Asia's biggest corporate default, it eventually led to the company's delisting and shortly after, the group was forced to sell its banking unit, Bank Internasional Indonesia.

Jacintha Poh, vice president and senior credit officer at Moody's Corporate Finance Group, told Nikkei that while there is still a stigma attached to Sinar Mas over the default, many of its business units today seem fundamentally strong.

For Franky Widjaja, 61, who heads Golden Agri but was also the first limited partner Southeast Asia focused venture capital fund East Ventures "there are many ways to Rome."

"We have our own strength," Franky told Nikkei in an interview. "But there are many other things that we don't know. So hopefully [through East Ventures], we can get to Rome faster." 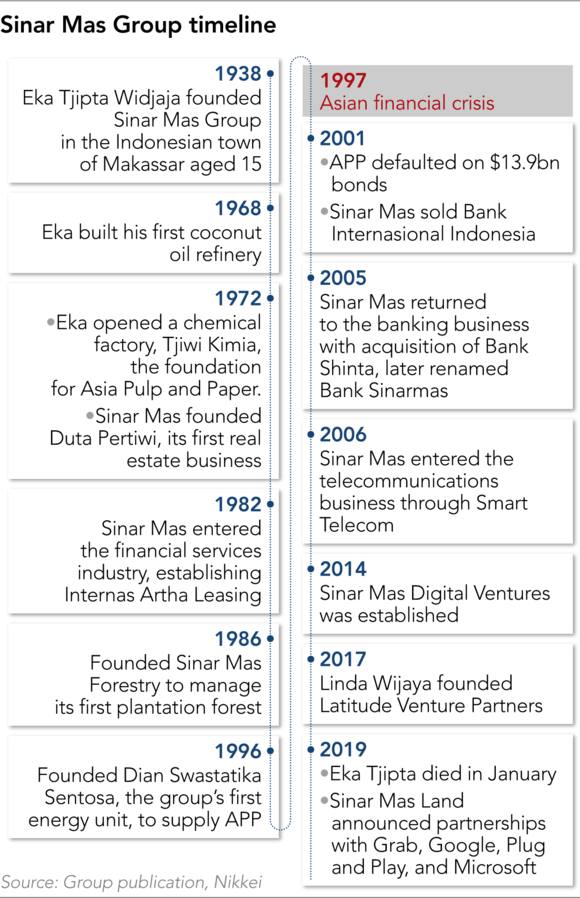