Beijing courts Micronesia in push for rival base to Guam 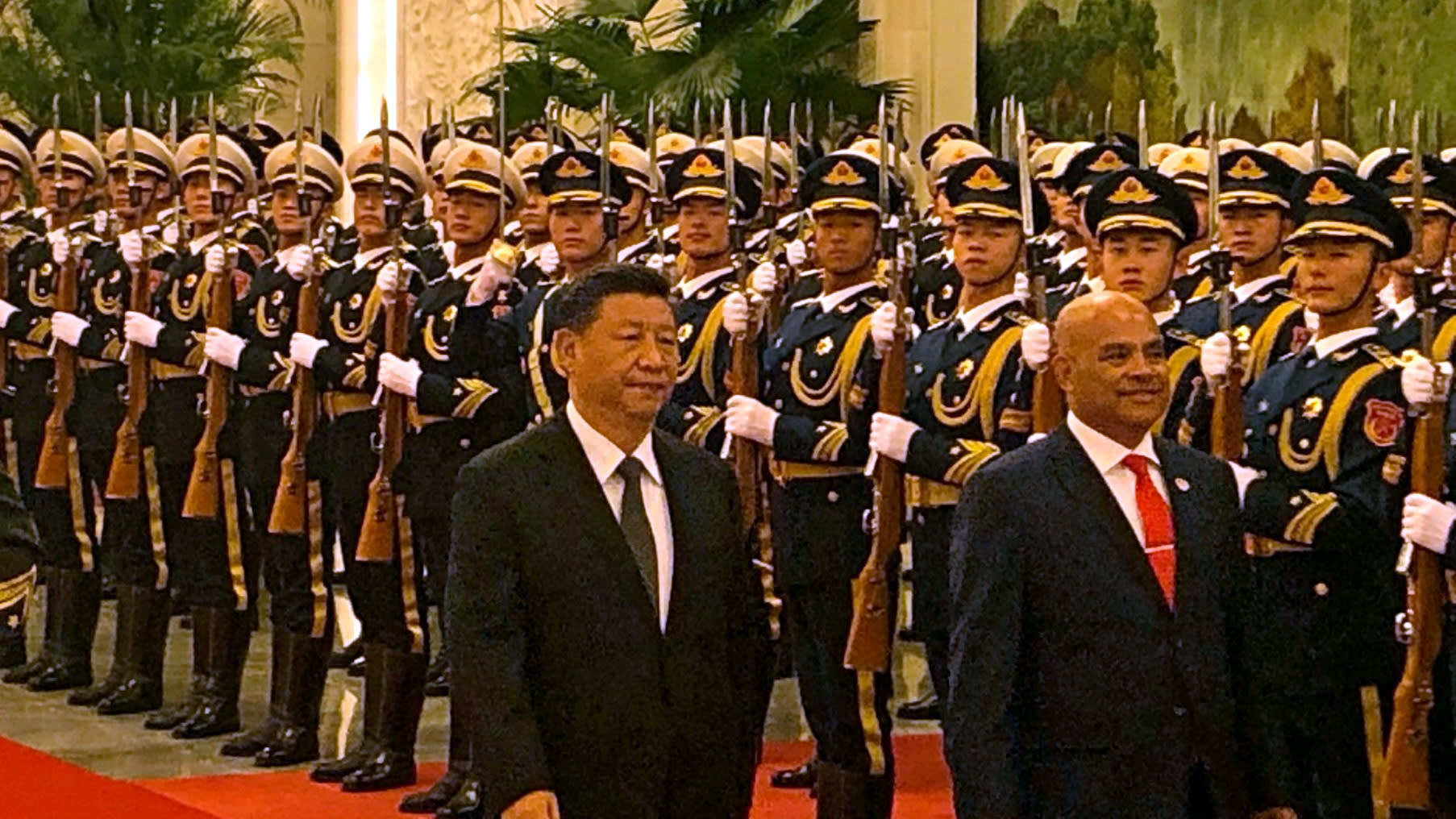 BEIJING -- Chinese President Xi Jinping met with his Micronesian counterpart in Beijing on Friday, promising economic assistance for infrastructure construction, part of China's efforts to chip away at traditional U.S. partnerships in the South Pacific.

"China is willing to offer economic and technical assistance to Micronesia within its own capacity," Xi said, according to the state-run Xinhua News Agency. He added that the countries should work together in trade, investment, agriculture, fisheries and infrastructure construction under Beijing's Belt and Road infrastructure-building initiative.

As Beijing works to undermine the U.S. alliance with the South Pacific island nations of Micronesia, Palau and the Marshall Islands, Beijing is aggressively courting strategically located Micronesia.

Officially the Federated States of Micronesia, the Pacific island nation is relatively near the U.S. naval base in Guam, which houses nuclear submarines and strategic bombers. The federation's Yap Islands are about 700 km away from Guam, and the U.S. Navy is active in the area.

Many believe China wants to set up a deployment and refueling hub for its vessels in Micronesia to counter the American military presence in Guam. Even a purely diplomatic overture would exert pressure on the U.S.

Under the Compact of Free Association, the U.S. provides financial assistance to Micronesia, Palau and the Marshall Islands in exchange for them hosting U.S. bases. The three Pacific states may not house military bases of other countries while the agreements are in place.

The current compact between Micronesia and the U.S. lasts until 2023. But it faces heavy opposition on the islands, creating an opening for China to expand its clout.

Meanwhile, Beijing has taken a carrot-and-stick approach with Palau, which has a diplomatic relationship with Taiwan. China essentially banned packaged tours to Palau in 2017. Now, some news outlets report it is offering to shoulder the financial aid Palau currently receives from the U.S. if the island nation scraps its Taiwan ties in favor of the mainland.

China's economic influence is a threat, Marshall Islands President Hilda Heine said in Washington in May, according to the Pacific Islands Centre.

But it is unclear how successful China's efforts will be, with Pacific nations appearing to play the two sides against each other in hopes of obtaining the best possible outcome for themselves. U.S. Secretary of State Mike Pompeo visited Micronesia in August, where he met with leaders from that country, the Marshall Islands and Palau to affirm their economic and security cooperation.

Heine issued a statement in September doubling down on the Marshall Islands' ties with Taiwan. "We've all seen China's attempts to expand its territory and footprint, and this should be of great concern to democratic countries," she said.

Panuelo met with Japanese Prime Minister Shinzo Abe in Japan, a U.S. ally, on Nov. 14. The leaders agreed to work together toward the success of the Pacific Islands Leaders Meeting to be hosted by Japan in 2021.