China exploits rift between US and Russia to court Ukraine 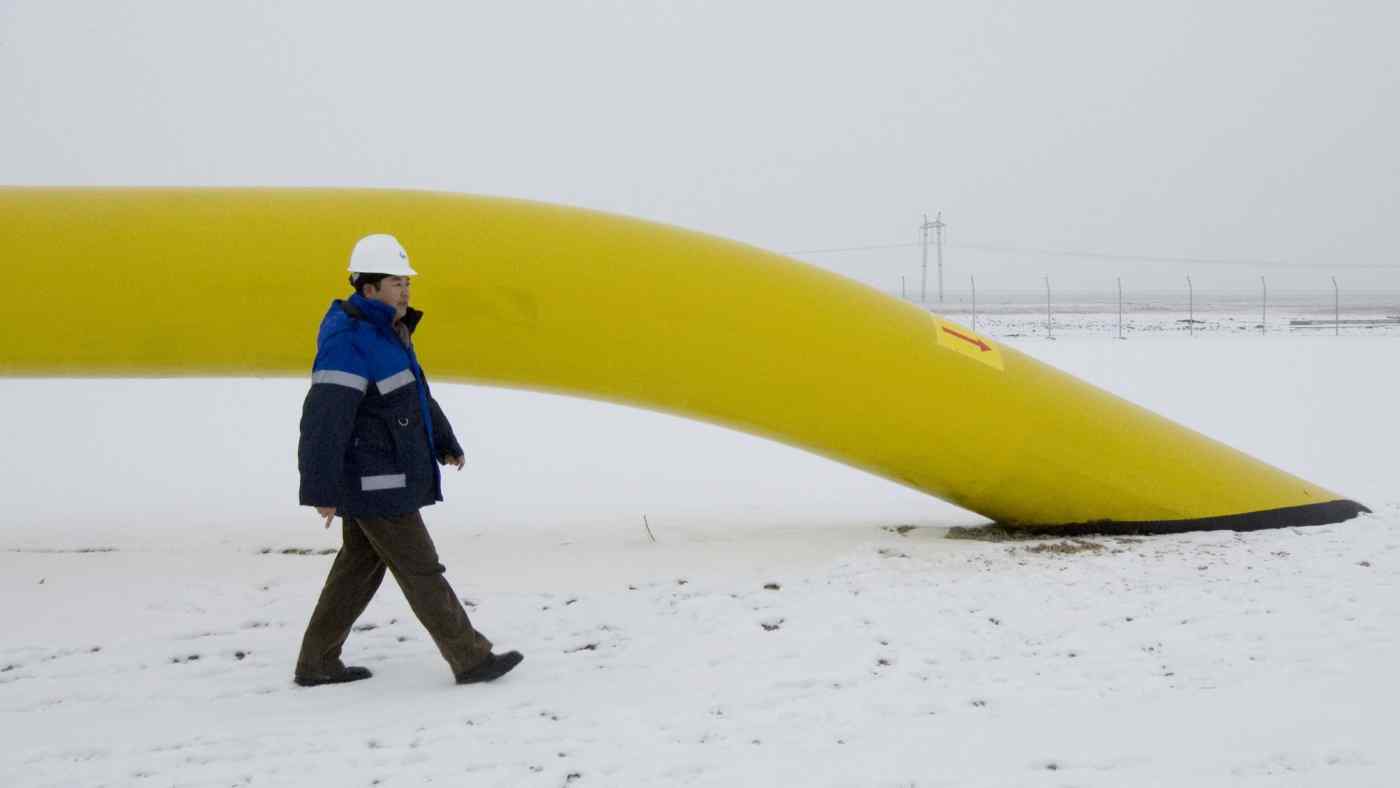 MOSCOW -- As Beijing bankrolls projects in Central Asia to promote its Belt and Road Initiative, countries in the region are at risk of granting China valuable concessions to ease their heavy debt burdens.

Turkmenistan faces an economic crisis, with reports leaking from the country of long queues snaking outside of grocery stores, one-month waits for flour and road closures by housewives demanding food.

The country's currency is officially quoted at about 3.50 to the dollar, but the manat has weakened rapidly on black markets to 18 or 19, local sources say. In addition to a shortage of daily necessities, the government forced hefty price increases on gas and water. Inflation has hit 300% by one estimate.

Some think the current crisis is worse than the turbulence that immediately followed the Soviet Union's collapse.

Turkmenistan relies on natural gas exports for 70% of its revenue. The nation's drift toward China accelerated in 2009 when it opened a pipeline to the Asian power through Uzbekistan and Kazakhstan while relying on funds from Beijing to fund gas field development and infrastructure construction. The loans total about $8 billion, according to the CIS Institute think tank, with money for repayment coming from gas export proceeds.

But Turkmenistan's revenue from natural gas exports last year was reportedly half the level of 2015 as Russia halted shipments from the country and Iran suspended imports due to a contract dispute. Lax spending on infrastructure and corruption have contributed to the decline in the nation's finances as well. Some predict that Turkmenistan will have to hand over gas fields to China as repayment for its debts.

Central Asian countries are bolstering relations with Beijing as they vie for a piece of the Belt and Road Initiative, which stretches from China to Europe. Borrowing from Beijing has ballooned in all but Kazakhstan, which receives direct investment from various countries, and Uzbekistan.

Neighboring Tajikistan handed over a gold mine to China in April as remuneration for $300 million in funding to build a power plant.

Kyrgyzstan reportedly has a contract with a state-run Chinese bank for a power plant in the capital of Bishkek that includes a clause giving Beijing control of wide-ranging assets if the country defaults on its repayments. China is also thought to be demanding concessions in negotiations for railway construction funding.

Hidden risks in Belt and Road projects came to light after Sri Lanka in 2017 gave China the operating rights to the Hambantota port for 99 years as the island nation struggles to repay debts.

China aims to become the dominant force in Central Asia in order to drive down the price of acquiring resources, said Andrei Grozin, who heads the Central Asia department at the CIS Institute.

Beijing also plans to invest in infrastructure and agriculture projects in former Soviet states like Ukraine that seek integration with the European Union, increasing its influence in Eastern Europe as antagonism between Moscow and Washington grows.

Ukraine and China agreed to $7 billion in joint projects at an intergovernmental commission in late 2017. Construction of highways and grain export bases is progressing.

"A pro-China faction is quietly rising," said a high-ranking Ukrainian official, as investment from the U.S. and Europe slows due to a virtual state of war between Kiev and Moscow.

China is targeting Ukraine's military technology, a field in which Kiev has excelled since the Soviet era. After a Chinese company took a 41% stake in Motor Sich, a manufacturer of engines for military transport vehicles and helicopters, Ukrainian courts froze the deal.

Moscow seems to tolerate China's growing clout in Russia's sphere of influence. Some think Moscow prefers China to democratic and economic reforms promoted by the U.S. that emphasize transparency and rule of law. Concern exists that more Chinese money will stall Western reforms in these countries.