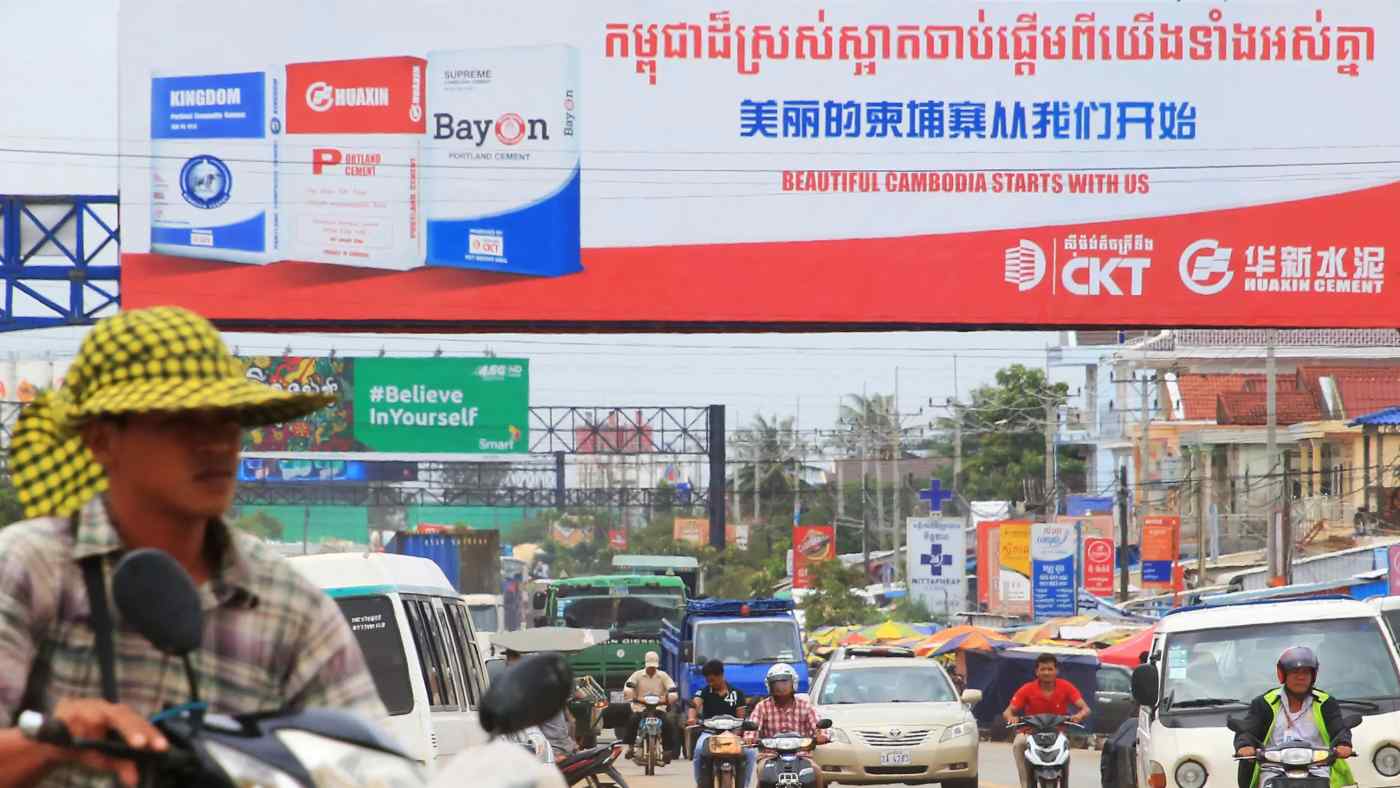 When Hun Sen spoke at Friday's groundbreaking ceremony outside Phnom Penh, he emphasized how China was instrumental in getting the project underway.

"The expressway would not be possible without the resolve of the Chinese government," he said. The audience included Kong Xuanyou, a Chinese vice minister of foreign affairs, as well as representatives from China's construction industry.

Cambodia signed a build-operate-transfer contract last year with China Road and Bridge Corp., under which the state-owned enterprise would foot the project's costs. The 190 km highway, slated for completion in 2023, will stretch from the capital of Phnom Penh to the southwestern port city of Sihanoukville, along what is reportedly Cambodia's top freight route by volume.

Sihanoukville, which houses Cambodia's only deep-water port, is the country's biggest export hub. It is already connected to Phnom Penh by National Road No. 4. But the two-lane motorway is "chronically congested, and the road is not good either," said a logistics provider.

The new four-lane expressway is expected to cut travel time between the cities to as little as two hours from around five now.

While Japan was Cambodia's largest benefactor until the mid-2000s, the country has come to depend largely on Chinese largesse and investment. Hun Sen, in turn, has become one of the staunchest advocates for Chinese interests among Southeast Asian leaders. Concerns have been raised that this pattern will become more pronounced as China increases its influence.