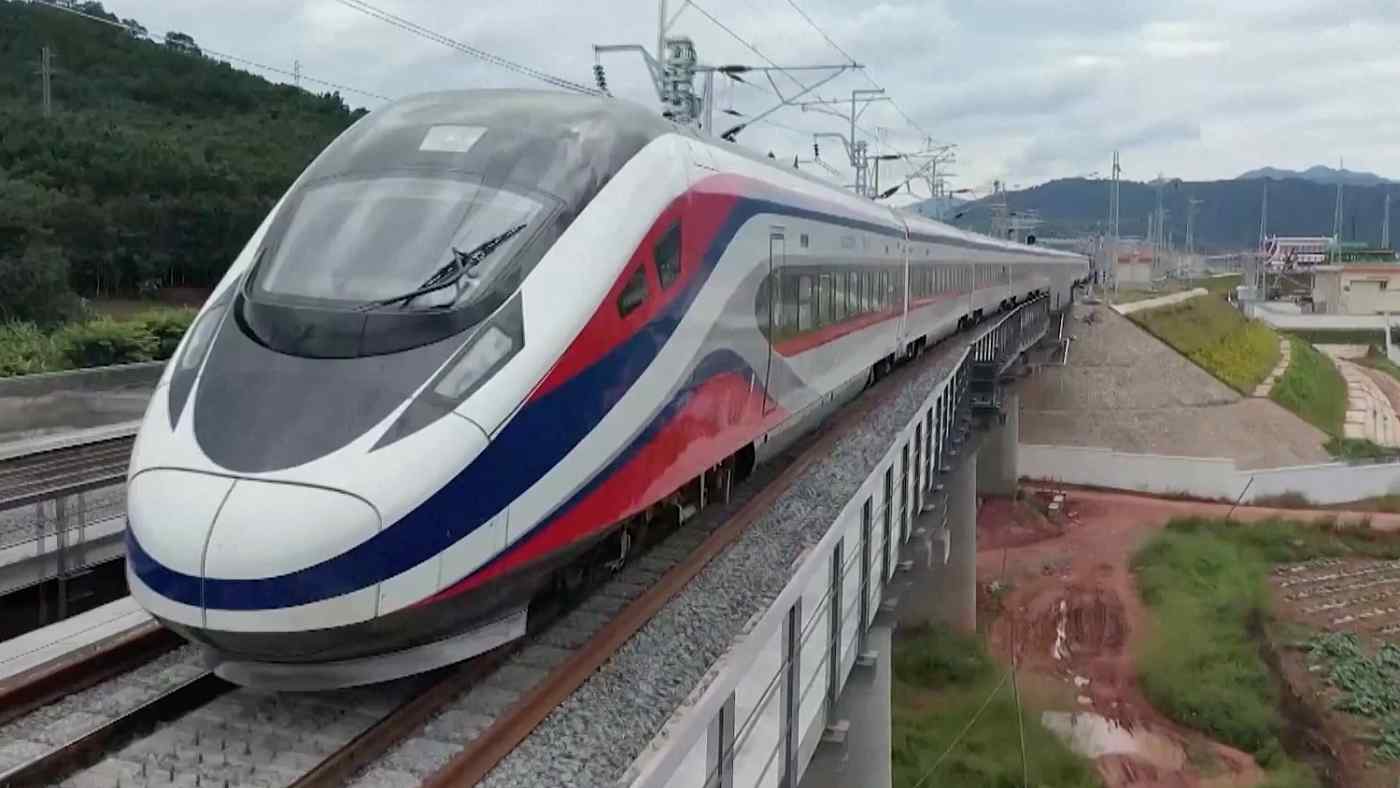 The China-Laos bullet train will compress what is normally a two-day road trek through rugged mountain terrain into a brisk three hours or so.   © CCTV/Reuters
MARWAAN MACAN-MARKAR, Asia regional correspondentNovember 30, 2021 18:11 JST | Laos
CopyCopied

BANGKOK -- Rising COVID-19 cases in Laos are overshadowing the launch of a high-speed train to China billed as an engine of growth for the impoverished Southeast Asian country and a new route for Beijing to extend its reach deeper into the region.

Laos' infections are now averaging over 1,000 per day. This has prompted the government of the one-party communist state to limit the train's ridership on its inaugural run on Friday to officials. Prime Minister Phankham Viphavanah is expected to lead party apparatchiks and bureaucrats aboard the seven carriages of the sleek bullet train, gleaming with red, blue and white stripes, the colors of the Laotian national flag.